JEDDAH – The Organization of Islamic Cooperation (OIC) has condemned the ongoing slaughter in the Syrian city of Aleppo, as monstrous indiscriminate bombings of civilian areas buried hundreds of families.

The OIC Secretary General, Iyad Ameen Madani, called on the international community, particularly the sides that undertook to impose the cessation of hostilities in Syria, for rapid intervention to stop the massacres endured by the residential areas, which has caused the death of innocent civilians and the rise in systematic killing operations, destruction and devastation of the city of Aleppo, a statement published on OIC website reads.

Hundreds have been killed in recent days by indiscriminate bombings of civilian areas, including dozens killed in attacks on medical facilities.

In a widely condemned incident on Wednesday, a hospital received a direct hit, killing up to 50 people, including three doctors, according to French medical charity Médecins Sans Frontières (MSF).

“Al-Azhar is deeply concerned about media reports on the human situation in the Syrian city of Aleppo due to the shelling of hospitals and places of worship and the killing of civilians in the city, resulting in the murder and injury of dozens of people, including children, women and displacement of many families,” El-Tayeb, who holds the highest seat of religious learning in the Sunni world, said in a statement on Friday, April 29.

“The killing and destruction seen all over the media, and the search for victims among the debris, are not recognized by any traditions or religion. It violates all doctrines and international charters that call for respecting human beings and their right to a safe and decent life,” he added.

Pope Francis has also decried worsening violence in Syrian, particularly in the northern city of Aleppo.

During his traditional Sunday remarks in St. Peter’s Square, Francis lamented that a “spiral of violence” is “reaping innocent victims, even among children, the sick and those who with great sacrifice are committed to helping their neighbors.”

He went on to say that he is “exhorting all sides involved in the conflict to respect the cessation of hostilities and reinforce ongoing dialogue,” which he says is the only path that leads to peace. 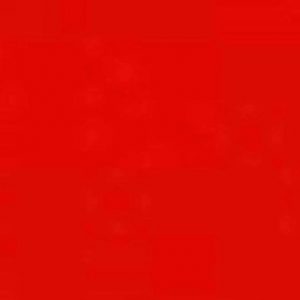 “‪#‎MakeFacebookRed to highlight the bloodshed in Syria especially in Aleppo where hospitals continue to be bombed and civilians killed on a daily basis,” one Facebook user wrote.

On the other hand, an American leading Muslim advocacy group has demanded that the Obama administration join with the international community in taking “immediate and concrete steps” to stop the escalating slaughter of the Syrian people by the Assad regime and its allies.

“We condemn the barbaric assaults on Syria’s civilian population and medical facilities by the Assad regime and its allies. We also express the American Muslim community’s solidarity with the Syrian people, who have suffered years of slaughter, torture, rape, and dispossession while the international community offered little more than crocodile tears,” Council on American-Islamic Relations (CAIR) said in a statement obtained by AboutIslam.net.

“We demand that our government take immediate and concrete steps to stop this most recent slaughter of Syrian civilians and move beyond words in supporting their just demands for freedom and dignity. The Syrian people need action, not diplomatic mumblings.

“Our nation and the international community must act to end all outside support for the Assad killing machine and provide those Syrians seeking a free and democratic society the means with which to achieve their goal.”

“Finally, we call on the American Muslim community and all other citizens of conscience to pray for the Syrian people.”

Anger over attacks has been maximizing on social media over the past days,

Activists are calling on Facebook users to turn their profile pictures red to shed light on the violence in Syria that has claimed the lives of hundreds of thousands of people.

“‪#‎MakeFacebookRed to highlight the bloodshed in Syria especially in Aleppo where hospitals continue to be bombed and civilians killed on a daily basis,” one Facebook user wrote.

“#MakeFacebookRed to raise awareness of the humanitarian catastrophe in Syria. ‪#‎AleppoIsBurning.”