MAKKAH – The General Presidency for the Two Holy Mosques in Saudi Arabia has begun services to aid elderly and infirm pilgrims as well as those with special needs during the ongoing Hajj season, Arab News reported on August 20.

“Among these services is a small talking watch for the visually impaired. These watches tell the time and prayer times via audio alerts,” a spokesperson of the presidency told the Saudi Press Agency.

Moreover, a fleet of 700 electric vehicles and hundreds of wheelchairs have been provided by the Department of Mobility Services at the Grand Mosque to help elderly and disabled pilgrims perform Hajj.

The electric vehicles are being maintained by a special team of staff, including supervisors, technicians, and administrators.

Other services provided are allocated entrances to ease access to prayers. These are gates number 63 and 68, which were built during the expansion period of the late King Fahd.

Meanwhile, the General Presidency of the two holy mosques has launched the “umbrella for every pilgrim” program. 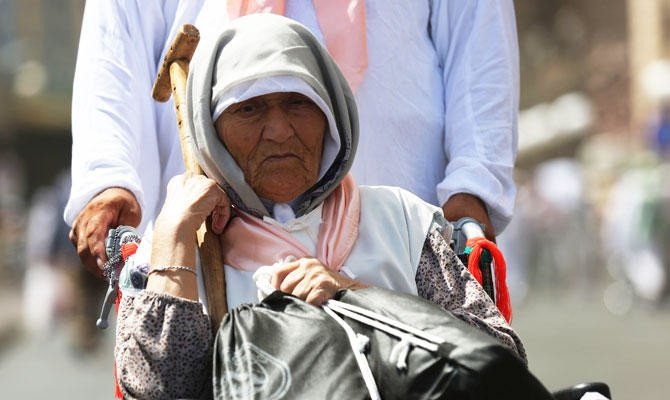 Interestingly, some provisions include a pen that serves as a Qur’an reader for the visually impaired and elderly, and a service for holding and carrying copies of the Qur’an for those who are unable to hold them.

Another service is the distribution of canes for the blind and visually impaired to help guide their path while walking. In addition, a device that assists in Tayamom (dry ablution) is also available.

The presidency’s special needs unit will also distribute booklets on how to perform Hajj, along with guides who can show guests how to pray and explain important rituals to be performed. 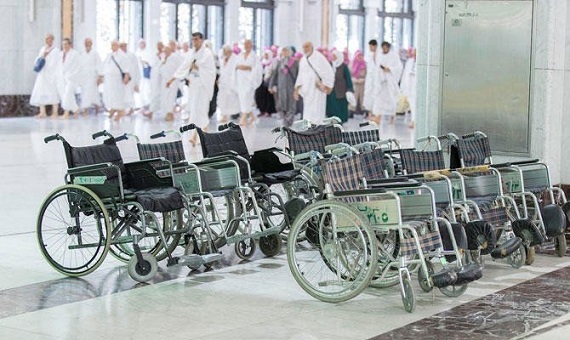 Hajj is an annual Islamic pilgrimage and an obligatory religious rituals event for every abled Muslims. It should be carried out by adult Muslims at least once in their lifetime provided they are financially and physically fit.

Thus, elderly and disabled Muslims aren’t obliged to go for Hajj because of the journey’s physical demands. However, Muslims don’t prefer to waste this spiritual opportunity for good deeds.

In fact, Islamic Shari’ah encourages Muslims to be creative and engage in scientific breakthroughs. It calls the Muslim societies to benefit from the useful applications of technology in daily life.