Islam’s holiest sites, the Grand Mosque in Makkah and the Prophet’s Mosque in Madinah, are fully geared to welcome thousands of Muslim Umrah pilgrims during the holy fasting month of Ramadan, which’s half a week away, Saudi Gazette reported.

“The Presidency for the Affairs of the Two Holy Mosques has unprecedented arrangements to welcomes the guests of Allah this year,” said sheikh Abdurahman Al-Sudais, head of the Presidency.

The municipal departments and civil agencies have swung into action to offer the best possible services to the Muslim worshippers to the holy cities during Ramadan, which marks the peak of the annual Umrah season.

“We carried out several campaigns to give finishing touches to the operation plans for the holy month. We approved the Ramadan plan in eight pivotal areas such as service, administration, finance, media, public relations, guidance, as well as scientific, intellectual and engineering fields,” Al-Sudais informed.

The sheikh also informed that he has discussed with imams and khateebs of the Grand Mosque the aspects of implementing the Ramadan plan. 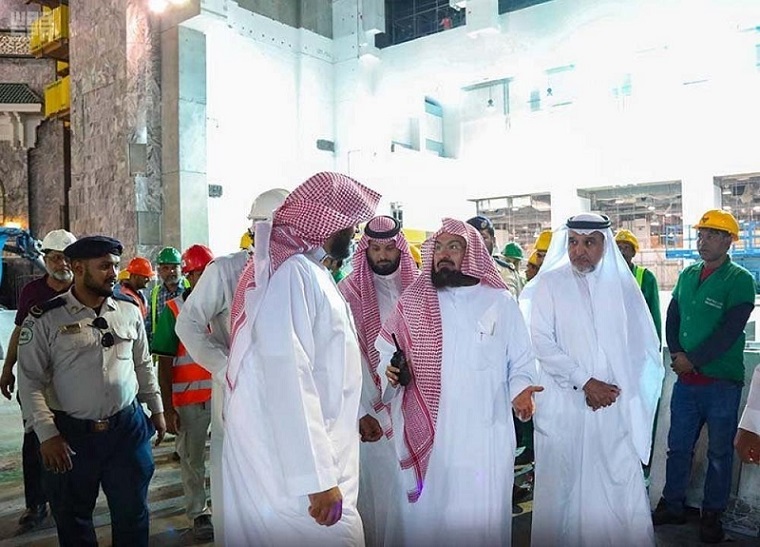 He has also “finalized the schedule of imams who will lead the obligatory, tarawih and night prayers during the holy month.”

According to the officials, “the agency of the Haram Presidency in Madinah has also mobilized more than 5,000 employees and cleaning workers in the Prophet’s Mosque in preparation for Ramadan.” 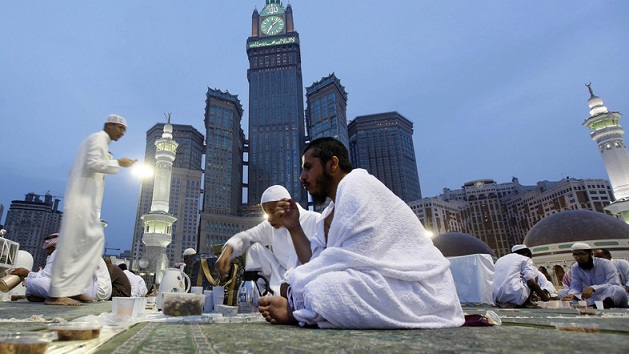 Worshippers eat during Iftar or breaking of the fast, at the Grand Mosque in the holy Muslim city of Makkah, Saudi Arabia. (AP Photo/Hadi Mizban)

Ramadan is the 9th month of the Islamic Hijri calendar, and the month in which the Qur’an was revealed to Prophet Muhammad (PBUH). Fasting the entire month of Ramadan is one of the Five Pillars of Islam.

Furthermore, Laylat al-Qadr is observed during one of the last ten days of Ramadan, typically the odd nights. Muslims believe that praying throughout this night is rewarded equally with praying for a thousand months (just over 83 years i.e., a lifetime).

Multiplies rewards, for one thing, Ramadan is a blessed month where the rewards for all of our good deeds are multiplied.