MADINAH – As part of their efforts to provide the  pilgrims with the best service, officials at Prince Mohammad Bin Abdel Aziz International Airport in Madinah have welcomed the pilgrims with gifts, desserts, and bouquets of flowers.

The special welcoming event was organized under a campaign that tells pilgrims: “Perform Hajj, We are Honored to Serve you!”, the Saudi Press Agency reported on August 8.

The department has increased the number of qualified staff members to complete the arrival procedures for pilgrims quickly and with accuracy. 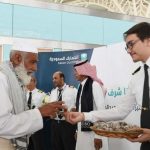 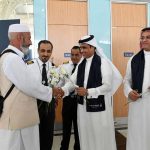 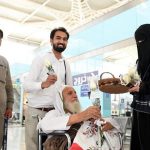 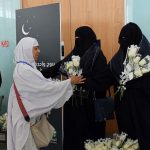 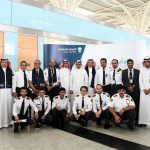 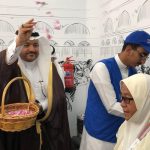 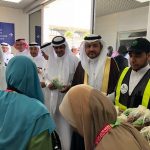 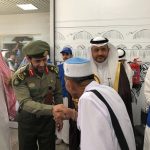 To visit Madinah isn’t a Hajj or Umrah rite, but the unique merits of the Prophet’s city, his Mosque, and his sacred tomb attract every pilgrim to visit it. There is no Ihram nor talbiyah for the visit to Madinah or the Prophet’s Mosque.

The Prophet Muhammad (PBUH) has also said: “The person who offers 40 prayers consecutively in my Mosque, without missing a prayer in between, will secure immunity from the fire of Hell and other torments and also from hypocrisy.” (Musnad Ahmad).