“The Quran tells Muslims to ‘repel evil by that which is better,’ and here we’re planning to do exactly that,” Dr. John Robbins, executive director of the Massachusetts chapter of the Council on American-Islamic Relations (CAIR), said in a statement sent to AboutIslam.net.

“It’s deplorable for leaders of recognized anti-Muslim hate groups, who are identified as such by the Southern Poverty Law Center alongside neo-Nazis and white supremacist organizations, to be given a platform anywhere in our state, but especially at a place of worship.

“We want to show those who would hear negative messages about Islam at the event the truth: that their Muslim neighbors are purveyors of peace within their communities,” he added.

The event, organized on Wednesday, November 2, was held outside a scheduled panel discussion at the Ahavath Torah Synagogue featuring Islamophobes Frank Gaffney, Jerry Boykin and Tom Trento, all of whom the Southern Poverty Law Center has identified as anti-Muslim extremists or hate group leaders.

The event has already been protested by a coalition of almost 100 interfaith leaders, including some of the most prominent religious leaders in the Boston-area Christian and Jewish communities.

The faith leaders even released an open statement expressing deep concerns about the event, Robbins added.

Over the past months, Republican presidential candidate Donald Trump has been accused of fueling anti-Muslim and anti-refugee sentiment, pointedly calling for Muslims to be prevented from entering the United States in December last year.

The rhetoric has made a surge in anti-Muslim attacks.

In a 2015 hate crime statistics report, 16.1 percent of 1,140 religious hate crime victims were Muslim, up from previous years, despite the fact that overall hate crime numbers among other religious groups were declining, the FBI said. 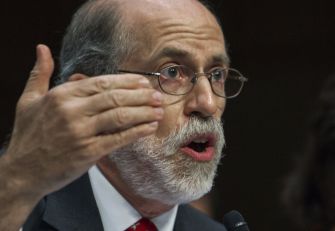 Gaffney is a notorious anti-Muslim conspiracy theorist who has claimed that “most of the Muslim-American groups of any prominence in America are now known to be, as a matter of fact, hostile to the United States and its Constitution.

He is a key promoter of the bizarre conspiracy theory that Muslims in public service are infiltrating the government on behalf of the Muslim Brotherhood.

Gaffney has questioned “whether Obama is a natural born citizen of the United States,” claimed the Missile Defense Agency logo is part of a “worrying pattern of official US submission to Islam,” claimed an aide to Hillary Clinton was a secret Muslim Brotherhood operative, was a key witness for the plaintiffs in a controversial lawsuit seeking to block construction of a Tennessee mosque, promoted the debunked claim that Dearborn, Mich., is a “ghetto enclave in which it’s Muslim-only,” and hosted “white supremacist” Jared Taylor on his “Secure Freedom” radio program.

Gaffney’s staff attorney, David Yerushalmi, has advocated outlawing the practice of Islam in America and is the key promoter of anti-Islam bills in state legislatures nationwide, including one being voted on today by the Idaho legislature.

When leading GOP presidential candidate Donald Trump proposed a ban on all Muslims entering the United States, he quoted from a sham survey commissioned by Gaffney’s organization.

Retired Lieutenant General William G. “Jerry” Boykin, has stated that “[Islam] should not be protected under the First Amendment,” that there should be “no mosques in America” and that there can be no interfaith dialogue or cooperation between Muslims and Christians.

In 2012, CAIR welcomed Boykin’s withdrawal from a prayer breakfast at the U.S. Military Academy at West Point following a controversy over his bigoted views.

Boykin has argued that “We need to realize that Islam itself is not just a religion – it is a totalitarian way of life. … It should not be protected under the First Amendment, particularly given that those following the dictates of the Quran are under an obligation to destroy our Constitution and replace it with Sharia law.”

At a 2013 event marking the anniversary of the 9/11 terror attacks, Tom Trento spewed Islamophobic rhetoric in the presence of law enforcement authorities, public officials and schoolchildren.

He told the audience: “I’m not talking about radical Islam or moderate Islam. I’m talking about all Islam. Their goal is to get every single one of us to convert to Islam. And they won’t stop until we do.”