At the 2018 Annual General Meeting at the Muslim Council of Britain (MCB), the youngest ever Deputy General Secretary was appointed.

Haasan Joudi, aged just 28, makes the transition from working on mosque-focused projects to the leadership of the MCB.

In an exclusive interview, AboutIslam caught up with Hassan and asked him a few questions on his appointment:

Q: Why are you supporting the MCB?

A: The MCB is a broad-based, independent, democratic and cross-sectarian organisation where I’ve met so many fantastic and dedicated people. As an umbrella body we have a responsibility to serve our affiliates and I’m passionate about doing the best job I can for them and the wider Muslim communities in Britain.

Q: Do you feel your age will affect your ability to deliver/contribute?

A: No, anyone whether young and old has the potential, and its down to each and every one of us to unlock it in ourselves and those around us! 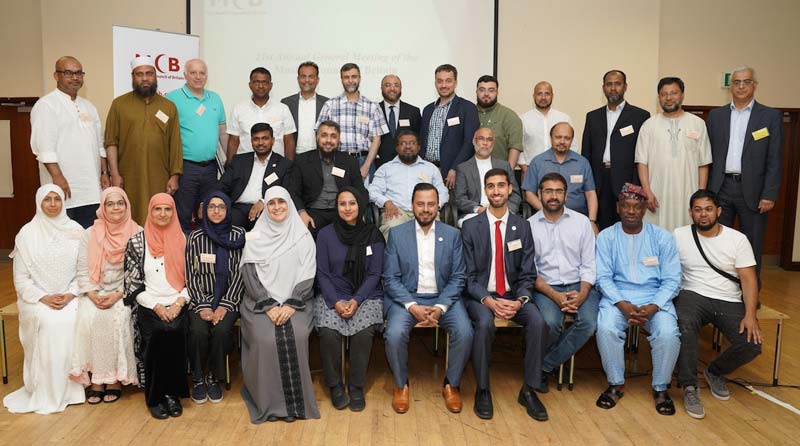 Q: What is your personal biggest challenge to overcome?

A: I’d say delivering the upcoming Manchester Our Mosques Our Future conference on October 6, 2018. The first conference in January proved to be successful, and I hope we can carry that on, and really build on the topics and issues covered for our second conference.

Q: What one target do you hope to achieve with the MCB?

A: Making the MCB better known in the North and engaging with many more organisations there.

Q: When you aren’t working for the MCB, what do you do for fun?

A: Football, table tennis a some gardening!

With over 200 delegates attending the AGM, other highlights include Harun Khan who has been re-elected as the Secretary General, till 2020.

“It’s an honor and a privilege to be chosen to serve a second term as the head of this great organisation with its diverse membership and amazing staff and volunteers. I look forward to working closely with my new leadership team in embedding the much needed initiatives we commenced recently and congratulate my newly elected colleagues on the National Council.”

The MCB has moved in recent years to being a more influential institution looking to improve the circumstance of British Muslims, both internally within the Muslim community as well as externally with the non-Muslim community. The MCB’s primary objective is “to promote cooperation, consensus and unity in Muslim affairs.”

Marking the move towards transparency, a copy of the MCB’s 2017-18 Annual report can be downloaded here.