LONDON – Today, more than 200 British mosques are welcoming people from different faiths and backgrounds as part of ‘Visit My Mosque’ initiative taking place for the second consecutive year to strengthen social relations inside the British community.

“Despite the multi-religious and multi-cultural society we live in, these poll results show that the majority of Britons haven’t seen what the place of worship of another faith looks like,” Harun Khan, Secretary General of the Muslim Council of Britain (MCB), told Gloucestershire Live.

Khan was referring to the alarming YouGov poll which found that 90% of British adults hadn’t visited a mosque ever and that one in four Britons didn’t know a Muslim.

Now in its fourth consecutive year, ‘Visit My Mosque’ day aims to promote better community relations and reduce misconceptions about Muslims in Britain by educating the public about the mosque’s activities.

Starting with about 20 mosques on its first event three years ago, the ‘Visit My Mosque’ day grew to over 80 mosques in 2016 and has been reported widely in the British and international press. Last year, this number exceeded 150 mosques.

“Mosques are more open than ever before,” Khan said, expressing his hope that ‘Visit My Mosque’ would be, “A small step toward greater community cohesion in Britain today.”

The day usually includes guided tours inside mosques, exhibitions about Islam, meeting imams for detailed questions and conversations, face painting and henna, free books, stalls from the local police, in addition to tea and biscuits.

The Secretary-General of MCB explained: “Muslims across the UK are yet again sending a strong message that despite what the headlines say, we are open, engaging in dialogue and positively contributing to British public life.” 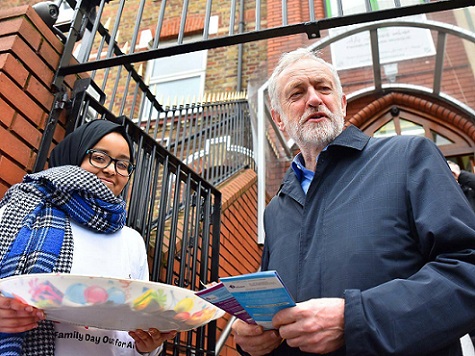 This year, the theme of the day is “open doors, open mosques, open communities,” and people of all faiths and none are welcome to attend.

Some mosques, like Finsbury Park mosque in London, have been organizing their own similar events since 2005 with the spirit of openness and relationship building.

Another mosque from Bradford is taking part in today’s event; Rifaqat Ali, secretary of the Madni Masjid told The Telegraph And Argus: “Some people may have different perceptions of what a mosque is – last year five opened in Bradford and we thought it would be good to get a few more to take part.”

“We want people to be able to come to all places of worship and just feel comfortable and get to know about each other’s faiths, to get a better understanding about how they are feeling and what their views are,” he continued.

MCB officials announced the day is “planned to continue as an initiative attracting more mosques and visitors each year and shining a spotlight on how mosques are positively shaping their local communities.”

“Last year saw over 10,000 visitors nationwide attend a Visit My Mosque open day event and we hope that in 2018, even more visitors will take the opportunity to get to know their Muslim neighbors,” Khan hopes.