PRESTON – With the beginning of the harsh winter season in the UK, British mosques have started to cooperate for raising donations and winter survival supplies for the needy, elderly and poor homeless.

“There’s a huge number of people sleeping rough on the city’s streets and with the weather getting worse these people are in real difficulties, something that has really touched many of us,” Shenaz, the chairperson of the Preston Help the Homeless campaign, told Blog Preston.

More than one hundred rucksacks filled with warm clothing and food are now packed at Jamea Mosque in Avenham and due to be handed out to the city’s homeless this week.

“As a result, we got together and launched ‘Preston Help the Homeless,’ a community group that wants to do something practical to support and help people who sleep rough in Preston,” Shenaz added.

She further explained that “the rucksack distribution is the mosque’s first campaign and since we let the message out about what we’re doing, we’ve had an overwhelming response from the community, with people from as far as Yorkshire and even London reaching out to donate.”

The Muslim community in Preston collected 105 rucksacks that have been filled with basic items that people sleeping rough could do with- such as warm clothing, hygiene products, and non-perishable food. 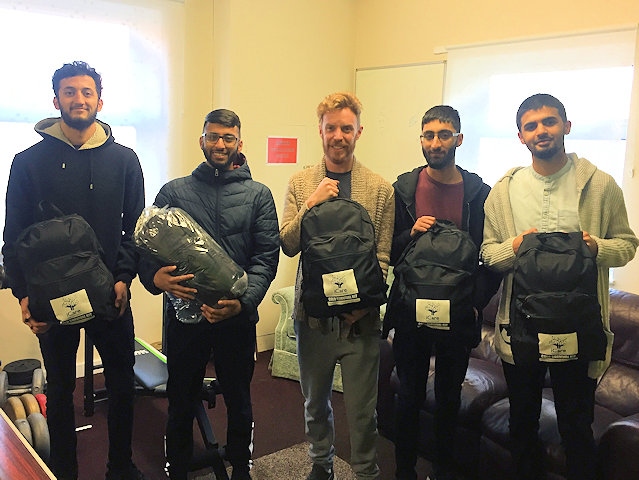 Similarly, in Newbold, the UKIM Madina Mosque has raised over £900 as part of an iCare fundraiser and are currently distributing ‘Cold Survival Kits’ to provide respite for the homeless sleeping rough this winter.

“We’re proud to be working together to support projects and charities which benefit local people in the town we live in.

“30 survival kits are being distributed across Rochdale over the winter period. We need to ensure we do all we can to help those in need,” he added.

The hardworking chairman mentioned that this is the third year they’ve raised money and provided the homeless with winter kits. The community has been really supportive in recognizing the need to help those less fortunate.