“The unbelievable generosity of the local British Muslim community had inspired a similar campaign – Secret Sheikh,” said Phil Boulding, who organizes the campaign.

Secret Santa announced that it would deliver about 750 sacks of toys and gifts to Muslim children in the British cities of Blackburn and Darwen in Lancashire. In cooperation with charity ‘One Voice’, 520 people would receive `Eid presents.

“Also 300 gift bags would be delivered to disadvantaged or sick children later and 50 would go to elderly people in time for `Eid celebrations,” Boulding explained.

The organizer also informed that there would be 120 given out at a party in Blackburn on Friday, June 7 and another 50 prizes in Darwen.

“We wanted to return the favor as the Muslim community in Blackburn donated so generously to the Secret Santa campaign, for humanitarian reasons not religious,” Boulding acknowledged. 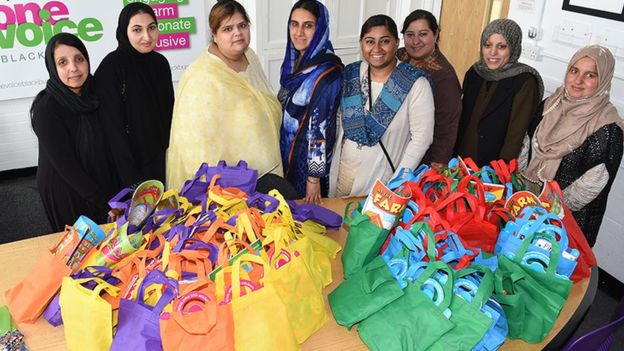 Giving Back for Tolerance

As a representative of ‘One Voice’ Blackburn, Zaffer Khan said: “the joint effort had brought warmth to my heart. The charity supported Secret Santa because it was such a fantastic cause and we love Christmas just as much as anyone and loved the concept of helping people who are the most disadvantaged.”

“Being disadvantaged doesn’t come with any religious context. We rebranded it as Secret Sheikh and it has been well received by all communities, which isn’t surprising at all,” he said.

Khan believes “the success of the project affirmed,” how well communities worked together in Blackburn.”

`Eid Al-Fitr is the Muslim feast of breaking the fast of Ramadan. The holy month of Ramadan like all the other eleven Hijri months lasts for 29 or 30 days, depending on the lunar calendar.