LONDON – Sunday evening, US President, Donald Trump, was named ‘Islamophobe of the Year’ at a satirical awards ceremony in West London.

The annual Islamophobia Awards is the brainchild of the Islamic Human Rights Commission (IHRC), an independent campaign, research, and advocacy group based in the UK.

Nominees in each of four main categories had been chosen by the British public on account of “accomplishments” in spreading prejudice and hatred towards the Muslim community at home or globally.

To cheers from attending journalists, activists, business people, and faith leaders, the school inspectorate Ofsted won in the UK category. The governmental body beat stiff competition from the likes of Tommy Robinson (former EDL leader) and Maajid Nawaz of the Quilliam Foundation.

The win for Ofsted came after the chief inspector of schools, announced plans to quiz primary age girls wearing hijab, saying their choice “could be interpreted as sexualization.” Ofsted has yet to respond to AboutIslam on their award. 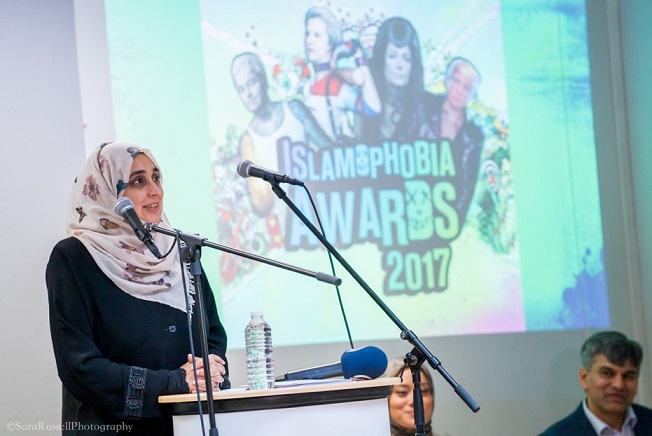 Although the overall tone of the ceremony was light-hearted, IHRC co-founder Arzu Merali dedicated her speech to the more serious, underlying message.

Muslim leaders, she said, had been ‘asleep’ as far back as 2004 when IHRC first began researching Islamophobia in the UK. Merali explained that based on samples of the Muslim general public’s experiences, the organization’s research reflected serious social consequences.

Burma’s foreign minister and de facto leader Aung San Suu Kyi was recognized for refusing to take action against the Burmese armed forces’ ethnic cleansing of the Muslim Rohingya population. Currently, an estimated 800,000 Rohingya refugees are living in makeshift camps on Bangladesh and the border region in appalling conditions. 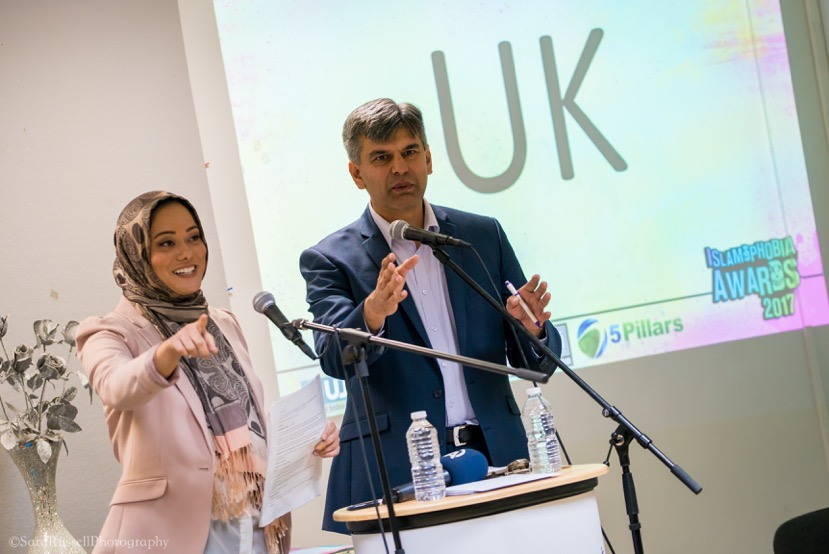 The awards are the only one of their kind in the UK. Some have expressed concern about using the term “islamophobia” in a light-hearted way, saying such use reduces its impact.

“Given its organizers, knowing the integrity they have on the questions of Islamophobia and their research, then I think it’s great that we can laugh about the state of affairs – whilst knowing the important stuff is being done on the ground and led by IHRC,” former NUS leader and rights activist Malia Bouattia told AboutIslam.

The final award of the night was announced to a hall echoing with ironic cheers. ‘Islamophobe of the year 2017’ went to US President Donald Trump, for his attempts to ban Muslims from flying, or for that matter, climbing over (as yet) imaginary walls, to enter America.

The event aimed to subvert Islamophobia through comedy and revue while simultaneously addressing serious and significant issues in a creative manner.

ISLAMOPHOBE OF THE YEAR: President Trump