CORK CITY, Ireland – A new discovery of a medieval Irish manuscript from the 15th century AD has revealed an enchanting connection between Ireland and the Muslim world, Irish News reported on March 5.

“We found that our medieval European doctors in Ireland during the 1400s were exploiting medical knowledge from the Muslim physicians and biologists of the Islamic World,” Professor Pádraig Ó Macháin from the University College Cork’s Irish department, revealed.

The new discovery established that the worldwide famous Islamic medical text ‘Canon of Medicine’ which was written by the famous medieval Muslim polymath ‘Avicenna’ was in use in Ireland during the medieval times for training young European doctors.

Ó Macháin’s finding came after he became aware of a book in the possession of a family in the Celtic region of Cornwall in the British Isles with links to the medieval era of Gaelic Celtic Ireland.

“I was specifically interested in the binding of the book. This was a sheet, full of text in Irish, cut from a 15th-century Irish vellum manuscript, that had been trimmed and folded and stitched to the spine of the printed book in order to form a sturdy binding,” the historian said.

“This typical use of parchment cut from old manuscripts as a binding for later books wasn’t unusual in the European tradition,” Ó Macháin explained. However, he assured this was the first time that a case had come to light of such a clear example of the practice in a Gaelic context. 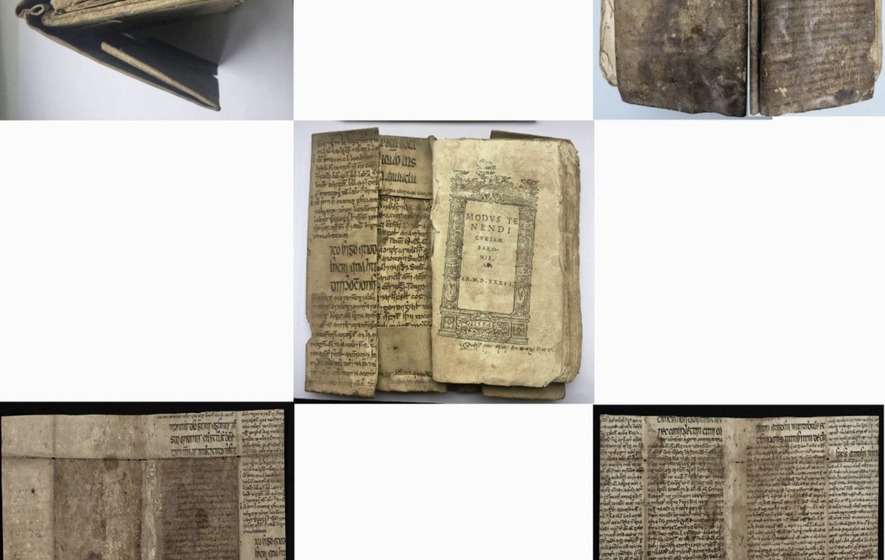 From photographs of the binding supplied by the owners, Ó Macháin established that the Irish text was a medical one.

“A quarter of what survives of late-medieval manuscripts in the Irish language is medical in content, an indication of the practical purpose of these books in Ireland of the time,” he clarified.

It’s a fragment of a translation into Irish of the ‘Canon of Medicine’ medical encyclopedia which through translation into Latin, from which the Irish text itself is translated, achieved great popularity in Europe.

The newly discovered fragment which is written in Irish, a Gaelic Celtic language, contains parts of the opening chapters on the physiology of the jaws, the nose, and the back.

Because of the importance of the manuscript fragment to the history of Irish learning and medicine, the owners agreed that the binding should be removed from the book, opened out and digitized.

“One of those occasions when many people, not least the owners of the book, were working together towards a common purpose for the cause of pure learning. It was a pleasure to have been able to make it happen and to have been part of it,” Ó Macháin said.

Nowadays, according to the 2016 Irish census, the number of Muslims in Ireland is over 65,000 people.

The earliest mention of Ireland in Muslim sources originates in the 12th-century’s encyclopedia, Tabula Rogeriana, of the famous Amazigh Moroccan geographer Al-Idrisi.

His most famous book throughout the East and the West is the immense encyclopedia of medicine, Al-Qanun fi al-Tibb (The Canon of Medicine). It surveyed the entire realm of medical knowledge available, at that time, from ancient and Islamic sources. Its systematic approach and its intrinsic value superseded Razi’s (Rhazes) Hawi, ‘Ali ibn ‘Abbas’ Maliki and even the works of Galen, and it remained supreme for six centuries.

In addition to describing pharmacological methods, Al-Qanun described 760 drugs and became the most authentic medical material of the era. It was translated into Latin by Gerard Cremona in the 12thcentury and became the textbook in European medical schools.