LONDON – Education experts revealed that Muslim students outnumber their Christian counterparts in almost 20 Church of England schools and 15 Roman Catholic schools, with their parents favoring religious education than secular one.

“The Church of England has traditionally provided education in this country but now that risks being an uncomfortable experience for the Muslim pupils that fill many of these schools,” Professor Alan Smithers, director of the centre for education at the University of Buckingham, told the Sunday Times on February 5.

“It must also be very confusing for the handful of Christian pupils in some of them. It would seem logical these schools become secular institutions.”

The figures released by the local diocese showed that one school, St Thomas in Werneth, Oldham, is reported to have no Christian pupils at all.

“St Thomas is a Church of England school and at present most of the children who attend are of the Muslim faith,” St Thomas’ website states.

“We begin each day with a school worship when we say prayers to recognize the place God has in our lives.

“All children follow a course of Religious Education and we observe both Christian and Muslim Festivals.” 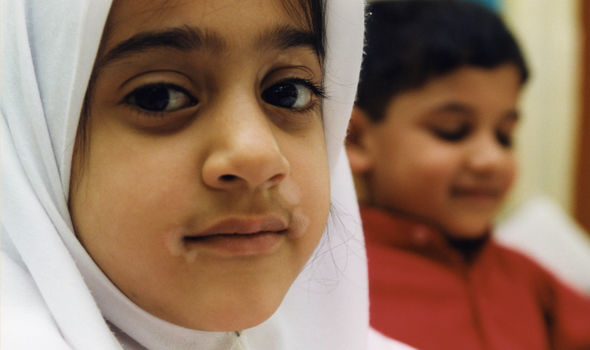 Other schools with an overwhelmingly Muslim population include Staincliffe CoE Junior School in West Yorkshire, where 98 per cent of students are reported to come from a Muslim background.