Last night at an event for the Palestinian charity Interpal, I met a new mum who wanted to talk about the ‘competitive element’ of Ramadan.

At first I wasn’t sure what she meant. After all, this blessed month is our break away from the ‘winner takes all’ attitude pervading our society at all levels.

Rawan, in her twenties, said she had just returned to fasting after a three-year break whilst pregnant and breastfeeding. She had taken her right to have a ‘concession’ from fasting granted women whose bodies need constant energy and food to share with unborn or newborn lives.

For Rawan this period of ease had been blighted by a new phenomenon: ‘fast-shaming’.

Having shared that this year was her ‘first fast’ since falling pregnant four years earlier, her innocent post quickly had a timeline inundated with sisters who, as Rawan put it:

“Fast while breastfeeding AND pregnant, whilst going to the gym without breaking a sweat or even getting a headache.” 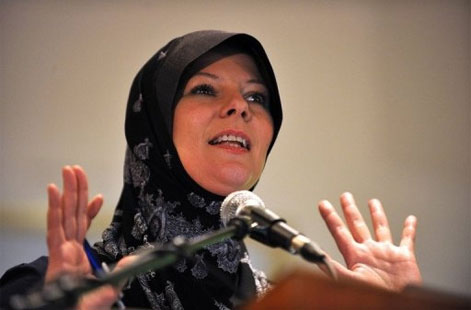 Rawan felt she had been made to feel weak for taking the concession Allah allows women during this period by messages via Muslimah parenting forums and social media.

Okay, it’s probably not really her fault. But two decades ago when she boasted about ‘snapping back into shape’ and returning to her high-intensity gym routine 48 hours after giving birth she was at the heart of a cultural moment.

A moment which made the rest of us new mums (still weeping exhausted tears into packs of pampers) feel for the first time, not like wonder women for having simply given birth in the first place, but as failures for having not been able to be superwomen post-partum.

As someone who has been a thrill seeker, I get how daily attitudes can seep into the month of mercy if we aren’t careful. I mean if we can bungee jump from a helicopter (my boast!), then why should travel, or breastfeeding or even pregnancy stop us from controlling eating in Ramadan, right?

As we ‘big up’ our own abilities, we fall into the trap of bragging, pride. An inner cataclysm which diminishes the impact of this month of spirituality on our souls.

This ‘snap into shape’ culture has transmitted onto space where our faith should be. Tweet that you are trying to memorize a Surah and there’ll be someone out there saying they are aiming to memorize the Qur’an in four languages in the first ten days.

Traveling in Iran and then flying home to the UK this month, I took the travelers concession given by Allah ta’ala and did not fast on day one or two of Ramadan. I really wanted to fast. We look forward to this all year and then, to not be able to join in from the start is disappointing.

You’d think I had learned a lesson from what happened last time I fasted whilst flying. In Ramadan 2012 on a plane from Malaysia, I fasted. My ankles gradually swelled during the two long-haul flight, until they were like tree trunks indicating fluid and blood flow issues. At that point, I was advised by the crew to drink water – or risk a blood clot. 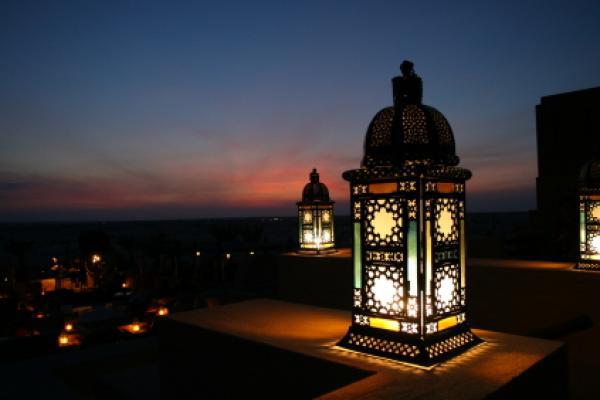 Breaking fast is Sunnah for one traveling in the same way it allows the joining and shortening of prayers. The type of travel that allows us to shorten prayers is the same which allows breaking our fast to be recommended.

The Prophet (peace be upon him) said, “It is not righteousness to fast while you are traveling.” It is recommended for the person not to fast while he/she is traveling because of this hadeeth. The meaning of the hadeeth above is – it isn’t wrong if one fasts but whether he fasts or not, the reward is the same.

But do we grasp that in this competitive, you versus me, culture?

Competing in good deeds is an encouraged practice, perhaps this is where the pregnant mega Ramadan mum thing is coming in. The aim is to get us to be the most giving version of ourselves.

Don’t let us give five dollars to a local cause and withheld the ten dollars in our pockets only to spend it minutes later on a latte and a croissant we don’t need to quench either thirst or hunger.

Giving our time and money easily and without regret in the way of Allah is the real competition we commit to as believers. But as with all spiritual elements the challenge is with ourselves not ‘against’ others.

Your teacher really values you as a student. They want you to do well in the exam the next day. The teacher sees you looking tired and stressed.

The next day you are at your desk at 9 am. But you are tired, you fall asleep in class. In the end, you do less well in your exam too.’ Do we think the teacher, in this case, is impressed by us? Have we not been rude by ignoring their kindness to us in the first place?

Perhaps we set our expectations too high at the start of Ramadan. Having heard sister Rawan’s experience we may be unconsciously seeking a competitive ‘win’ this month instead of peace, reflection, and good deeds.

May Allah Ta’ala guide us towards the Quran this blessed month. May our deeds be for Him alone.