For Imran Hameed, his mother was the biggest inspiration, as she never let anyone go without food.

Losing her 22 years ago, he set up Britain’s only 24/7 emergency food bank in 2016 to feed the needy people regardless of faith, The National reported.

“I’m a Muslim, and my religion teaches me that I’m not a believer if I don’t feed you when you’re hungry, regardless of who you are. It’s an integral part of my faith. Doesn’t matter if it’s 2 o’clock in the morning, an emergency is an emergency,” said Hameed.

The mother Salma who passed away in 1997 would often go on holiday to her homeland, Pakistan, not to see her own family but to visit hospitals and listen to patients’ concerns. 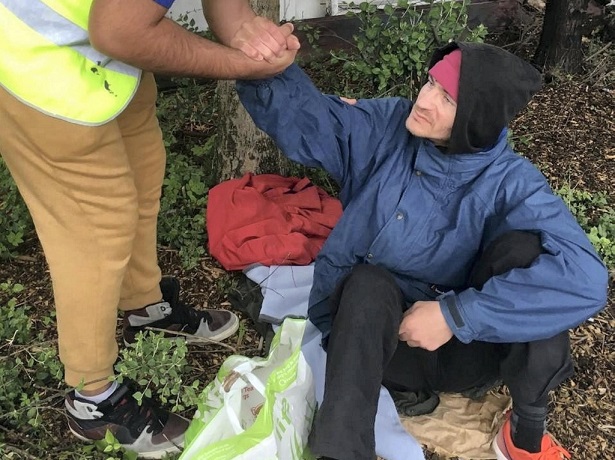 Since 2016, ‘Salma Food Bank’ has delivered 40,000 food parcels to doorsteps and donated 420 tons of food across Birmingham’s areas as Britain’s ‘second city’.

Hameed doesn’t just serve Muslims as about 95% of his food parcel recipients are non-Muslims living in the local area. He has 150 volunteer drivers ready to respond at any given notice 24 hours of the day – and 80% of the food bank’s volunteers are non-Muslim.

“Allah put us here in Britain and gave us good fortune here for a reason, and thereafter gave us people in need for a reason. He is the bigger planner. I’m all for people giving money away across the world but look at home first. And for me, home is here in Britain,” he said.

This is where the ‘Bearded Broz’, a humorous name for Hameed’s all-hours operation to help the needy, step in. Wearing high-visibility vests and up working when others would be sleeping at noon while fasting, Hameed and his volunteers toil away at packing special Ramadan food parcels containing everything essentials for any iftar.

Hameed’s ‘Bearded Broz’ are on the front line, often called by police and local authorities as the last resort to tackle social inequality. He says that many recipients are victims of a revised welfare system, known as universal credit, that has left families and individuals unable to manage on monthly payments that used to be given fortnightly. 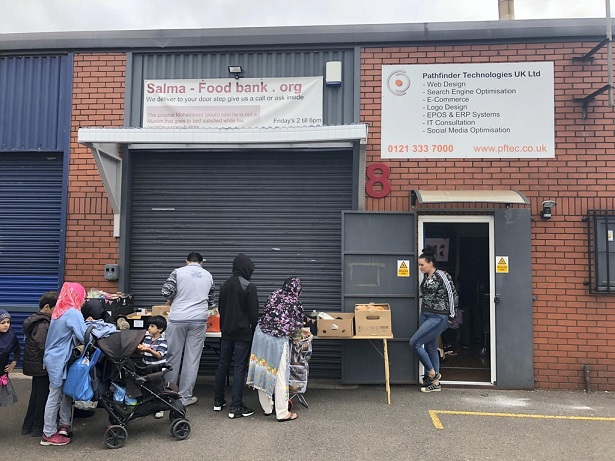 “In 2018, the food bank use soared 19%, with more than 1.6 million three-day emergency food parcels being handed out between April 2018 and March 2019,” informs food poverty charity the Trussell Trust.

In fact, Ramadan brings in a greater number of donations to food banks. According to Zahra Hussain of London’s ‘Sufra Food Bank and Kitchen’: “We get a lot more people, just individuals coming and donating. We also have a lot more mosques that get in touch with us. They’re heightened in their spirituality which means that they want to give more.”

On their behalf, Sufra team aren’t just passively accepting donations. As part of an ongoing project to assist Syrian refugees resettled in Britain, Sufra holds a charitable iftar to raise money and help their 80 charges make new friends in the community.

This London-based Islamic food bank has also devised a downloadable giving calendar to encourage children to donate during the fasting period and their community garden manager, an Irish Catholic, is fasting over Ramadan to raise money for vegetable seeds.

“Integration is a huge issue with the refugees who arrive in England. Ramadan has always been a good point for [the refugees] to integrate with other people,” says Sufra’s refugee resettlement officer Ibrahim Mohammed.