For Safiyyah Syeed, becoming a boxer has been a top list goal when she suffered from anorexia and bulimia a year ago.

Now, the 18-year-old hijabi Muslim teen from Bradford hopes to be one of the first Muslim women to compete nationally and take her boxing to the Olympics one day, Metro reported.

“I was a bit worried at first about being a hijabi girl going into a boxing gym. It’s not what people are used to,” said Safiyah.

“But everyone has been so nice and supportive. No one minds that I wear a hijab in the ring.

“It doesn’t affect my boxing at all, some people think it might make it hard to move but I forget I’m even wearing it.” 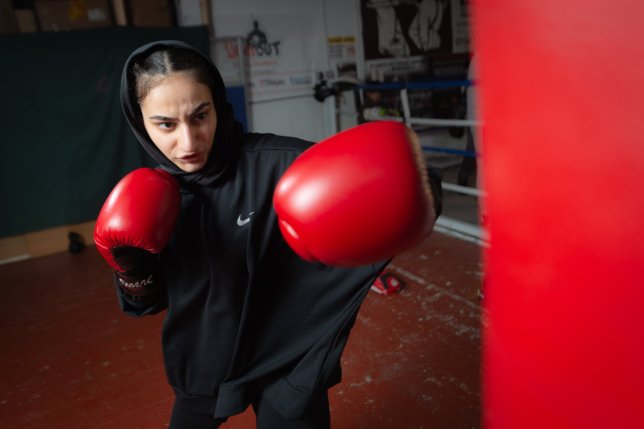 Safiyyah, who volunteers at a mental health charity, spars with both men and women during training.

“I remember the first guy I sparred with, he winded me,” she added. “He didn’t realize he had done it because I hid it because my coach has always said don’t show any emotion.

“They don’t go easy on me but I always say “just because I’m a girl don’t think anything different of me”.”

Overcoming the conditions, Safiyah said she wants to show people that it’s possible to overcome mental health issues and have a positive relationship with your body.

“I decided that two years of being ill was enough. I wrote a list of things that I wanted to do with my life like start a YouTube channel and go sky diving,” she said.

“Boxing was on the list and as soon as I felt strong enough I started doing it. ‘I want to show people that mental health problems don’t have to hold you back.” 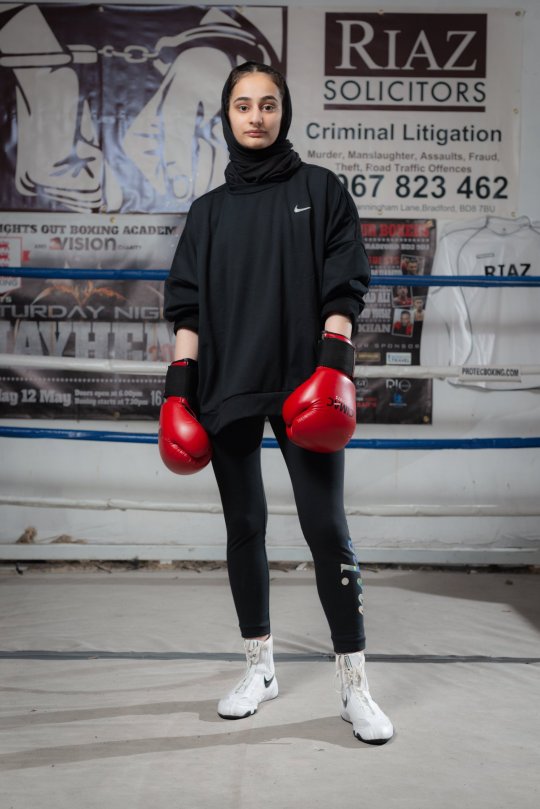 The restriction on hijab in boxing became most notably after the case of the 15-year-old American boxer, Amaiya Zafar.

After years of lobbying against the American boxing organization, they finally adopted a new religious exemption rule in 2017 which allowed Zafar to become the first hijabi boxer in the US and to pursue her dream of competing in the 2020 Olympics.

Shirzanan, an activist group for the rights of female Muslim athletes worldwide, has successfully lobbied on behalf of this issue and continues to fight for other sports to drop their restrictions ahead of the 2020 Games in Tokyo, Japan.

Interestingly, the American fencer Ibtihaj Muhammad made history at Rio 2016 Games as the first Muslim American woman to wear a hijab while competing.

However, other sports continue to experience similar discrimination against hijabi Muslim women, like judo which banned Indonesia’s judoka Miftahul Jannah last October from the Asian Para Games when she refused to remove her hijab.