BERLIN – A team of Muslim imams won Germany’s annual cup Saturday, September 29, in a football competition organized among religious leaders, as part of efforts of strengthening unity among the religious communities.

“The Imams overcame the priests 2/1 to win the annual cup,” Khedr Moty, a German Muslim, wrote on Facebook.

After the match, it was all hugs and smiles to promote tolerance.

Spectators cheered and waved banners during the interfaith soccer match between priests and imams in the competition which dates back  to 2006 when it was first launched. 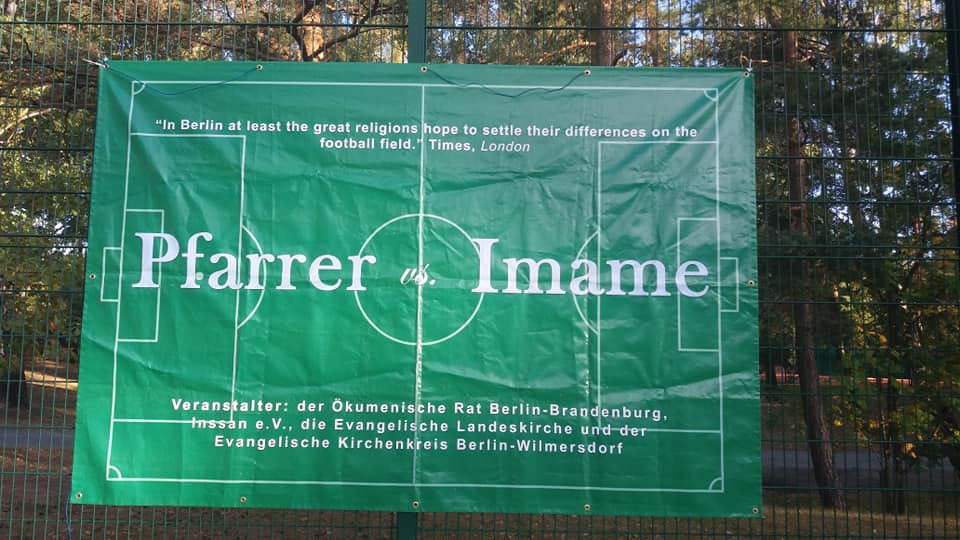