LONDON – The Finsbury Park mosque attacker who wanted to kill “as many Muslims as possible” was brainwashed by a BBC drama and online hateful anti-Muslim rhetoric.

“He seemed brainwashed and totally obsessed with the subject,” Darren Osborne’s partner of 20 years Sarah Andrews said in a statement read to the court, The Independent reported.

“He has been openly saying a lot of racist things and tarring all Muslims with the same brush.”

Osborne, of Glyn Rhosyn in Cardiff, deliberately mowed down Makram Ali, 51, and nine other people on a crowded pavement in north London shortly after 12:15am on 19 June last year.

Prosecutor Jonathan Rees QC said the “act of extreme violence” was considered by the prosecution to be a terrorist attack.

Osborne, who is said to have accused all Muslims of being rapists and belonging to pedophile gangs, was described by his partner as a “total loner” who would binge drink to “get blotto and forget everything.” 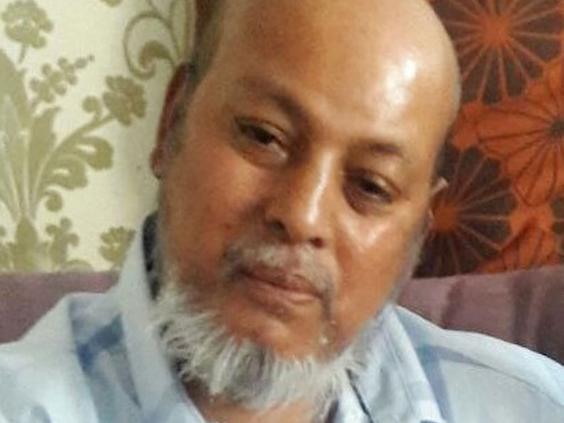 The victim, Makram Ali, was killed in the attack

He was also affected by English Defence League Leader Tommy Robinson, as he used to follow his posts on Twitter.

It was reported that Osborne read a tweet from English Defence League founder Tommy Robinson about a “day of rage” before heading to London to try to kill Muslims, a court heard today.

“Where was the day of rage after the terrorist attacks. All I saw was lighting candles,” Robinson wrote.

“I think he was a ticking time bomb. I should have realized what was going on and I feel so bad that I did not see it, so that I could have done something to stop it,” Osborne’s partner said.

She added that one of their daughters had been “too scared” to bring her Muslim friends home because of the way he was acting.

The prosecutor opened the trial by saying that Osborne “was trying to kill as many of the group as possible” as he drove a van into worshippers who had attended Ramadan night prayers near two mosques.

The court heard that Osborne left a note in the van in which he branded Labour leader Jeremy Corbyn as a “terrorist sympathizer” and attacked London Mayor Sadiq Khan.