LONDON – British Muslims across the country have put the celebration into `Eid, as reflected in many gathering at large congregations in public parks.

The city of Birmingham took the lead with over 140,000 worshippers gathering at their ‘Celebrate `Eid’ festival, which came complete with a theme park with rides, food, and drink, and a positive happy attitude.

Others such as Purley Mosque – where demand has outstripped space – opted to celebrate in the Purley Way Playing Fields.

With over 700 worshippers in attendance, the community gathered to pray in the fields near St Giles School. Opening with a speech at 8:30 am, the congregational `Eid prayers were held at 9:30, facilitating the needs of the attendees but also capturing the attention of a passerby who showed an interest in community cohesion.

Speaking of `Eid, Mayor Sadiq Khan said, “this year it has been very tough, but I’ve enjoyed breaking my fast with Londoners of all faiths and backgrounds at iftars across our city.”

“It’s been inspiring to see how so many Londoners have used Ramadan as an opportunity to come together to share food and conversation. For me, this is what Ramadan is all about, building bridges between our communities, celebrating our diversity and showcasing the true values of our religion.”

“The end of the holy month of Ramadan is about more than simply having fun. It’s a time for Muslims to come together with family, friends, and neighbors,” said Prime Minister Theresa May.

She continued, “It is an opportunity for all of us here in the UK to reflect and celebrate the incredible contribution to our national life made by Britain’s three million Muslims. In every corner of the country and every walk of life, British Muslims are making a positive contribution to their communities and their country, playing their part in making this a successful, diverse nation that we can all be proud of.” 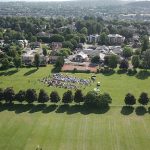 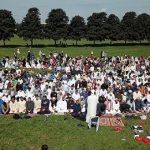 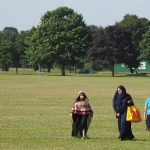 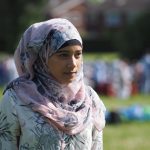 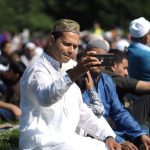 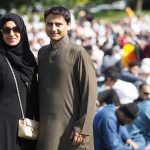 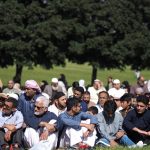 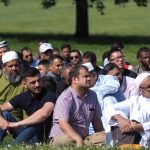 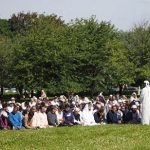 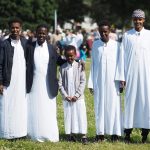 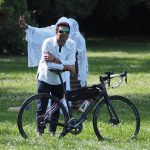 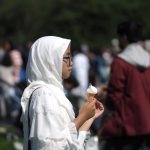 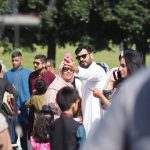 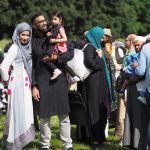 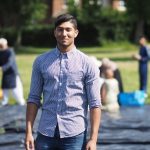 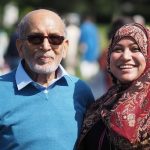 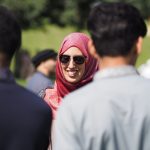 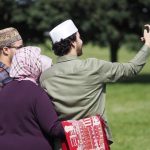 The leader of the political opposition, Jeremy Corbyn also weighed in with an `Eid message beginning with the traditional Muslim greeting of ‘Assalam Alaikum,’ peace be upon you. “I would like to wish `Eid Mubarak to Muslims in the UK,” he began.

“`Eid is a wonderful time for Muslims, and people of all faiths and indeed none, to celebrate with their friends, family, neighbors and loved one. I had the pleasure of breaking fast not only at my local mosque in Finsbury Park but also at Al Manaar, an inspirational mosque which is just a mile from Grenfell tower.

“Worshippers of this Mosque were some of the first to respond to the tragic fire in June of last year. And Al Manaar mosque continues to play a critical role for the community, including by opening a dedicated Grenfell counseling service. This is an example of the teachings of Islam in practice. Teachings which are about compassion for our neighbors and reflecting on how we can be more respectful to those around us. As we strive to build a better society, these are values which should resonate with all of us.”

Foreign Secretary Boris Johnson also took the opportunity to share a message of goodwill, “Britain’s Muslim community is active across all areas of civic life, making waves in all parts of our society from business to politics, the arts to medicine. It is this rich diversity and heritage that makes our country great.”

This year’s `Eid celebration coincided with the FIFA World Cup, with three games being played: Egypt vs Uruguay, Morocco vs Iran and Portugal vs Spain. As Muslims across the nation gathered to enjoy `Eid celebrations many found themselves sat around TV screens to shouts of ‘gooooaaaal.’ Part of being Muslim is to be part of the society in which we live, and if it is not food that brings us as communities together, with something else, such as sport.

`Eid is however just another day complete with the stories of our everyday lives, including death and burials.

This year, for example, Stoke Poges Mosque in Slough facilitated the funeral prayer for Akbar Ali, shortly after the Friday prayers: May God have mercy on those who have gone before us and those who follow, Ameen. – As such is not just about having fun, it is also being there for those who need support at difficult times.

“Times like `Eid are special as they bring together in celebration our richly diverse and vibrant range of Muslim communities living in Britain,” said Dr. Shuja Shafi, Secretary General of the Muslim Council of Britain.

“I pray that all of our good works and prayers are accepted during this blessed month. And I pray that we can keep this renewed spirit throughout the year.”