Murium is very popular with the pupils in her after school club. Credit: ITV News Central
aaa

Murium started with 20 to 30 children less than a year ago. She now she has 130 pupils every day – and the waiting list is growing

BIRMINGHAM – Studying for a Business and Management degree at Birmingham City University doesn’t prevent Murium Asim from standing out to help young Muslims and launch her faith-based education academy.

“It can help them take a successful route in life. That’s my aim – to see happy children.”

In her after-school club, Asim teaches children Arabic as well as organizing games and social activities. 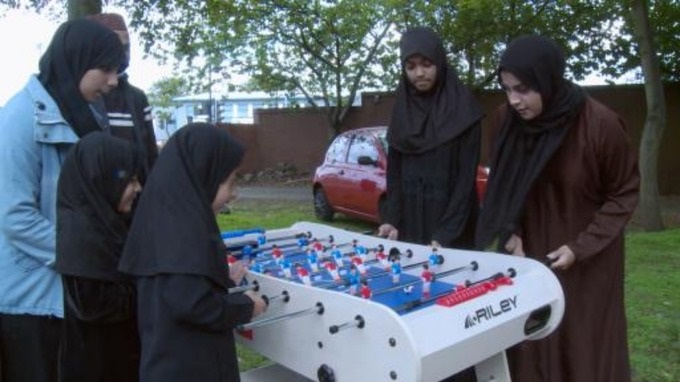 Murium playing games with some of her pupils. Credit: ITV News Central

As well as the volunteering and fundraising, Murium wants to break down some of the barriers young Muslim girls face.

“The Asian community is very conservative about females. They don’t let daughters out exploring,” she said.

“I was encouraged to do sport and if I can bring in my experience, and say its ok for young girls to play football and get an education, then I’ll feel I’ve done my part in society.”

The young Muslim, who also volunteers with her uncle in his own charity called the Mankind Welfare Trust, is one of the finalists in the Pride of Britain annual reward. 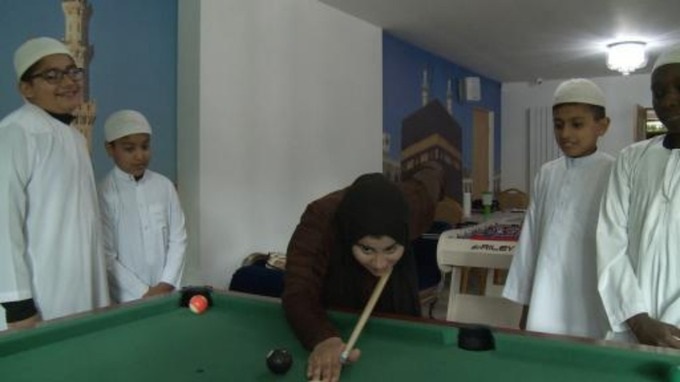 Murium challenging her pupils to a game of pool. Credit: ITV News Central

The charity provides humanitarian relief in Pakistan and runs clean water campaigns and education throughout Asia.

Asim’s uncle, Rahib Rashid, had described as a “breath of fresh air”.

“She’s an inspiring individual, full of energy and ideas. She’s very good with people. That’s why the academy has grown so quickly,” he said.

“She empathizes with people and never says no. It’s rare for someone so young to so enthused about helping her community.”