THIS is the British Muslim who champions the beautiful game as the ultimate weapon against terrorism.

LONDON – Believing in the power of sport to bring peace, a British Muslim former Arsenal Academy football player is using his Football for Peace organization to spread peace and fight extremism in the world.

“The last two years have been full of moments where I have had to pinch myself to make sure I wasn’t dreaming,” Kash Siddiqi told The Sun.

“Meeting Prince William in Birmingham and in London have definitely been the highlights.”

The former Arsenal academy player has met dignitaries from the Pope to Pele and from Prince William to the Prime Minister.

He has held top-level peace talks at Kensington Palace, the Vatican, 10 Downing Street and Arab royal palaces, building a succession of bridges between football and politics. 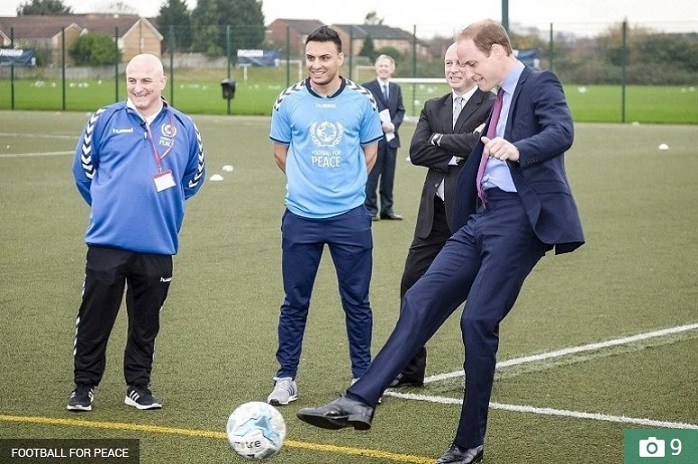 Kash says meeting Prince William twice are highlights for him

Siddiqi launched last month in London his latest Football Saves Lives project, which is backed by the Duke of Cambridge and pledges to train 500 young peace leaders by 2020.

He also helped organize the 2015 FFP game between a combined Afghanistan-GB team against a United Nations team at Greenwich College in South London.

His charity was launched in 2011 with £10,000 of his own money. Within 12 months, Chelsea had made him an Asian football ambassador. 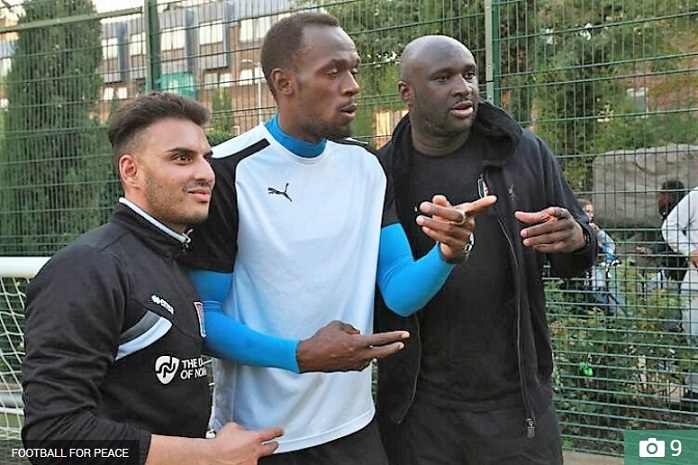 His charity work continued, culminating in a trip to Chile to meet South American legends Elias Figueroa and Ronaldinho.

That get-together sparked the idea for a global FFP organization and it was launched with the backing of Prince Albert of Monaco following a high-powered meeting in Dubai.

The first FFP match — a Dubai game for women — prompted a call from then Prime Minister David Cameron. Siddiqi said: “He was interested because I was a British Muslim promoting peace.” 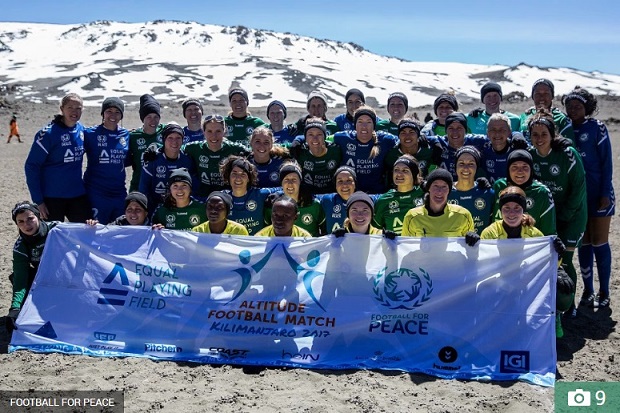 A women’s match at the top of Africa’s highest mountain, Kilimanjaro, broke the world record for a game played at the highest altitude.

“I met him at 10 Downing Street and he asked how we could use Football For Peace to stem terrorism.

“Then, I got a call from the Vatican. The Pope wanted to meet me. I now had a contract at Northampton, but was still coming back from injury.”

Siddiqi, still training at St George’s Park, added: “The royal families and I believe the power of sport can really make a contribution.”