Windows were smashed at five mosques around Birmingham (BBC)
aaa

“My initial reaction was shock that this had happened,” said Yousef Zaman, chairman of Masjid Faizul Islam mosque in Aston, BBC reported.

“There’s a fear factor now in that adults are saying they’re going to keep their children away from the mosque today because they’re worried that it’s not safe.

“But we’re not going to stop worship, we’re going to carry on as normal, we won’t let them win, we will defy them.”

Police said the first report of attacks was received at 2.32 am GMT saying a man smashed windows with a sledgehammer on Birchfield Road.

Officers were then alerted to a similar attack in Erdington about 45 minutes later, with more in Aston and Perry Barr reported. Another on Albert Road was struck at 10:00 GMT.

A spokesperson for Witton Islamic Center on Witton Road, also in Aston, said CCTV captures a man smashing windows at about 01:30.

“The whole of the front windows, about six, were smashed,” he said.

“Because of the force he used it’s gone through the windows and into the mosque itself”. 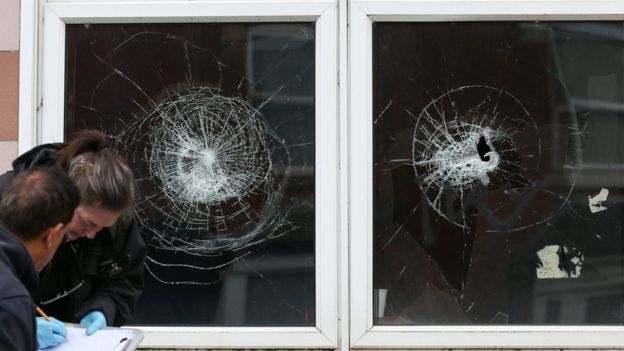 As the world still mourns the victims of Christchurch mosque massacre, in which 50 Muslims were killed while praying, Councillor John Cotton, cabinet member for social inclusion, community safety and equalities with Birmingham City Council, said he was “appalled” by the violence.

He tweeted: “These thugs do not speak for Birmingham and will not divide us.”

“What I can say is that the force and the Counter Terrorism Unit are working side-by-side to find whoever is responsible.”

Councillor Majid Mahmood tweeted a video of the clean-up taking place at the center.

Unfortunately the Witton Road Islamic Centre was attacked overnight by an individual who used a sledgehammer to break the windows. 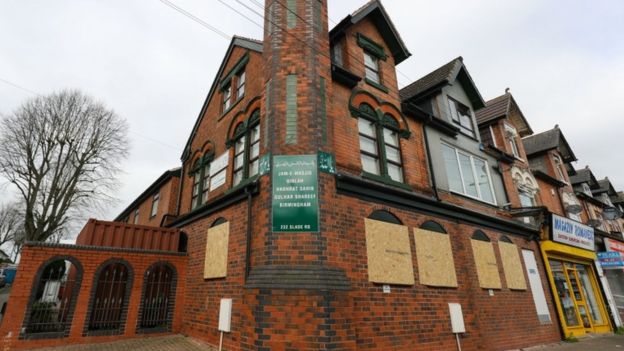 The incidents were condemned by the Birmingham Council of Mosques.

“We were deeply horrified to hear a number of mosques were vandalized during the early hours of this morning,” the council said in a statement.

“Birmingham’s mosques are a place of worship, serenity and a source of peace and tranquillity. We are appalled by such acts of hate/terror.”

Thompson added: “Since the tragic events in Christchurch, New Zealand, officers and staff from West Midlands Police have been working closely with our faith partners across the region to offer reassurance and support at mosques, churches, and places of prayer.”

According to 2009 estimates, there is about 2.4 million Muslims over all the UK. Yet, the Pew Forum on Religion and Public Life put the number of Muslims in Britain at around 3 million.

Following Christchurch attacks, around 400 Muslim scholars, academics, and community leaders from around the world signed an open letter calling for an end to Islamophobia.

The leaders of the British Muslim community have also called on the government to provide funding for mosque security.