ATHENS – The Greek capital city is getting ready for the final construction stages of its first mosque in the modern era which is located in Athens’s downtown, Greek City Times reported on September 20.

“The obstacles that delayed the completion of the mosque in the past have now been overcome,” Asher Haider, substitute member of the Islamic Mosque Governing Board and the Shiite Muslim Community of Greece, told Iefimerida newspaper.

“We’re optimistic and hopeful that soon the mosque will be open to perform the religious duties.”

Located in Votanikos district, the mosque was meant to be completed in 2017. It’s Athens’s first official mosque for centuries.

The main area has been built, but work is still underway for the inside and for completing the surrounding area, which spans 1,000 m2.

The mosque doesn’t have a minaret, but it has a large area of worship for both men and women.

Its total capacity is 350 people, though, more people will be able to pray outdoors. In the same building, there are also toilets and other facilities.

“We need the mosque for our new generation, for our youth … to feel equal in law, equal in society,” said Greece’s Muslim Association spokeswoman Anna Stamou, a Greek who converted to Islam.

Friday prayers in the underground garage where she and her family went were recited in Arabic and Greek. Men knelt down to pray on its humid crimson carpet, ventilation pipes barely above their heads. 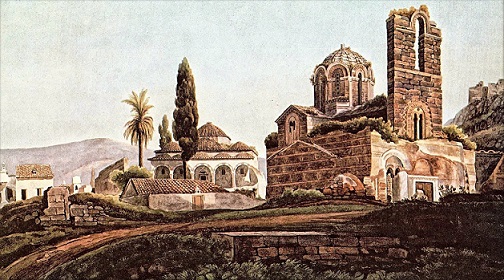 Debates about the construction of a mosque in Athens started decades ago and until now, Athens remains the only European capital city without a mosque.

Since then, Muslims have resorted to praying in hundreds of makeshift sites, in crowded basements or dark warehouses targeted by racist attackers.

Plans to build a mosque began in 1890 with an act of parliament, but all fell through, including one time for the 2004 Olympics. According to Reuters, the Muslim community in Athens numbers about half of a million persons.

In last May, Prime Minister Alexis Tsipras declared building a mosque long overdue. The government, he said, “would push ahead out of respect for the Muslim residents in our capital, but also because we are obliged to actively defend our values.”

Several Greek ministries and different services are involved in the construction of the new mosque; this includes the Ministry of Education, the Ministry of Infrastructure, the Municipality of Athens, even the navy, have been involved.