NEW ZEALAND – Hailed for showing the true spirit of Islam, New Zealand Muslim rugby All Blacks superstar Sonny Bill Williams has spoken about the challenges of Ramadan fasting, confirming that religious commitments do not hinder his rugby training and preparation.

“I find the fasting easiest,” he told media on Monday after being named in the Blues team to play the Lions at Eden Park on Wednesday, New Zealand Herald reported.

“It’s just when I have to train. Getting through the field-based footy is easy, and I just push back the weights until I break fast.

“But thank God in New Zealand, in this part of the world, we only fast nine hours a day – 10 hours max. In Europe and some parts of the world it’s 16-18 hours. That’s pretty tough.

“The first week is the toughest, but after that the body starts to get used to it. I just try and do the best I can.”

New Zealand center Williams will face the British and Irish Lions in Auckland Blues colors on Wednesday provided he shakes off a knee complaint. 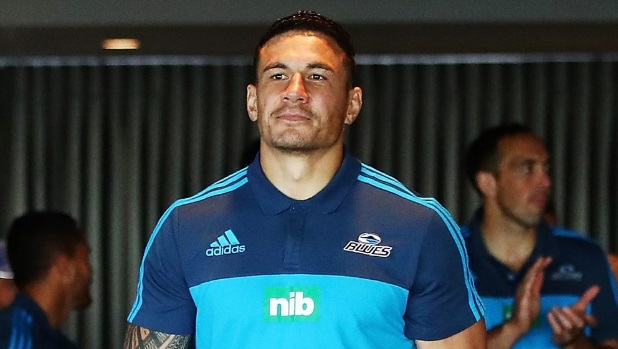 In a tough time for Muslims worldwide, Williams was praised by his team-mate Steven Luatua for blooming into a genuine role model.

“He displays his faith to the world, on an international stage, and I think that’s important in these times,” said Luatua of Williams and his devotion to Islam, The Telegraph reported on Monday.

“So for him to display that on an international stage, to display who he is, not change for anyone, I think that’s all credit to him.

“I’m a Christian man, I have my flaws, but I guess that’s the whole point of asking for forgiveness.

“I do believe religion really helps with the rigor and discipline of succeeding in sport. Knowing that my time here is limited, knowing that my walk of life is, I guess a product of God’s will, that just makes my journey, what I do here, it makes me a lot more grateful.