NEW ZEALAND – A New Zealand Muslim rugby star is expected to wear a Blues jersey without the logos of two major rugby sponsors due to his objection to banks using usury, which contradicts with his Islamic beliefs.

The announcement followed a stir after Williams, a practicing Muslim, tapped over the BNZ (Bank of New Zealand) bank logo on his jersey in his Blues’ Super Rugby debut, against the Highlanders in Dunedin last Saturday night, Stuff.co.nz reported on Tuesday, April 11.

The 31-year-old, who converted to Islam in 2008, said on Twitter he would “clarify” his decision this week.

Though the issue is yet to be fully explained by Williams, it is believed to have been due to his Muslim faith, which goes against the notion of banks charging interest and fees on loans

“It is hard to understand that one guy has to behave differently than the rest,” English told New Zealand radio’s AM Show on Monday.

Later on, New Zealand Rugby (NZR) said Williams had a “conscientious objection” in his central contract that means he is not asked to do sponsorship for banks or finance, alcohol, tobacco and gambling companies.

The “conscientious objection” is available to all players, an NZR spokesman said. 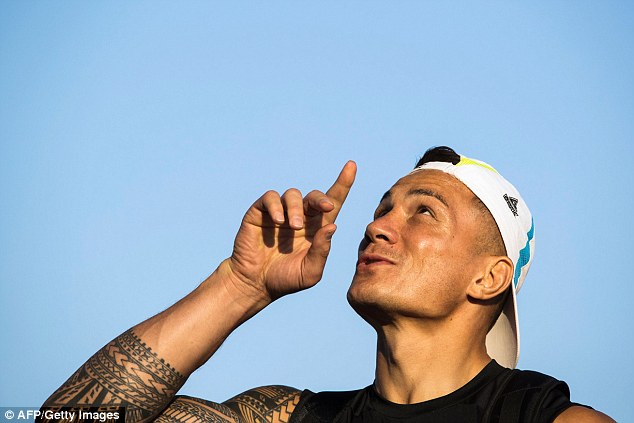 The Bank of New Zealand said it had “no issue” with the player’s action.

“He’s entitled to have religious beliefs and customs around that. It is really between him and the Blues as to how that manifests itself,” a spokeswoman said.