"People have different elements to their dress and their culture that they embrace": Peter Dutton defends Islamic dress. Photo: Alex Ellinghausen
aaa

“They’re all the values that all of us embrace.”

The billboard, which advertises details of a government-sponsored event at Melbourne’s King’s Domain Gardens, featured two smiling women in hijab and the Australian flag.

The photograph that appeared on the Melbourne billboard was taken at an Australia Day event in the Docklands area last year, and was part of a rotating series of images designed to showcase multicultural Australia.

The debate started after its photo was posted by a far-right group on Facebook, attracting hundreds of hateful comments.

Victoria’s multicultural affairs minister Robin Scott said QMS had removed the billboard temporarily due to a series of “abusive and threatening” complaints. 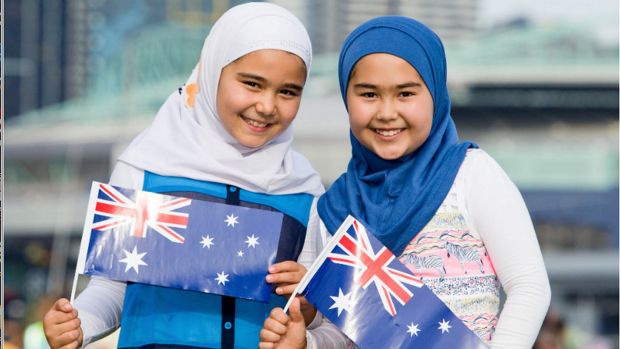 The immigration minister confirmed that people should not be “offended” by the hijab.

“I don’t think so. People have different elements to their dress and their culture that they embrace,” he said.

“I think what most Australians expect from any of us from a migrant background, and ultimately that’s the case for most of us, is that we respect the culture from our country of origin but we embrace Australian values.”

The billboard will go national after a GoFundMe campaign by marketing executive Dee Madigan to reinstate it has since raised $126,000 at the time of writing.