The Lhasa mosque was originally built in 1716. It underwent renovation in 1959 to what the building looks today.
aaa

FKLHASA, Tibet – Standing at more than 3650 meters above sea level, the Lhasa Great Mosque, also known as Hebalin Mosque, in the Tibet Autonomous Region, China, is deemed one of the highest mosques in the world.

The mosque, originally built in 1716, underwent renovation in 1959, fully transformed to what the building looks today.

The mosque has a three-entrance courtyard which covers a total area of 2,600 m2. The buildup area covers an area of 1,300 m2 which consists of the prayer hall, Pai building, bunker building, ablution hall, bathroom, and other facilities.

The prayer hall is located in the west which covers an area of 285 m2 which consists of inner hall, open hall, and main platform.

It was built in Tibetian traditional style with circular arch and steeple. The interior of the mosque is decorated with Islamic decorative style flowers and plants. 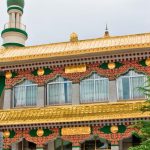 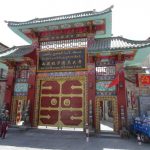 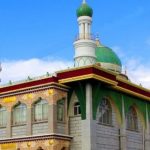 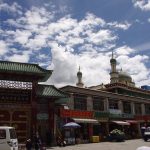 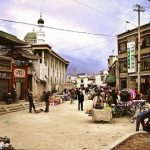 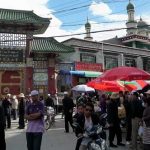 Various sources estimate that Muslims range from 1 to 3% of the total population of China, which is dominated by a special mixture of non-religious spiritual beliefs of Confucianism, Taoism, Chinese Buddhism, and Chinese folk ideology, along with atheism.

The largest Muslim group in China are Hui, whose population numbers about 9.8 million, according to the 2000 census. They are followed by Dongxiang, who constitute around 514,000, then the Salar, who form about 105,000m and the Bonan with 17,000 people.

These Muslim Chinese communities are different from the Muslim Uighurs who live in Xinjiang, which became part of China following the Chinese civil war in 1949.

10 Oldest Mosques in the World