HONG KONG – The Muslim community in the South Chinese autonomous city of Hong Kong has so far amassed about US$38,200 in a drive to build a mosque that has been held up for over a decade.

“With donations coming in daily to the United Muslim Association of Hong Kong, we’re trying to jump-start the effort. We are slowly but surely accumulating the amount we need,” the association’s honorary treasurer, Nadia Castro told New Straits Times (NST) on April 15.

The association sought to collect US$1.27 million in 2018, the figure needed to initiate construction in Sheung Shui, in the New Territories, where the local Muslim population has been growing with no mosque to serve them.

“It’s really necessary to have a place of gathering not only for religious reasons but also for social reasons,” Castro explained.

“We are a service-orientated organization. We have schools, elderly homes … services that the Muslim community in Hong Kong has long been involved in. This is why this project is important. It’s not only a mosque but also a social center.”

The idea of Sheung Shui mosque emerged in the 1990s. However, the association bought a plot of land from the government only in 2006 for US$1.24 million. The project was expected to be complete in 2011.

But the mosque ended up never getting off the ground due to a lack of funding and problems within the association.

Meanwhile, local officials have imposed high fines on the group for failure to finish the project within the agreed time.

In 2009, Saudi Arabia pledged to finance the project’s construction, but declined in 2016 citing a fall in global oil prices as the reason. 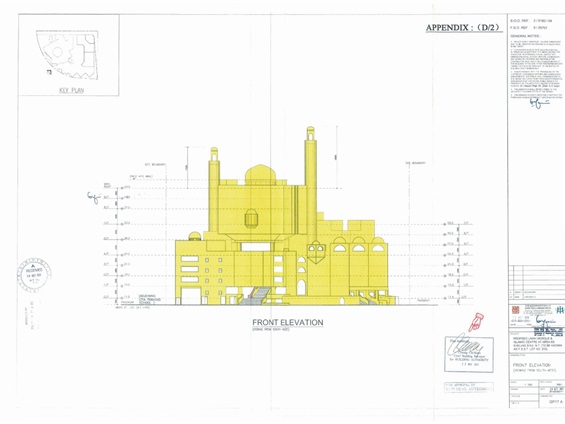 Hong Kong has five permanent mosques and a temporary one, along with about seven madrassas – Islamic learning centers – spread across the city.

The city’s biggest mosque is Kowloon Mosque which can accommodate up to 3,500 worshippers at a time. It was built in 1896 as the city’s second mosque.

amia Mosque, built in 1890, is the oldest mosque in Hong Kong. It has a small capacity of 400 worshippers.

This lack of proper spaces has led many Muslims to pray in makeshift mosques. According to NST, there are an estimated 250,000 to 300,000 Muslims in Hong Kong representing 4.1% of the city’s seven million population.

The majority of the Muslim community hail from countries such as Pakistan, India, Malaysia, and Indonesia. Yet, Chinese Hui Muslims are believed to account for about 40,000.