One of the best aspects of Ramadan is the feeling of eager anticipation that most Muslims experience as the blessed month draws near.  We look forward to strengthening our connection to our Creator and enhancing our imaan (faith) as we engage in fasting, extra prayers, and exercising self-control.  Many of us savor spending time at the masjid, praying side by side with our brothers and sisters, united by faith, purpose, and good will.

However, there is a deadly poison at some of our masaajid (mosques) that taints the beauty of the month.  This toxin is so dangerous that it has the potential to ruin the Ramadan experience for many worshippers and erode the very foundations of our Ummah.

The fact is, instead of a welcoming, peaceful haven, the masjid is actually a hostile environment for a number of our brothers and sisters who routinely experience acts of disrespect and words of derision from the people around them.

The Poison of Racism

The poison is racism, and although it is an ugly topic, it remains a shameful blight on our community that must be addressed and remedied. If this particular topic makes any of us uncomfortable or defensive, we are the very ones who need to grapple with it the most.  It is nothing less than our Islamic duty to oppose any kind of oppression of our brothers and sisters.  The Prophet(PBUH) said,

“Every Muslim is a brother to a Muslim, neither wronging him nor allowing him to be wronged.”

“Race-based behavior from one’s fellow Muslims can be extremely traumatic and deflating,” explains sister Layla from New York.  “It is so antithetical to Islamic teachings, and it strips one of hope that we will ever see the true egalitarian nature and brotherhood of the deen to fruition.”

Layla describes how years of racial discrimination in Muslim spaces resulted in a yearly apprehension about Ramadan:  “Every Ramadan, anxiety joins my enthusiasm for the blessed month because I fear that there will be at least one time that someone will see my beautiful brown skin, an ayah of Allah, as something dirty and worthy of derision.”

Many black Muslims describe being avoided and ostracized at the masjid.  “My cousin attends [a certain] mosque regularly,” explains Papatia Feauxzar of Dallas, “and the South Asian women she has come across have been nothing but unwelcoming.  They have a closed circle.  They giggle, talk in their own language.  They love to scoot to get away from [her].”

Feauxzar further explains that Black Muslims frequently receive rejection when attempting to form communal bonds. “An African woman tried to be friends with some of these women, and they refused.  They wouldn’t invite her to their home, especially for iftaar, but excluded her when she knows for a fact that non-Black Muslimahs had been invited.” 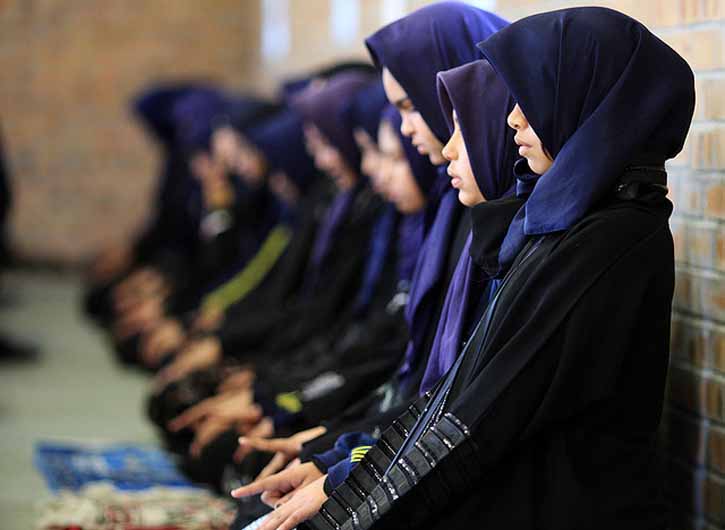 Racial slurs are also prevalent during community gatherings. Sister Djamila of Tampa, Florida says, “I have overheard Arabs refer to me or other black people as ‘abd’ (slave), which I find very offensive.  It turned me off and made me not want to attend [the mosque].”

I’ve been called a ‘kala,’ a monkey, and a nigger in the masjid.  I am constantly stared at and talked about in different languages.” confides Layla.

Layla shared stories exemplifying the type of anti-Blackness that many Muslims experience. “Some women don’t want to touch me during prayer. I was on line for iftar and offered a plate to a woman.  She refused and chose to take a plate from the woman next to me.”

Islam denounces all forms of racism in clear and certain terms.  In his last sermon, which he implored his believers to listen to very carefully and to share with those who were not present, the Prophet (PBUH) said:

Many Muslims who are not black argue that racism does not exist in Islam.  They deny or minimize their black brothers’ and sisters’ reports of discrimination for various reasons.  Sometimes they are unaware of the problem because it has not affected them personally and they have never paid attention to what happens to their dark-skin brethren.

Some Muslims carry so much subtle, deep-seated racism in their hearts from cultural tradition that they do not even realize that some of their long-held beliefs are bigoted.  All of us need to realize that while our deen is perfect, Muslims are not.  We do, unfortunately, hurt each other and fall short of our responsibilities in a variety of ways–racist beliefs and behaviors being some of our nastiest transgressions.

If these true stories of black Muslims’ negative experiences at the masjid do not make our hearts weep with sorrow or burn with anger at the horrible injustice, then we cannot call ourselves Believers.  More important, if we recognize ourselves and our own actions in any of those behaviors, then we must make an immediate resolution to repent and to change.

What else can we do to combat racism?

If we witness any form of racism, we must call it out immediately and show solidarity to our brother or sister who was offended.

– Use our influence for change.

Those who are leaders in the community need to use our platform to speak up about racism.  If we sit on a board of directors, lead a halaqa or youth group, work in an Islamic school, or contribute to Islamic publications, we have the potential to reach a wide audience with our message and to make sure racism is addressed in our community.

We all have a duty to educate ourselves and to speak out against discrimination.  “I wish the leadership would speak about racism from time to time and not ignore it and act like ‘our’ community is above it,” states Djamila.

– Look inside ourselves with honesty and try to identify any racist beliefs we have.

Some of us grew up thinking light skin was inherently better than dark skin. Perhaps our parents instilled certain stereotypes about black people, ever since our childhood.  Now we are adults. It is time to admit and eradicate any prejudices that we have.  Simply put, we cannot call ourselves true Muslims if we believe certain races are superior to others.

– Form bonds with our black brothers and sisters.

Invite them to sit with us, dine with us, break fast with us.  We should not isolate ourselves within certain groups, only socializing with people who are just like us.

As part of our acts of worship this holy month, each and every one of us should make a concrete effort to ensure that our masaajid are welcoming places for Muslims of all colors and nationalities. 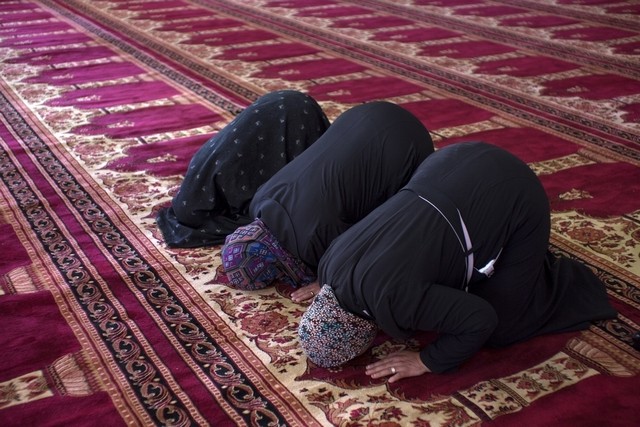 The Muslim Anti-Racism Collaborative offers 6 steps that Muslims can take to promote a Ramadan free of racism.

Let us all strive to emulate our esteemed Prophet SAW this Ramadan, having no arrogance or bigotry in our hearts.  Kindness, compassion, unity, and the very best manners should be our goals.  Let us work together to make sure that our masaajid are safe and peaceful houses of worship for everyone this Ramadan.

“Racism is not new,” explains Papatia, “It has been around even before, during, and after the time of Rasoolullah (SAW).  Educating our brothers and sisters by forcing discussions about race will enlighten people.”

“We must also stay vigilant,” she adds.  “When people don’t remind each other of the dangers of racism because of people’s ‘sensitivity,’ it resurfaces again.”

May Allah SWT forgive our sins against each other and help us to be united, humble, dignified, loving, and worthy of our beautiful deen.  Ameen.

I want to sincerely thank all the sisters who trusted me with their stories of racism at the masjid.  It was not easy for them to share the hurtful and demeaning things that happened to them.  In fact, I know that remembering and retelling those experiences was painful for some of them.

InshaAllah I hope that positive changes will occur thanks to their honesty and courage.  May Allah SWT reward the pain they have endured patiently for His sake and all the efforts they make to educate, forgive, and persevere. May He SWT replace their sadness with mercy, peace, and comfort.  May all my black brothers and sisters around the world have a wonderful and blessed Ramadan.  Ameen. -Laura El Alam

Are Women Welcome in the Mosque?

No Room for Women at Mosques?