Having different holidays from your friends and family is complicated enough. With many multi-religious families already squabbling over eating halal versus mainstream meat and other sensitive issues, the ritual of slaughtering in Eid Al-Adha is easily misunderstood.

Islamophobes take this opportunity to further stir the pot. So, please take a moment to explain  Eid Al-Adha slaughter to your non-Muslim friends and family. As always, we will find that we have more in common than we have differences.

Here are the four main points to share about Eid Al-Adha:

Eid Al-Adha translates as “Festival of Sacrifice” and is actually bigger or better celebrated than the Eid after Ramadan, so it is also called Eid Kabir – “Big Eid.”

Every family who can afford to sacrifice a sheep (goat, cow or even a camel) during the days of Eid  should do this to commemorate the Prophet Ibrahim’s willingness to follow God’s command to sacrifice his own son. Just as in the other religious traditions, God stopped the killing by replacing the son with a sheep. 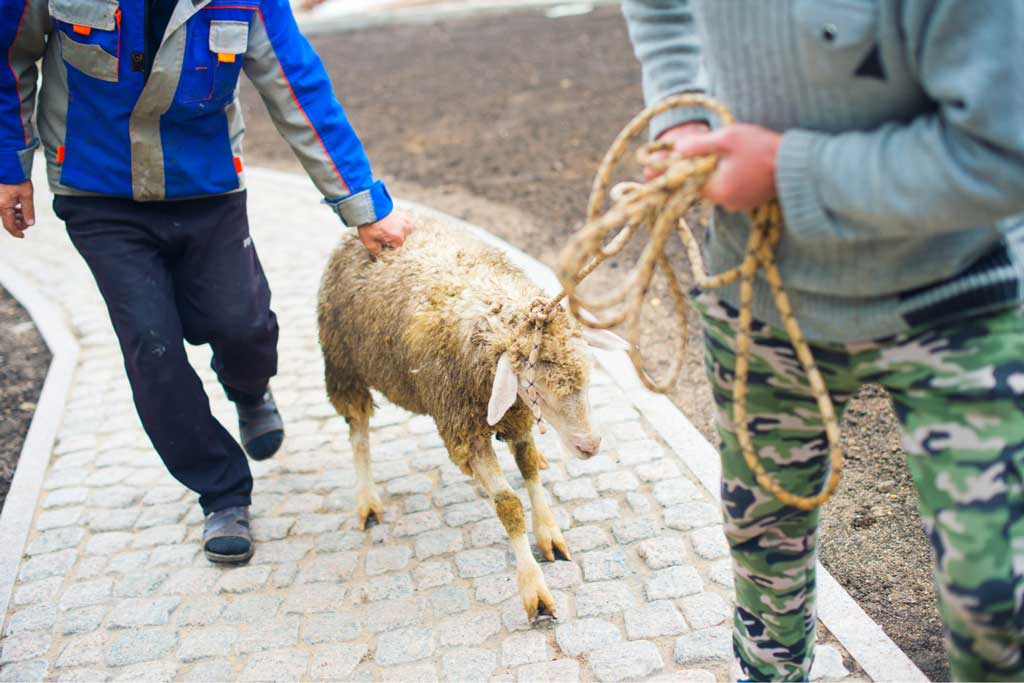 The halal method of sacrifice is truly a humane way to harvest meat, unlike stunning, electrocuting or other abusive methods. Firstly, in order to sacrifice the animal it must be in a healthy condition, meeting the following requirements:

* Not blind, one-eyed or with major loss of vision

* Cannot be missing more than half their teeth

* Cannot be missing a third or more of their ear or tail, likewise their horn cannot be broken off from its root

* They must be able to walk

* They must not be too thin

When a healthy animal is selected there are further considerations to follow:

* Animals should not see each other being slaughtered

Many families around the world, even in the US and Europe, cannot afford to eat meat everyday. During the Eid Al-Adha holiday, families who slaughter also must distribute a third of their meat to those in need. Another third is “gifted” to friends and neighbors. In this way, those who are secretly in need may still receive meat.

Though Eid Al-Adha may look like an extravagant holiday with people dressing up and eating lots of food (only a third of their own meat, though!), actually the most important point to Eid Al-Adha is to be like the Prophet Abrahim – the “friend” of God and always trust in God fully.