No woman should ever have to choose between walking away from a job and tolerating sexual harassment.

Social media headlines of Donald Trump’s seemingly exhausting need to reaffirm to the world what little regard he actually holds for women, set my brain on fire today.

It all hit a little closer to home as I read of Trump being reported as now saying that if his daughter, Ivanka, were ever sexually harassed at work, that he hoped she would just switch jobs, or even careers.

Followed by the misogynistic whiner-in-chief’s son, Eric Trump, chiming in to say that his sister “wouldn’t allow herself” to be subjected to sexual harassment because she is a “strong, powerful woman.”

Cue sarcasm: “Right, because that is the way it works,” I read in a FB post intro. “People who work for a living — they need their job — and have to weigh the cost to their family of standing up against sexual harassment no matter how badly they would not want to allow themselves to be subjected to it.”

Suddenly it was 1984 all over again. I was in the middle of a divorce when my first-born daughter was just two-years old. The job I had at the time was our lifeline. On an unsuspecting afternoon at work the store manager called me into his office and asked me to close the door. I sat down in one of the chairs in front of his desk.

In an instant my entire world was turned upside down as he sat there in front of me declaring that if I declined to have sex with him I would be fired by the end of the day.

I was completely blindsided by the confrontation. The last thing in the world I needed at that critical period in my life was to be without a way to support myself and my daughter; and he was banking on that.

I’m sure he never imagined what I would do next. I did not walk out quietly on that fateful day. I went to my computer and looked up the company website, jotted down the phone number for corporate headquarters in the neighboring state and reported what was happening to me.

In the end, the despicable manager was fired — my only consolation at the time — because regardless of the fact that my claim had been substantiated, the company just wanted the whole thing to ‘go away’ and declined to permit my return.

I was a young first-time mother fighting desperately to survive; but that was 30-years ago. If I had been aware that I had rights back then, perhaps the story would have turned out differently — you know what they say — when one door closes, another one opens.

While the pain of what happened after that life-altering event will always hold a place in my heart, what I also didn’t know at the time was that it would mark the beginning of a life-long career working as a legal secretary.

The first law firm I worked in offered only a part-time position; actually, I supplemented it with a part-time job at K-Mart that paid better and had benefits! But it was at that tiny office where I first began to learn about how to stand up for the rights of other people; and ultimately myself. Knowledge is, indeed, power. 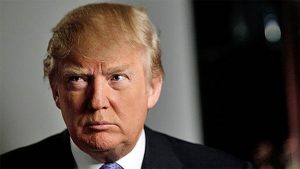 Years later I landed a job in Washington, D.C. where, at the age of 41, I was led to learn — for the first time in my life — about a religion called Islam.

My conversion to the Islamic faith was made during a Jummah Friday prayer service in April 2002 at the World Bank. From that time forward a new world opened to me and by 2004 I had begun to travel.

First passport in hand, I landed in Saudi Arabia where I was blessed in 2005 to mark my 44th birthday on the first day of Islam’s annual Muslim pilgrimage; Hajj.

It was during this new chapter in my life that I resumed what my 8th grade language arts teacher had once told me to never stop doing: writing.

Over the following 12-years, the traveling and writing morphed into international civil and human rights activism and photojournalism.

While Islam helped me come to terms with what happened in 1984, as I learned to accept it as having been part of my journey, one fact will always remain: the tolerance level for sexual harassment in the workplace Mr. Trump, is zero.

Shame on you Mr. Trump; I have read and heard enough of your word vomit to last a lifetime, but to use your own daughter’s name in the conversation is reprehensible.

No woman should ever have to choose between walking away from a job and tolerating sexual harassment.

And no, Eric Trump; a woman’s strength or power has nothing to do with whether or not she should ever be subjected to sexual harassment in the workplace — or, shall we say — the antics of small, weak-minded men attesting to the fact that they’re devoid of a moral compass.

This article was first published at medium.com. It’s republished here with a kind permission from the author.