Masculinity has been traditionally defined by characteristics of leadership, strength, an ability to provide and protect, as well as trustworthiness. Muslim masculinity is no different. However, when aiming to express their manhood, many Muslim men are faced with conflicting ideas about how to do that lest their very essence be labeled “toxic masculinity.”

This topic was discussed during a panel session at the recent 56th annual national convention of the Islamic Society of North America (ISNA) in Houston, Texas. It was entitled: “Muslim Masculinity: A Better Way Forward,”.

“We as men are struggling in our relationships, and we don’t often talk about it,” said Sanford. “It’s difficult to know how to be a Muslim man today.”

He said, for men, a first step is having sincere, authentic conversations with the women in their lives, especially regarding the dynamic of male-female relationships. “We need to understand the differences between men and women and build tools around those differences to be successful.”

To do that, the panelists talked about several areas where men can express their masculinity in a healthy way. Being truthful, they said, is a good start.

“Women require stability. We need to know that our heads and our hearts are safe with you,” said Naaila Clay. “If a man is consistently honest, he looks strong to a woman.

Clay’s husband Hasan Clay offered nuance to his wife’s advice, urging men to be mindful of their tone, especially when relating hard truths to their partner. “Women don’t always want the same bluntness (in honesty) that men do.”

He also referenced balance in truth telling, saying there are times when complete honesty isn’t the best way to communicate. “I’m not saying be deceptive, but don’t cause unnecessary harm. If the truth is going to be detrimental to my family or my wife I’m not going to say it.”

Naaila Clay also offered the women in the audience a suggestion when it comes to listening to her husband when he’s trying to be truthful. “Sometimes women don’t want to hear a man’s truth. You need to accept what he’s saying.”

Not doing so, she warned, could lead to deceptive behavior in the future and a breakdown of the relationship.

The panelists also addressed men’s challenging role as leaders in today’s society and in their marriages. They acknowledged the shifting narrative about how men should behave in the workplace and at home is confusing to men today.

“Men don’t quite know where they fit into society anymore (as more women take on leadership roles),” Knight said. “Men’s roles as leaders have been diminished a little and they are questioning where and how they fit.”

However, the panelists said men should take heart that Islam confirms their roles as leaders of their family and that women are traditionally attracted to strong men who can be thoughtfully decisive and lead their families in a healthy and balanced way.

“Be fierce in knowing your purpose and pursuing it,” Sanford said. “Women value that.” 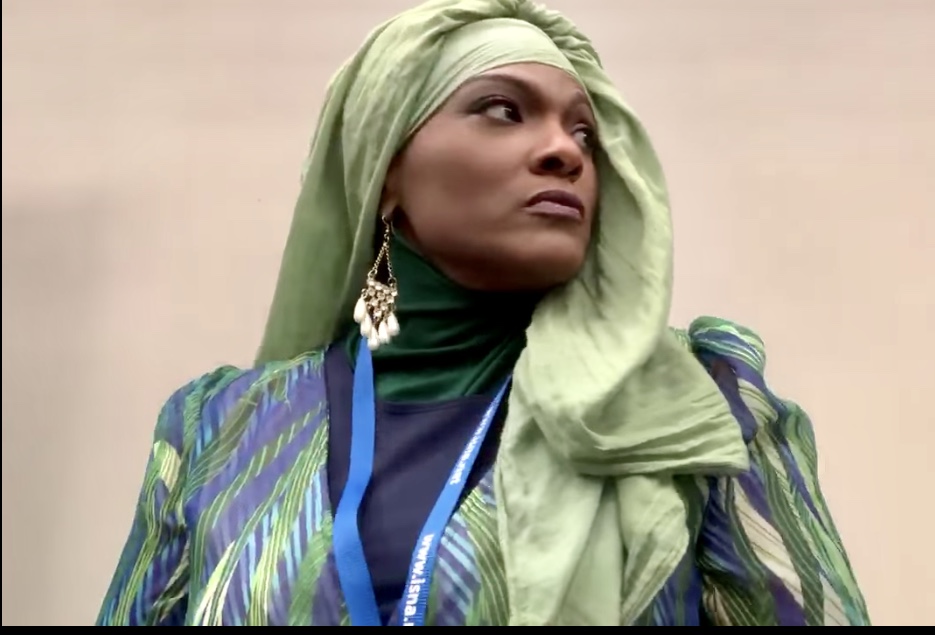 Hasan Clay said men should be mindful of what it means to be a protector and maintainer of women, as the Quran says. He said for men to be leaders they need not to be selfish, instead they should opt to lead with compassion and empathy and serve as examples to one another.

“Masculinity isn’t one dimensional,” he said. “You can be a conqueror and (also) be romantic and provide for your wife emotionally. Be gentle in your leadership.”

Knight said men can also practice protection of women in society in general, not just within their own marriages. She said men can make simple gestures such as offering to walk women to their cars or even watching from afar to make sure a woman makes it safely inside her home.

Audience members were engaged and questioned the panelists. One woman asked how, in an age of feminism, women’s empowerment and overt messaging to be a “strong woman,” how then can women be strong and independent in their relationship without emasculating their husbands.

Sanford answered it’s important to remember the distinct needs of men and women in relationships.

“Women want to be loved. Men want to be respected,” he said, adding women should celebrate when their partner adequately provides for them financially.

“A man’s value is very much tied to what they do (for work).”

Hasan Clay advised women to seek partners whose accomplishments, values and education levels align with their own. He said if a woman is highly educated and/or has a successful career, she should choose a mate who does as well.