It is true that hajj is no longer a uniform experience for every pilgrim.
aaa

Step outside in any cosmopolitan city in the world today, and take a good look around in the sky. You will probably soon spot at least one high-rise building in the distant skyline, cutting through the lofty cloud-dotted horizon like an upright sword.

The increasing construction of tall hotels, towers, malls, and business/convention centers, has achieved accolades, in leaps and bounds, for the modern-day accommodation needs of the human race all around the world, especially in those highly urbanized cities that seasonally and habitually attract large crowds of tourists.

Phrases such as “deluxe penthouse suites”, “panoramic city views” and “free wifi” have become a staple in the worldwide tourism and hospitality industry.

And Makkah is no exception.

The Hajj of Yore

Back in the 1980’s, I grew up listening to stories of how physically taxing and exhausting hajj was, with pilgrims returning to their homelands on stretchers and wheelchairs, their throats sore to the core, and limbs weakened by chronic fatigue and illness.

Hopeful hajj-goers embarked on their journeys weeks if not months before the actual 5 days of Dhul Hijjah in which hajj was to be actually performed. My own grandmother went to Saudi Arabia via ship to perform her hajj. Most Muslims could afford to perform just one hajj during their lives, due to the arduousness of the journey.

Till as little time in history as up to a century ago, traveling to Saudi Arabia to perform hajj was a task more physically challenging than the performance of the rituals during the 5 days of hajj itself. Nevertheless, even after the pilgrims arrived in Arabia, their hajj was anything but easy.

The circumambulation (tawaf) of the holy ka’bah; the day-long sojourn in the plain of Arafah, and the large-scale slaughter of animals was all done under the scorching heat of the sun, with hard, rocky and gravely ground under the feet. There were few machines around to provide comfort and luxury.

The tents at Mina were not air conditioned or carpeted the way they are today. Pilgrims did not sleep upon soft bedding while spending the night at Muzdalifah. And there were certainly no round-the-clock food vendors, buffet spreads, restaurants, freely distributed packs of meals from the government, or clean, functioning toilets accessible nearby at any of these sites.

Hajj was a truly selfless labor of sacrifice, hardship and toil for the sake of Allah. Muslims embarking upon the journey back then, did not even know if they would make it back to their homelands alive and in good health.

Times and things have changed to a phenomenal, mind-boggling extent as far as travel is concerned. Ease of transport has greatly reduced the toils related to international trade. Planes zip people and goods across borders and continents in the matter of hours. Accommodations – even the tented, ‘desert safari’ kind – do not compromise even a little on their tenants’ comfort and luxury.

Whether it is around the two holy sites in Makkah and Madinah, or in the commercially barren plains of Mina, Arafat, and Muzdalifah, now pilgrims who pay more can enjoy access to top-notch services and comforts during their hajj journey.

Thick carpets, soft beds, round-the-clock air conditioning, silky-smooth marble floors, refrigerated drinking water, makeshift baths, and a variety of fresh cuisines – all is available at their beck and call, and more indulgently so, if they can afford to pay more.

It takes mere minutes to walk on the smooth marble from a 5-star hotel to either of the two sacred mosques in Makkah and Madinah. Luxurious automobiles shorten the travails of traveling to and from the holy sites in and round the twin sanctuaries of Islam. 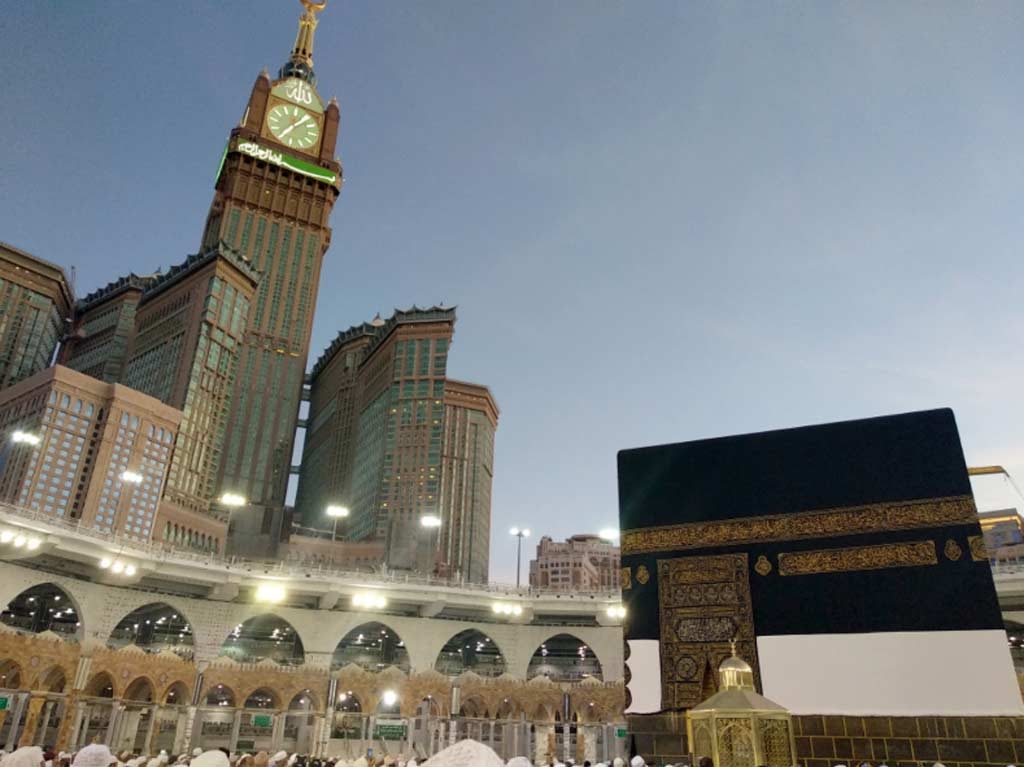 The short stays in Mina, Arafat and Muzdalifah are made easier and more comfortable by the widespread and easy availability of all the necessities and amenities (literally) that the travelers in the path of Allah habitually enjoy back in their homes (remember the free wifi?).

The question that arises, however, is that, how fair is it to clump together the millions of pilgrims who have all come to perform the same rites of hajj, into different categories, according to how much they are paying?

Classifications of Pilgrims According to Package Price – Is it Fair?

Of late, I have heard many people complain, “Hajj is fast becoming a journey that only the rich Muslims can afford! Capitalists have exploited the annual desire of the common Muslim man to perform hajj, in order to earn magnanimous business profits.”

It is true that hajj is no longer a uniform experience for every pilgrim. The bands classifying pilgrims according to their ability to pay are becoming greater in number and further apart from each other.

Those pilgrims who can afford to pay for a 5-star hajj package, experience much, much less fatigue and hardship than those who can afford only a 2-star one. They enjoy greater personal privacy, sleep in better bedding, have easier access to better toilets, cover shorter distances between holy sites during the performance of hajj rituals, and eat better (and more) food throughout their journey.

Poorer pilgrims – who barely managed to save enough money over decades of their lives, just to pay for their hajj air tickets,- end up living in personal makeshift tents, which they bring along with them, erected on public pavements throughout their hajj journey. They line up and wait in long queues to use filthy public toilets. They have barely enough money to eat 3 meager meals a day. They cannot access, let alone partake from, the lavish daily buffet meals that uniformed waiters lay out for their wealthier pilgrim brothers inside their plushy carpeted, cordoned off private tents.

Poorer pilgrims usually also go from one holy site to another on foot, carrying their tents, luggage, bedding and other belongings along on their shoulders for hours, while the wealthier ones merely step into a waiting bus or SUV to do the same.

This disparity makes one wonder, about hajj, just the way one wonders about the gaping disparities in humans’ possession of the other material comforts in life: why should one pilgrim have to suffer so much more hardship to perform hajj than his brother, just because he was given less wealth by Allah?

Shouldn’t the journey of submission in the path of Allah be the same in difficulty for every pilgrim?

Shouldn’t hajj equate all pilgrims as they stand before Allah proclaiming, “Labbaik” (“I am here”)?

Conclusion: It’s a Matter of Perspective

Allah has decreed this disparity in provision Himself, for all His slaves, be they Muslim or not. This disparity is the very driving force behind providing a means of livelihood to all people, no matter which niche of the social spectrum they hail from.

There is no way anyone of us can reverse the growing trend of the commercialization of hajj. The luxurious hotels, malls, restaurants, and services are here to stay. Those who can afford to pay more for hajj, suffer less hardship during it, yes, but there are two sides to this coin.

The poor pilgrim who spends years saving up to perform his hajj, and who endures tremendous more hardship whilst performing it, earns manifold more rewards than the one who pays for every high-end service during his hajj with his ample wealth.

It is a collective responsibility of the wealthier Muslims of the ummah to sponsor thehajj of those of their poorer brothers and sisters every year, who want to perform hajj at least once in their lives.

Will they both be equal in the book of Allah? Most definitely not!

The poor, suffering pilgrim will definitely be rewarded more in the hereafter for his endurance of so much more difficulty in the path of Allah, because Allah Himself prevented him from availing the worldly luxuries that his wealthier brothers could afford.

According to this perspective, then, this trade off is surely going to be a very profitable business deal for him!