Meeting the religious author Karen Armstrong was one of those ‘no way’ moments of life. Energized by a great speech which projected a glimpse of her years of spiritual dialogue, reflected in her transition from conservative Catholicism to spiritually liberal, there was an essence of awe across the room as so many of us listened as she relayed important historical stories and context which helped share her vision of life. It was of course no surprise for the audience who hailed from varying backgrounds.

In her speech when asked to define spiritual Islam, Sara Khan spoke of key values as a foundation on top of which a diversity of opinion is perfectly valid. This is a stark move from the perception that the most difficult option must be the most correct as faith is meant to be a challenge. By including the validity of liberalism she demonstrated the Prophetic attitude of always taking the easiest option, so long as that option did not breach the underlying values of decency, dignity, justice, and so on.

Rashad Ali speaking on the importance of social context shared an anecdote on how a living-today scholar opined that it is halal to eat a mermaid. The ‘scholar’s’ reference point is more akin to folklore from the Middle Ages, where stories of mermaid and mermen were commonplace.

To then issue a fatwa in our modern era seems almost a mockery to sense and sensibility, though of course the scholar’s point was a technical one based on the principle that everything in the sea is permissible. Still, that he issued it in the first place demonstrates how disconnected he, and the questioner are, from the realities of everyday living.

Rabiha Hannan gave the example of how while today with the touch of a button we can communicate with a person on the other side of the world, yet the companions of the Prophet had no such option. Instead, in new lands, they will simply find a way for their faith to be applied within the framework of local custom. Meaning that the magnifying glass of Arab culture was not the only methodology adopted when making their Islam in new lands their own. 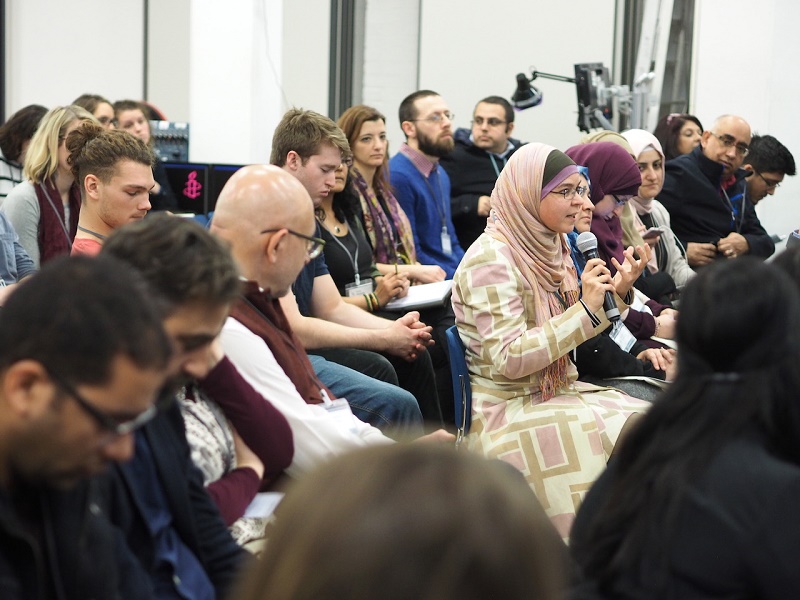 Perhaps this plays into why so many Muslims feel disconnected from religion in the West, for if God created the world with its varying customs and cultures, then replacing this diversity with a singular mono culture of Arabism becomes an insult to God’s mercy to us all. There is of course nothing wrong with being Arab or indeed Arab customs (the good ones at least). But denying God’s Grace to us all with our variety of beautiful global cultures is far from the Quranic direction to discover and explore life.

This plays into Marryum Mehmood’s poignant remark of how some refuse to identify where they live and have lived, for almost a generation, as their home, giving the accolade to a now foreign land. Yes, the world has changed at a very rapid pace, and this nostalgia is no different to many who voted for Brexit; craving, dreaming, hoping for a time that no longer exist, and is simply a reflection of insecurity in relation to the reality of our current time and – for whatever reason – not feeling ‘at home.’

So when Julie Siddiqui spoke about the Jewish-Muslim organization, she stressed that while issues may exist in Israel and Palestine, we live here in England, and for us it is important to not just build relationships with one another, our neighbors, but implying that perhaps by finding ways to be better towards one another here, we can find a solution to one of the most catastrophic issues of our time causing division abroad.

World peace – despite being a catchphrase for every Miss Universe contender – was the focus for Sammiaa Dyer. Up until recently, almost every religious text on the 99 Names of God had a very surgical feel to it. The recent publication by Chickpeas press had made understanding these attributes of God so much more accessible to adults as well as children, Muslim and non-Muslim. It is to say that by understanding God better then all of us will come to appreciate and understand one another better, bringing us closer to world peace. 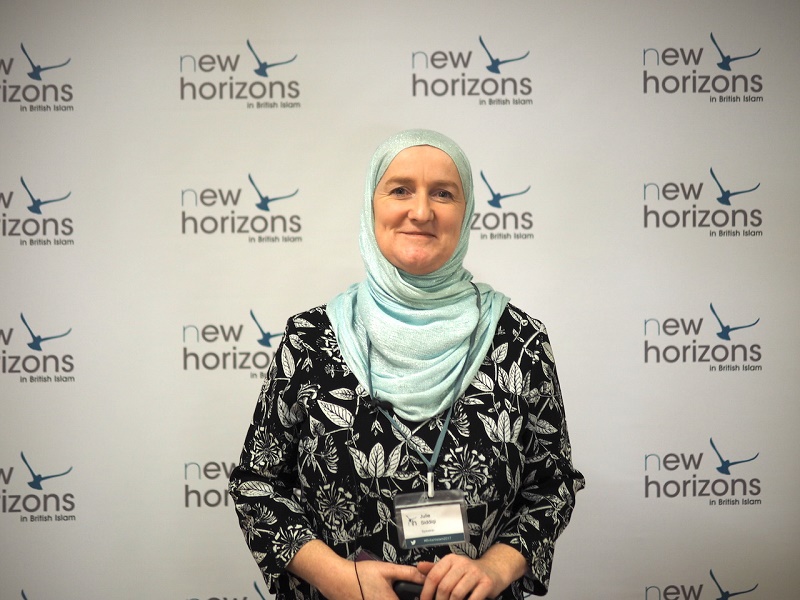 So to belonging as Bonnie Evans-Hill spoke, a British Islam is more than just finding an identity which reflects the best of Prophetic values, it is about being a part of a community, in the same way Prophet Muhammad established the Constitution of Medina.

There, Muslims and non-Muslims were encouraged to live better together, in peace. To have their respective traditions honored. To have the freedom to believe as they wish without scrutiny, for God alone is the judge of every human being, even though so many men confuse encouraging better behavior with the ungodly imposition of such.

While I only managed to attend the first day of the program, it was clear to see that the conference’s objective of opening a meaningful dialogue was in full swing. Whether any of us agree or disagree with one another, it matters less than whether we can honor and respect one another despite our differences.

It is not a tolerant society that any of us should want, rather one of mutual dignity, underpinned by love upon love. And should we ever manage to achieve this, we will finally fulfill the Quranic principle, where those who believe will find peace in this life and in the next, Ameen.