aaa
Q I used to be in a haram (sinful) relationship, but now it’s been over for some time. I have simply been doing things that keep my mind busy. I have also repented many times. So far, it was helping, until I heard that because I had such past, my marriage in the future won’t be good. Is this true?

“There is nothing to say that past haram (sinful) behaviors will definitely have a negative impact on our future actions and relations, unless, of course, we have not authentically moved past these behaviors.

There is no evidence of this that I am aware of in our teachings.

I think the path you are on, sincerity in repenting and changing your life for the better, is the key.

Focusing on this with the full knowledge and conviction that change can only come through reliance on Allah and sincere striving for His sake is the way to move forward.”

Alhamdulillah that you have made this major change in your life and have repented for your past sins.

For many, such changes are difficult if not impossible to maintain.

In sha’ Allah, your sincerity in wanting to change for the better as evidenced by your sincere repentance and your abandoning of the past sins have made all the difference.

With such sincerity, indeed, Allah helps those who help themselves.

To help me respond to your question, I will draw from an earlier response I gave to another questioner on a similar topic related to repentance, forgiveness, and why our past sins should not affect our future relationships from a spiritual perspective.

“There is no unforgivable sin in Islam outside of shirk (associating other beings/gods with Allah).

Everything else under the sun is forgivable as long as one is sincere in their repentance to Allah.

What your wife did with that other man several years back was of course sinful.

Whether it was zina (fornication) or not is an issue for more capable scholars to determine, but the fact that the two of them were not married makes it, of course, a sin.

However, it’s a sin and every single one of us commits sins.

Your wife is no different. As a major sin, it is still one that is very much capable of being forgiven. Allah says in the Qur’an:

“Say: O My slaves who have transgressed against themselves! Despair not of the Mercy of Allah, verily Allah forgives all sins. Truly, He is Oft-Forgiving, Most Merciful.” (39:53)

In a Hadith Qudsi: Anâs (May Allah be pleased with him) states that he heard Rasulullah (Prophet Mohammad – Peace Be Upon Him) saying that Allâh said,

“Verily, Allah is more delighted with the repentance of His slave than a person who lost his camel in a desert land and then finds it (unexpectedly)”. [Al-Bukhari and Muslim]

Abu Hurairah (May Allah be pleased with him) narrated: Messenger of Allah (Peace Be Upon Him) said,

“He who repents before the sun rises from the west, Allah will forgive him”. [Muslim]”

So, in Islam, forgiveness after repentance is absolute in a certain sense.

We don’t carry our sins around with us for the rest of our lives if we have walked the sincere path of repentance, in sha’ Allah.

In this counseling video:

Furthermore, our scholars tell us that past sins we have repented for should be treated as if they never happened.

We should not talk about them, discuss them, bring them up or the like, for Allah – through His Forgiveness and Mercy – has covered them for us.

What’s done is done. Move on. The point to this is that your past relationships should have nothing to do with your future marriage from that sort of spiritual perspective.

However, that does not mean that the psychological/emotional experiences that we went through in those past relationships will not play a role in future relationships.

That is a different story entirely. Being a convert to Islam myself, I have some experience in this area.

It is important that before we marry again, we are honest with ourselves and have done the necessary “self-work” to prepare for a new, fresh start.

That means doing the work of addressing any lingering demons or issues that might affect our future relationships.

Nearly every relationship will have some emotional baggage attached to it.

So, we need to try and be aware of what the baggage might be that could affect our ability to engage in a new healthy and wholesome Islamic marriage.

What will we do differently this time? What have we learned about ourselves since making this change in our life? Where will we go for support if things aren’t going well? And so on.

Getting back to your question, I have answered you based on several assumptions.

I may be wrong in my assumptions, so please write us again if you need more clarification.

In sum, there is nothing to say that past haram (sinful) behaviors will definitely have a negative impact on our future actions and relations, unless, of course, we have not authentically moved past these behaviors.

There is no evidence of this that I am aware of in our teachings.

I think the path you are on, sincerity in repenting and changing your life for the better, is the key.

Focusing on this with the full knowledge and conviction that change can only come through reliance on Allah and sincere striving for His sake is the way to move forward.

Allah changes hearts, and only Allah has the power to do this. 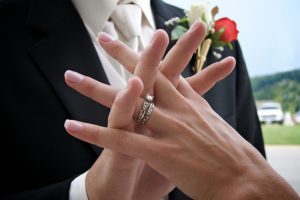 Do I have to Tell My Future Husband About My Sinful Past? 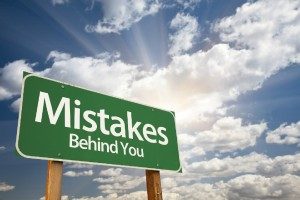 Fiancé Cannot Accept My Sinful Past 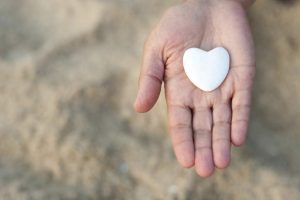 Not Being Able to Forget My Past Hinders My Life