aaa
Q Last week, I was talking to my sister over the phone for around one hour and a half and my wife was not happy and started to moan and groan. Actually, my wife and sister don't get along well. My wife's sister and her baby are also staying with us. They came from back from. My wife started to moan and groan and it really got to me and we started to argue. I was very angry and gave her a tiny slap on the face and I told her sister to leave the house and situation got worse, there was a lot of verbal altercation and there was a lot of pushing and shoving going on. I took a knife and made threats towards my wife's sister. My wife called the police and I got arrested but the case was dropped. Since Sunday, I had been living outside the house and my wife said that she is not ready to see me and that I should look for an accommodation somewhere else. On Tuesday, she came to the hotel that I am living and dropped my stuff in a suitcase. Though she has provoked me and that's how the argument started, I told my wife that I am really ashamed of my actions and would like to come home to apologize to my wife and sister in law. But she said that she is not ready to see me. I even went back home one night after work but she would not open the door and said that she needs more time. It’s been a week since I have not been home now. I kept telling my wife that I want to see them to apologize and we can move on but she would not listen to me. I have got a strong feeling that she is being advised by her sister not to let me in and after her sister and baby are gone then she will let me in. I am very confused at the moment and don't really know what to do. I pay for the mortgage and I have got the right to be in our Marital Home. Can you please advise. Jazakallah.

“Begin with giving her space as well as taking space yourself. Use this time to learn some of the anger management practices that we are taught about in Islam. If after some time she is still refusing to speak with you, you might consider writing a letter and appointing an intermediary who can make the first interaction with her easier and smoother. Once you are able to overcome the immediate difficulties, there are also steps you can take to maintain peace in the relationship such as seeking counselling and making sure to give each other your time. You could do this by having a set day each week that the two of you go out along e together, just the two of you.”

It sounds very much like you were living under some difficult conditions with the added pressure of your sister-in-law and her baby staying with you. Additionally, it seems that your wife is also having issues with you talking to your own sister too. It seems like the frustration between you has been gradually building up and erupted into a very significant event.

As you know, your actions were completely unacceptable. Despite how difficult the situation gets, you do need to learn how to control your anger. She is now understandably afraid. She needs time to recover from the shock of being slapped and threatened with a knife. This will take time and you will need to be patient. This is not something that will occur overnight.

Whether her sister is counselling her to tell you to leave her alone for now doesn’t matter so much; she is probably also afraid of you since she is also presently living under the same roof. She also has a baby, so will be scared for her baby. Furthermore, she is probably scared of what you might do again if you get angry. Naturally, she wants to protect her sister. Understand that for them this was a very traumatic experience. Imagine how you would feel if someone bigger than you slapped you and held a knife to you, especially if this someone is a person who you trust and who you would never expect this from.

I understand that it is your right also to live in your own home, but she also has the right to live there too as it is your responsibility to provide a roof over her own head as much as your own. In sha’ Allah, in time, as things cool down, she will let you back in and you can talk things through.

Not only do they need the space to recover from this event, but you also need time to overcome it and contemplate how you will move on and forward too. Allah teaches us to be kind to our spouses and you have disregarded this, so you should repent to Allah as well as your wife and her sister.

Only a short amount of time elapsed between the event itself and you seeking to re-enter the house to give an apology. Being slapped by the person who is supposed to protect you and raising a knife can take a lot longer than this to recover from. To expect her to open the door to you this early on is not entirely irrational. However, I understand that it means that you are unable to re-enter your own home at present and this is difficult for you, especially when you are ready to offer an apology.

After a short while longer, you could consider writing a letter and posting it into the house. This way you can let her know your feelings and offer an apology. She will then be aware of how you are feeling and you will have the chance to release your own emotions too. Writing a letter will allow you to communicate these things without actually being in direct contact. This might be particularly useful in these early days where she is reluctant to see you in person.

If after having given her sufficient time, she still refuses to see you, you could propose that a third party enter the house with you so that you can talk with an impartial party present. Most importantly, she can feel safe that you will not behave in the same way again during this meeting.

Learn to manage your anger

It seems that your actions were born out of built-up anger for the whole scenario of her moaning about you talking to your sister as well as the added pressure of having her sister and baby living in your house. This has had unfortunate consequences on your family relations. Fortunately, Islam offers many solutions to managing anger which you can utilize in the future should you begin to feel this way again.

“Sulaiman bin Surad (May Allah be pleased with him) reported: I was sitting with the Prophet when two men began to quarrel and curse each other and the face of one of them turned red and the veins of his neck were swollen (from rage). Messenger of Allah (SAW) said, “I know of a word, if he were to utter that, his rage would vanish and that is: A’udhu billahi minash-Shaitan nir-rajim (I seek refuge with Allah from Satan, the accursed).” So they (Companions) said to him: “The Prophet tells you to utter: ‘I seek refuge with Allah from Satan, the accursed.” (Al-Bukhari and Muslim)

“When one of you becomes angry while standing, he should sit down. If the anger leaves him, well and good; otherwise he should lie down.” (Abi Dawud)

It might be a good idea to seek counselling as a couple once things have cooled down. This will assist to overcome ongoing frustrations, get all your concerns out, as well as allowing her to express hers also. This will prevent old ground coming up again in future arguments as well as extinguishing any existing hard feelings that exist between you. It will also show her that you are serious about fixing any difficulties that exist between you as well as identifying ways to manage difficulties that may arise I the future.

It might be that you have to make some kind of compromise; perhaps talking to your sister a little less in order that you can give a bit of extra time to your wife also. Perhaps with her sister around, you feel like you never really get that time alone together that you desire. So, the compromise also needs to made here also. So, it might be the once a week the two of you go out together, leave the house and go somewhere just the two of you.

Overall, as you know, what you did was far from acceptable, regardless of what she has done to upset you. This type of situation can take a long time to repair due to the fear that you have evoked in her as a result of your angry outburst. It is clear, however, that you realize this and are ready to apologize and make amends. As yet, she is not ready to let you back into your marital home. However, there are some steps that you can take towards repairing the situation.

Begin with giving her space as well as taking space yourself. Use this time to learn some of the anger management practices that we are taught about in Islam. If after some time she is still refusing to speak with you, you might consider writing a letter and appointing an intermediary who can make the first interaction with her easier and smoother. Once you are able to overcome the immediate difficulties, there are also steps you can take to maintain peace in the relationship such as seeking counselling and making sure to give each other your time. You could do this by having a set day each week that the two of you go out along e together, just the two of you.

May Allah forgive you and make it easy for you to work through the difficulties that you face in your relationship. 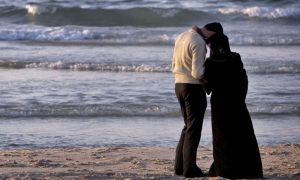 Why in Islam a Wife Has to Obey her Husband? 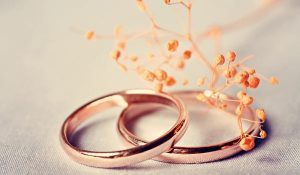 What Should Husband Do If Wife Is Not Interested in Sex? 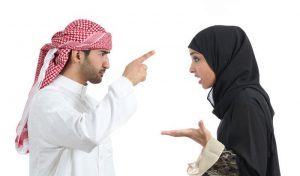 How to Deal with My Disrespectful Wife?