aaa
Q I was recently having a conversation with some Christian friends. We were debating regarding polygamy. Since I had read the combat kit that Ahmed Deedat wrote, I made a remark concerning the lawfulness of polygamy in the Bible. They gave me two verses (Matthew 19:5 and Mark 10:8) from the New Testament that imply, according to them, that polygamy is forbidden. Their reasoning was as follows: If a husband is one flesh with his wife, how come we say that he has the right to marry another person? They also said that the law concerning having multiple wives in Exodus 21:10 was abrogated, and thus the present rule allows one wife and prohibits a woman to marry another man after she has left her husband, which signifies that no man can have another woman except his previous wife. Is there any logical answer to this question? I would appreciate it if you gave me the answer for this question very soon.

It is a very interesting one, because any mention of polygamy to those who are not Muslim usually evokes an immediate response of shock and even disgust. It is seen as the ultimate example of woman’s degradation in a religion totally dominated by men.

It is so important, then, for us to address the issue. Non-Muslims have no understanding about the purpose of taking more than one wife and they have very little understanding of the place polygamy has in Islam, or of the reasons for it being tolerated.

Muslims, too, when confronted aggressively about polygamy by non-Muslims and asked why Islam allows a man to take more than one wife, often remain silent, wondering what to say or how to explain it. Their slow response suggests dissatisfaction with polygamy itself and hints that it cannot really be justified in our modern age by educated men and women. We have a great responsibility to present the truth.

The famous Christian Evangelist and preacher Dr. Billy Graham has this to say about Islam and polygamy:

“Christianity cannot compromise on the question of polygamy. If present day Christianity cannot do so, it is to its own detriment. Islam has permitted polygamy as a solution to social ills and has allowed a certain degree of latitude to human nature but only within the strictly defined framework of the law.

Christian countries make a great show of monogamy, but actually they practice polygamy. No one is unaware of the part mistresses play in Western society. In this respect Islam is a fundamentally honest religion, and permits a Muslim to marry a second wife if he must, but strictly forbids all clandestine amatory associations in order to safeguard the moral probity of the community.” (Quoted in Women In Islam by Dr. Sherif Abdel Azeem)

He quite clearly recognizes that Islam has an important role in society.

We must be very clear, though, about what we are told in the noble Quran:

Islam was quite revolutionary in limiting the number of wives a man could take to four. It was quite normal throughout the Arabian Peninsula for a man to have many wives, but Allah limited this to two, three, or four. The conditions are also very clear. A man must be able to deal justly with each of the wives, treating them equally. If he is not able to do this, and this is a very difficult requirement, some might even say impossible, he should marry just one wife.

Polygamy was permitted because of a pressing social need in the early Muslim community. Many widows were uncared for because their husbands had been killed in battle. Taking more than one wife was seen as a way of caring for these women.

We should also remember that polygamy is permitted in Islam. It is tolerated. In other words, it is allowed in certain pressing circumstances, but is by no means the norm and should not even be considered as particularly desirable. 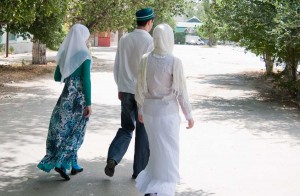 Islam is an eminently sensible religion and has provided ways for people to live together in harmony. There is, however, one thing that is perfectly clear. Satisfying a man’s sexual appetites has nothing to do with polygamy in Islam. This is not why it is allowed. Any suggestion to the contrary is wrong. If as Muslims we were able to convince the world of this, we might just be able to let people see Islam for what it really is, and not for the caricature by which it is often portrayed.

When talking about polygamy in Islam to others, we must not forget to mention to them that polygamy existed in the Old Testament. We are told in the First Book of Kings that King Solomon had 700 wives and 300 concubines (1 Kings 11:3) and in the Second Book of Samuel that King David had many wives and concubines (2 Samuel 5:13). In the Book of Deuteronomy, we are told how to divide a man’s property among the sons of different wives (Deuteronomy 22:7).

In the New Testament, used by Christians, Jesus does not at any stage explicitly forbid polygamy or recommend that a man take only one wife. This is surely a very interesting omission since the Jews of Jesus’ time were still taking more than one wife. If polygamy were contrary to his teaching, he would surely have said something on the subject.

Saint Paul, the real founder of the Christian religion, again does not speak out against polygamy. In fact, Paul is so concerned that the world is about to end, that he actually recommends not marrying for those who are not yet married, since there would not be time enough left for a couple to enjoy marriage!

It is Saint Augustine of Hippo who advises Christians to abide with the existing Roman ruling of taking only one wife, although the Romans and the Greeks did take mistresses quite openly in their societies.

In such a brief answer to your question, we can only say that polygamy did certainly exist in the Old Testament and that Jesus did not condemn it in the New. Those who would point accusing fingers at Islam should recognize this.

They should also admit that Islam was revolutionary, as we have said, in limiting the number of wives a man could take, and this only if he could treat them equally. The whole reason for taking more than one wife was to take care of those women who had no one to care for them. In such a society as that of the early Muslims in the Arabian Peninsula, this was a pressing need.

In our own age, when women outnumber men in some countries, we might need, as a society, to look once more at the example and the solution which Islam provided fourteen centuries ago. 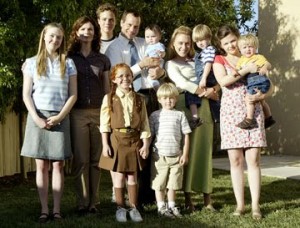 Muslims have no reason to be silent when polygamy is mentioned. If some people have brought polygamy into disrepute by the way they treat women, we should also remember that Islam has nothing to be ashamed of.

Islam is perfect, even though Muslims are not. Polygamy is tolerated by Islam as a way of resolving life’s difficulties. Therefore, polygamy is there but it does not have to be practiced.  We can let the rest of the world know this.

We hope this answers your question. Please stay in touch.