aaa
Q I am not a believer right now. It is not because I want to be. It is because I am having a question about fairness of the God or Allah we worship when the final day comes, i.e. only Muslims will get the heaven (when I say Muslim, consider I'm meaning the right ones). Assume a human living in a Christian country or village living as an illiterate farmer with no technology or person to tell him about Islam. He was born hearing about his parents' religion...no word about Islam. He grows and will die. Will he be in hell according to Islam's teaching? If so isn't that to unfair? Please forward me if you have something....Thanks... I wanna be a Muslim...but I can't with this evil idea in my mind.

Let’s agree first that God (Allah) created man and gave him the power of reason to think and contemplate. This is what distinguishes human beings from non-humans. Moreover, God created man as a free human being and gave him the will to decide for himself. Man is not obliged to do anything against his free will. Based on this freedom, God holds man accountable for his deeds and actions.

When we come to the issue of religious freedom, we can notice that faith and compulsion do not mix or coexist. Faith should be based on complete conviction. If somebody is obliged to follow a certain religion, there is no point in rewarding or punishing him.

An often quoted verse in this context is the following verse:

The verse is self-explanatory and does not need further commentary. But the remaining part of the verse explains why there should be no compulsion in religion. This is because {Truth stands out clear from error}.

Allah sent prophets and messengers to convey His message to the people. God revealed a divine book to each messenger. These books had one message; to worship God alone and not to associate partners with Him.

Man is given the chance to think and contemplate for a while in order to decide which way to follow; the way of truth (monotheism) or the way of error (associating partners with God). Therefore, there is no point in compelling anyone to believe in God.

Another important verse that should be quoted in our context is the following verse:

Again, the verse confirms that the right of religious freedom is guaranteed to everyone. 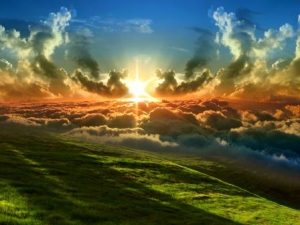 Before Islam the concept of religious freedom did not exist. For example, Pharaoh used to tell his people {I am your supreme Lord.} (An-Naziat 79:24) or {you have no other god that I know of except me.} (Al-Qasas 28:38).

With the advent of Islam, the theory and the practice have changed and the principle of no compulsion in religion was in effect.

The right to believe in a certain religion is guaranteed to everyone whether he is from the People of the Book (the Jews and Christians) or from a non-Abrahamic religion.

Non-Muslims who live in countries with a majority of Muslim population are left free to practice their religions, not only that but their houses of worship are protected.

Throughout Islamic history, especially in Muslim Spain, the Jews and Christians enjoyed religious freedom and they were not forced to abandon their beliefs. Muslims did not practice any inquisitions or persecutions of non-Muslims.

Similarly in India, Hindus were not forced to convert during the 800 years rule of Muslims; until today Hindus are a large majority to prove that Muslims did not subjugate them to convert to Islam.

Muslims do not take non-Muslims as enemies or feel hostile to them. Muslims are urged by God to treat non-Muslims kindly. We read in the Quran what means:

{God may still bring about affection between you and your present enemies– God is all powerful, God is most forgiving and merciful– and He does not forbid you to deal kindly and justly with anyone who has not fought you for your faith or driven you out of your homes: God loves the just.} (Al-Mumtahinah 60:7-8)

One thing to remember is that none of us has been appointed a judge over anyone else. It is not for you or I, then, to make any judgments as to who can possibly go to heaven or who can go to hell. Allah Alone knows the answer to this.

The second thing to note is that everything is not always as it may seem. Someone, for example, who may outwardly appear to be Muslim may secretly have long ago lost any belief in Islam and may be living a life quite contrary to what Islam teaches. Another person, however, who is not known to be Muslim, might have secretly accepted Islam or is following the teachings of Islam without knowing that such a religion exists.

If a person truly lives according to these teachings he or she might expect to be on course for a Merciful Judgment at the end of this life. But none of us can take heaven for granted. It would be a sin and very foolish of us to do so.

As for those good people who are not Muslim but who have lived good lives and have acted always according to their consciences, Allah will decide on their fate.

Allah would accept the goodness of their lives and that on the point of death He may have opened their eyes more fully to His Divine Will. 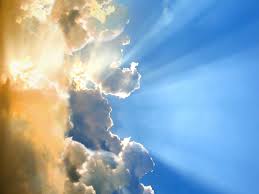 After all, as a person is uttering his last words or gasping his final breath, none of us know what is going through his mind.

In essence, Islam teaches that it is the most perfect way for a person to live. Allah Almighty has revealed so.

Those people who live good and honest lives and worship God as they understand him, and who have not come into contact with Islam, will surely be judged mercifully by the All-Merciful.