aaa
Q Assalam o alaikum, First, I like to appreciate excellent work your entire team is doing. I hope one of your experts will try to satisfy my query as well. I'm deeply confused that to what extent a father can dictate or interfere in his adult children life. I'm over 30, mature enough to decide b/w right and wrong but couldn't able to take a single step without his permission. Is it necessary to obey father or God? God allows women to work and it is also not prohibited by religion to wear loose jeans on a long shirt but what if father stops you, can I overruled him? Can father holds right to force daughter to do something that is cultural like nose piercing as it is common in Pakistan but personally I don't like and neither its an obligation. In Islam father is a guardian or a dictator?Where lies my personal interest and religious freedom if I keep following him blindly? Does a Muslim women means I can’t make my own principles?

Thank you for submitting your question to our website, and for appreciating our efforts, sister. May Allah accept all our work.

As a person approaches the age of maturity i.e. the age range of 30-40, they start to fully embrace adulthood and leave behind the naiveté, heedlessness, and carefreeness of youth forever. It was at age 40 that Allah’s Prophets were granted prophethood.

It is natural for an adult of your age to want to be independent, and to be allowed to make their own major and minor decisions in most life matters. Because you are now maturing, it is no surprise that, as a consequence, your father’s somewhat controlling behavior is worrying you and causing you to feel suffocated.

The Father’s Role in Islam

As I am sure you already know, Allah has made the father the guardian of his flock i.e. his wife and children (primarily). Muslim men are mandated to take care of other dependents as well, if the need arises.

In Islam, fathers have been obligated to be kind and loving to their daughters. There are ahadith that mention the special rewards a Muslim man receives for raising his daughters with kindness. And this special reward (viz. proximity to Prophet Muhammad in Jannah) has not been mentioned for raising sons, because daughters are special gifts of Allah, and they need special care and love to be raised.

Sadly, although many Muslim men readily assume the authority and control associated with their role as the guardian and caretaker of their daughters, they are prone to overlook the seerah and example of Prophet Muhammad, which clearly shows them how to raise these daughters. Prophet Muhammad’s loving way of dealing with his daughter Fatimah is the best example for all fathers.

Why Some Fathers Overprotect Daughters in Pakistan

Sister, now I want to advise you based on my own personal observations of how girls are raised in Pakistan. I was born and raised in the same country, so while growing up, I had a few girlfriends who had fathers who were very controlling. Admittedly, these girls were often reduced to tears because of their fathers’ overbearing nature and harsh way of imposing limits upon their freedom. 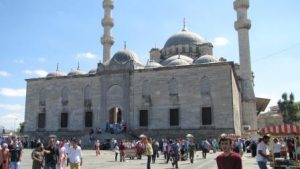 In Pakistan, most men are raised with a culturally ‘patriarchal’ mindset. They are subtly trained to assume complete authority and control over their sisters and daughters, based on the concept of praiseworthy ghairah (protective jealousy) in Islam i.e. the natural anger/protectiveness that a man feels when one of his mahram women’s chastity or safety is endangered or undermined in any way.

However, most Pakistani men are often ignorant or careless of the fact that Islamic tenets also obligate them to show complete respect towards all non-mahram women, be they Muslim or non-Muslim, by completely abstaining from staring at, flirting with, having flings/friendships with, or harassing girls/women in any way.

Allah has not allowed a Muslim man to flirt/hang out with, or talk unnecessarily to any non-mahram woman, no matter how she is dressed, or in what manner she is behaving with him.

Yet, many Pakistani men have a habit of staring at or flirting with a girl or woman whom they find attractive, not to mention, having casual friendships/flings with them, hanging out with them at social gatherings, or even indulging in casual ‘eve-teasing’ on the streets and in public places.

Many such men tend to ‘blame’ the friendly way those women interact with them, or the they way they dress in front of them, for their licentious behavior, saying, “she was inviting me to behave freely with her”.

These double standards lead most Pakistani fathers and brothers to attempt to overbearingly “protect” their daughters and sisters from the same kind of behavior from other men, by imposing restrictions of dress and freedom of outside movement upon them in a harsh manner. Their imposing these restrictions has nothing to do with Islam, although they conveniently claim that it does.

This attempt at patriarchal control of mahram women has less to do with the fear of Allah, and more to do with the cultural double standards prevalent among most male mindsets in Pakistani society viz. “I can stare at and flirt with girls, but I will not allow any man to do the same with my sisters/daughters.”

Sister, now I’d like to suggest that you let your father know how you feel, by writing him a candid letter addressed in a loving tone. Fathers have soft corners for their daughters in their hearts, even if they do not openly show it or admit it.

Tell him how his restrictions make you feel: be open and honest about it. Be sure to use a very loving tone, e.g. “My dear Abbu..”, which is an etiquette endorsed by the Qur’an for addressing a father (as proved by the way Prophets Ibrahim, Ismail and Yusuf addressed their fathers).

The reason why I am recommending your putting out your feelings to him in writing, is because talking face-to-face can often involve distractions, interruptions by other family members, and a lack of understanding based on a person’s mood and daily circumstances.

Once you will write him a letter, he will be able to read it over and over again in privacy, and the written words from his daughter will have an extra effect on his heart, insha’Allah, leading it to becoming softer towards you. 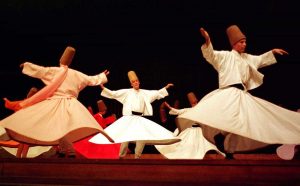 If you cannot write him a letter, bring in a trustworthy family member who is close to and friendly with him, to arbitrate on your behalf and present your point of view to him, and to convey to him how you feel about the way he treats you.

However, if you think that this method will backfire and cause him to get angry at you for complaining to someone else about him, then please use the former method that I have recommended instead. The point is to appeal to his heart and soften it towards you, without making him angry.

Whichever method you choose, please make sure your tone is polite, your attitude is respectful, and your words are loving. Instead of using accusatory words and phrases such as, “You always…”, “You never…”, or “Why do you…”, use positive phrases, such as “Please try to..”, and “I’d be so happy if…”.

Be Patient and Make Dua’s for Your Emancipation

Sister, according to Islam, you do not have to obey each and every thing that your father commands you to do, if it falls in the category of matters about which Islam is silent viz. those related to personal choice, such as a daughter piercing her nose, or wearing certain clothes that she likes (as long as they do not violate any of the Islamic laws related to a woman’s hijab).

However, please remember that obeying your father even in mundane matters, purely for the sake of Allah, is highly recommended and reward-worthy. If you choose to refuse to obey him in matters in which Allah has granted you freedom to do so, please do so in a polite manner, without rebuking him or showing anger.

I suggest you pray to Allah and make lots of dua’s to grant you legal emancipation, through Islamic marriage to a man who is righteous, benign and easygoing in nature.

Most of the aforementioned childhood girlfriends of mine whom I mentioned to you (whose fathers were very harsh and controlling towards them), were granted release in a similar manner, when – by Allah’s will – they got married to nice husbands who were much more lenient and easygoing with them.

After a Muslim woman gets married, complete authority of her guardianship transfers from her father to her husband. She can then do anything that is permissible in Islam (i.e. which is allowed by Allah and His Messenger) and that her husband allows her to do, even if her father dislikes it.

Even if you are not emancipated through marriage, the cycle of life will go on as time progresses, and your parents will eventually advance in age, just like the rest of us.

The stern, dominating nature of parents gets milder with time in most cases, especially if they become weak in will and body. In such circumstances, while adult offspring are mandated to treat their parents with utmost kindness, they are not bound to be unconditionally obedient to them.

This is because, sometimes, elderly parents request their adult offspring to do something wrong or detrimental, in which case they should not be obeyed. 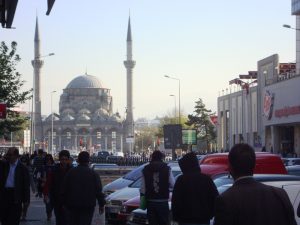 Either way, I am sure that Allah will respond to your dua’s and emancipate you from the dictatorial control of your father with time, either through marriage or via some other means of release, inshaAllah.

Please just keep your trust in Allah, and never become despondent, even if the answer to your dua’s takes years in coming. Allah will reward you immensely for your patience in tolerating your father’s domineering attitude and returning it with kindness.

Please take a look at this link, which also offers similar advice.