aaa
Q I want to ask does cursing someone who has done too wrong with you and has destroyed your life works or not! I know it is good to forgive but what if bad dua comes out of your heart naturally will it be fulfilled? Can we ask God for justice in that matter?

Short Answer: The supplication of the one who has been wronged is indeed very powerful. So, you may ask for a just retribution. But, if you choose the path of forgiveness, then from Allah there will be an unlimited reward.

Thank you for sending your question and for your desire to gain more knowledge and amend your life affairs as per the pure teachings of the deen. May Allah reward you for that!

With regards to your question: yes, dua does get answered.

Abu Hurayra reported that the Prophet (may Allah bless him and grant him peace), said:

Also, It was narrated that ‘Abdullah bin Sarjis said:

“When the Prophet (peace be upon him) traveled, he would seek refuge with Allah from the hardships of travel, and the sorrows of return, from loss after plenty, from the supplication of the one who has been wronged, and from seeing some calamity befall.” [Sunan an-Nasa’i]

So the supplication of the one who has been wronged is indeed very powerful.

But one needs to pay attention to a number of issues here:

1- First, be careful not to make dua that retaliates an injustice with a greater injustice. In other words, someone might have taken 5 pounds from you, for example, so you make dua that they lose all their money. In essence, your actual right is only the 5 pounds, but instead of asking for fair retribution, you ask for a greater affliction. In this case you risk committing injustice as well against someone. So be careful what you ask for. 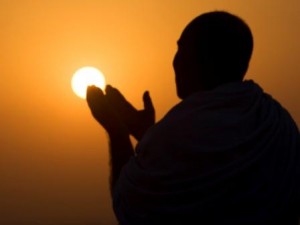 2- Second, you might make a dua against a close family member/a kinship/ or a loved one, for example. If matters got amended between you, you will end up feeling guilty and sorry for the harm you have afflicted on a person who is close to you.

That’s why we should be careful not to commit injustice against anyone in our dua.

{And the retribution for an evil act is an evil one like it, but whoever pardons and makes reconciliation – his reward is [due] from Allah. Indeed, He does not like wrongdoers.And whoever avenges himself after having been wronged – those have not upon them any cause [for blame].The cause is only against the ones who wrong the people and tyrannize upon the earth without right. Those will have a painful punishment.And whoever is patient and forgives – indeed, that is of the matters [requiring] determination.And he whom Allah sends astray – for him there is no protector beyond Him. And you will see the wrongdoers, when they see the punishment, saying, “Is there for return [to the former world] any way?} [Quran 42: 40-44]

The verses are clear.

If someone takes one pound from you, then your right is to take one pound back. We don’t ask for a 100 for example, that’s injustice. Allah is also telling us something beautiful. He says it’s our right to seek justice and there is no blame on us in that. But if we’re patient and decided to forgive [in certain cases], then the reward from Allah is unlimited and the person who does that elevates to a very noble status.

{Indeed, the patient will be given their reward without account.} [Quran 39: 10]

So, you may ask for a just retribution. But, if you choose the other path, then from Allah there will be an unlimited reward.

Remember the dua that the Prophet [peace be upon him] used to make.

Umm Salamah (may Allah be pleased with her) reported that whenever the Prophet (saw) stepped out of his house, he would say,

“I begin with the Name of Allah, I trust in Allah; O Allah! I seek refuge in You from leading or being led astray, or against slipping or being caused to slip; or doing injustice or being done injustice; or doing wrong or having wrong done to me.” 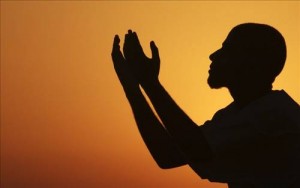 So make this dua too.

Ask Allah (SWT) with His infinite Knowledge, Wisdom and Mercy to guide you and mend your affairs in the way that is best for you in this world and the next.

Will Allah Forgive My Abuser If I Don’t Forgive Them?

How Can We Forgive Without Accepting Further Abuse?

I Feel So Oppressed, How Do I Cope?