When you see your achievements in front of you, do not stand and admire them for too long. Turn away from them so you can head off to achieve something new
aaa

Arab storytellers tell the tale of the Greek architect Sinimmar who built the Khavarnaq Palace for King Nu`man of Hirah.

After building the splendid palace, Sinimmar boasted of his prowess as an architect and claimed that he could build something even better.

Upon hearing this, the king had him arrested and thrown from the highest balcony of the palace, to ensure that his palace remained the most magnificent building around.

Arabs refer to this as “Sinimmar’s reward”.

There is a wise saying that goes:

“Do not promote yourself more than you have to.”

There had been a serious personality struggle between that architect and that king. It was as if each of them felt the pressing need to conclude the other’s life story. The architect used to say:

“I know the brick that if it is removed; the whole palace will come crashing down on those who are in it.”

An inflated ego is a spiritual cancer. It takes a moderate degree of asceticism or self-deprivation to prevent it. Asceticism does not mean we are treating lawful things as if they were sinful, nor does it mean we should deny ourselves what is wholesome and good. What it means is that we rid our hearts of selfish motives.

This is why people who accomplish great public works sometimes do not want to have those accomplishments attributed to them.

“I would love it if the people could have this knowledge without attributing any of it to me.”

“I have never debated with anyone without hoping that Allah would bring the truth on the other person’s tongue.”

There is an artist in Britain who goes under the pseudonym Banksy. He has painted thousands of pictures which focus on the concerns of the people in society, including the problem of Palestine.

His work is critically acclaimed, but he has never disclosed his real identity, nor has he presented himself to receive any awards. He has painted popularly variations on the Mona Lisa, even having her wielding a bazooka in one of them. He is an innovative artist on the cutting edge of the art scene whose true identity remains unknown.

American filmmaker Tom Shadyac produced a documentary film entitled “I Am” wherein he poses the question: “Who are you?”

It is painful to think that your entire life is a story dictated by others. It is imperative that you remain the author of your own life.

Ideas come into their own when we are free from pressures and distractions. The countless things that demand our attentions every day prevent us from engaging with our inner selves.

Activities like designing buildings and painting pictures are some of the ways we can write our own identities, but they can also be the means by which our identities become erased. 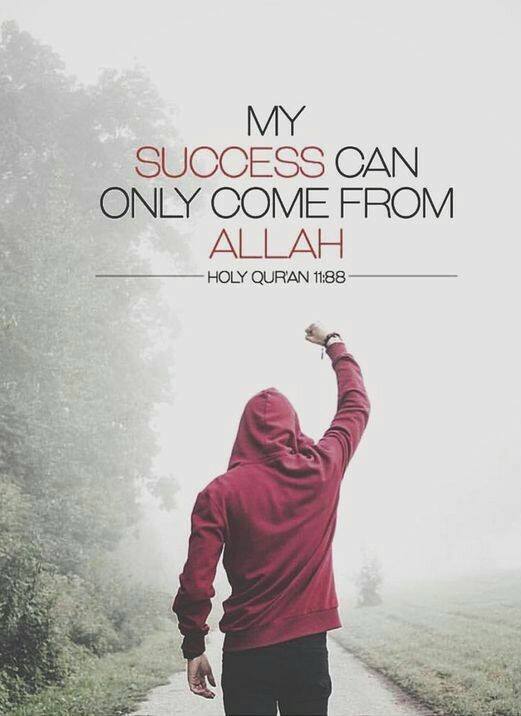 “I wish to proclaim the bounty of my Lord.”

He began speaking to me with these words.

Then he went on to tell me about how many thousands of copies of his book have been sold and how many e-mails he receives about it each day. He told me how a friend of his saw his book in the magazine pouch of a chauffeured car in Sri Lanka. He then told me how the book helped to save someone’s marriage. He went on and on.

He then advised me to visit a website where I would find a lot of innovative and exciting things. It turned out to be his own website, of course. It was not bad, but nothing exceptional either.

I said to him:

“Take it easy. If you were the author of How to Stop Worrying and Start Living or Plato’s Republic or The Alchemist, just imagine how you would behave.”

Many people who will tell you that they started with nothing and then made it to the top through nothing but their own efforts. They exaggerate the challenges they faced to make others feel that there is no way they could do the same.

Many of the great people of the past wrote autobiographies, including the eminent Islamic scholars al-Shafi`i, al-Suyuti, and Abu `Abd Allah al-Andalusi.

In recent times, most autobiographies are written by politicians, literary figures, and entrepreneurs. Few of these are written with modesty and objectivity, especially when their authors are writing about their rivals and opponents. This is why scholars of Hadith say that claims made by disputants about other people are not accepted as true.

Some literary figures write fictional narratives interwoven with a strong autobiographical element. These works often contain detailed and perceptive descriptions of the social environment their authors lived in.

This is the case with writers like Naguib Mahfouz, Taha Hussein, Ghazi Al Gosaibi, and Turki al-Hamad. Their stories and novels cannot be separated from their personal lives, nor do they represent their lives faithfully. Their works are not representations of lived reality nor are they entirely fictions.

History’s greatest achiever was Prophet Muhammad, and his greatest attribute was humility before Allah. He used to prostrate before his Lord in prayer when he met with success. When he entered Makkah victorious after many years in exile, he did so with his head bowed and in a humble manner.

So do no not treat the orphan with harshness, do not drive away the beggar, and proclaim the bounty of your Lord. (93: 9-11)

People are naturally inclined to regard recognition of their achievements as a means for greater rewards. This is how Allah encourages us. However, we do not want to go overboard in assessing the impact of our achievements, as if everything in the world is affected by us.

We also do not want to become overwhelmed by the immensity of the world and go to the other extreme of thinking our achievements unworthy of regard.

When you see your achievements in front of you, do not stand and admire them for too long. Turn away from them so you can head off to achieve something new, and use your sense of achievement as a source of renewed energy for your future projects.

The progression of your life’s achievements, successes, disappointments, and experience carve out the course of your life and give it meaning.

Source: http://en.islamtoday.net
We use cookies on our website to give you the most relevant experience by remembering your preferences and repeat visits. By clicking “Accept”, you consent to the use of ALL the cookies.
Cookie settingsACCEPT
Manage consent