Our Prophet Muhammad (peace and blessings be upon him) was appointed as Allah’s last Messenger to establish Islam on earth as guidance for humankind before the final reckoning. He was the leader of  Muslim Ummah; their guide and role model.

His actions, both personal and public, were divinely guided, so much so that he became the epitome of lofty, righteous conduct and character; he was loved and looked-up-to by the first Muslims, who emulated, imitated, and admired him by incorporating his actions completely into their own practical lives:

Allah’s love and pleasure with a believer, man or woman, is conditionally dependent upon the level at which he or she loves and obeys Prophet Muhammad (peace and blessings be upon him); that love should be reflected as adopting the Prophet’s habits, qualities and personality into his lifestyle.

Challenges of the Contemporary World

Following the Sunnah was something done automatically and wholeheartedly by the Prophet’s Companions (may Allah be pleased with them all).

Now, times have changed, and following the Prophet’s Sunnah in the everyday life has gradually become quite a challenge for today’s Muslims. Here are only a few reasons for that:

It is considered old-fashioned or primitive if one follows methods that are “obsolete” viz discovered centuries ago, instead of the result of some modern research, scientific findings or data study.t is a “modern” fashion, for example, to shave off the beard, instead of growing it.

2. Peer pressure and corporate culture; everyone nowadays works for a living – even the elderly, women, teenagers, and sometimes children. Lives revolve around career rat races and corporate ladder ascension. People are reluctant to compromise on careers when practice of a Sunnah becomes an obstacle in them.

For example, a Muslim woman might not be allowed to wear hijab at her workplace because of its strict employee dress code, and might need to protest to lengthen her skirt according to Islamic injunctions. 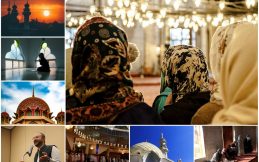 3. Pressure to ‘assimilate’; Muslims living in non-Muslim majority areas are constantly under the pressure to prove the steadfastness of their faith, or else relinquish it for the secular lifestyle. Adherence to strict halal dietary laws, for example, might be a challenge, if no other food alternatives are available.

Sending children to public schools might undermine their religious upbringing; however, home schooling poses the risk of social isolation.

A Muslim who refuses to drink “socially” viz not attending banquets that serve alcohol as per Prophet Muhammad’s instructions, might eventually be relinquished by his social circle altogether.

4. Ethnic Culture and Tradition; many Muslims who want to practice Islam face pressure from older generations of Muslims in their own geographical and ethnic environment. The older generation sometimes give preference to culture over the Prophet’s Sunnah.

5. Invasion by Technology; technological devices and information sharing has now enabled pictures, videos and other content to be viewed and shared with others anywhere, at any time. Explicit and impermissible content is no exception.

Muslims today face the challenge of how to follow some Sunnahs of the Prophet (peace and blessings be upon him) despite fitnah (a trial or hardship that puts faith to severe test, or makes obedience to Allah difficult) surrounding them e.g. lowering the gaze when provocative pictures of women appear even on cell phones whilst reading the news.

6. Deviant Islamic Group; unfortunately, some groups among Muslims have fallen into innovations in Islam. Innovations are those religious practices that have no basis in Islam; which the Prophet did not endorse. Whenever someone falls into practicing innovations, he relinquishes the Sunnah.

Can the Challenges Be Overcome?

Overcoming the above challenges to stick to and follow the Sunnah of Prophet Muhammad (peace and blessings be upon him) is an uphill task.

A Muslim nowadays has to not just guard his or her faith from the onslaught of modernism and the prevalence of more fitnah (worldly allurements), but he also has to strive to prove, through his actions, that Islam is practical and easy to implement in all times.

In increasingly secular societies, religion has been divorced from politics and government; progress and advancement is now synonymous with secularism and lack of religion.

Sadly, the economic progress and military power of these societies urge modern Muslims to abandon, rather than follow, the teachings of Islam that were revealed centuries ago.

Challenges of Muslim Women in the Modern Life

Muslim women are ardent followers of the Sunnah of Prophet Muhammad (peace and blessings be upon him) as well.

However, those teachings of his Sunnah that are relevant to men are not supposed to be followed by women, as the Prophetic teachings clearly marked the different requirements of the roles of both genders in society. For example, growing a beard and praying every salah (Prayer) regularly in the mosque are applicable to Muslim men rather than women. 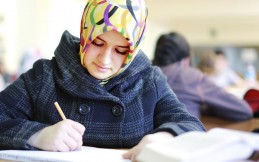 Muslim women, therefore, look up to practical examples from within the Prophet’s life, of women who obeyed and practiced Islam according to his teachings, to get guidance towards how to apply his Sunnah in the modern context today. Foremost among these noble women are his wives and daughters, some of who had significant expertise in matters of Islamic jurisprudence.

Today, the greatest challenge Muslim women face on a global level, when they choose to practically live theSunnah as a way of life, is the assumption that they are oppressed by Muslim men and forced to cover themselves with modest clothing and focus on their homes and families, instead of careers.

Many Muslim women obey Allah’s Messenger and willingly adopt the highly fulfilling Islamic way of life. However, misconceptions about women in Islam, purported by a few legitimate but gender-based differences in Islamic laws and commands, abound in global media, nurturing unjustified stereotyping and propaganda.

Today, several Muslim women who adhere to Islamic guidelines in their practical life have carved a niche for themselves, especially in the field of da’wah (calling others to Islam) through communications media. They are wives and mothers, but also writers, journalists, doctors, lawyers and teachers, who are active in their community and in service of Islam.

Their hijab and other aspects of adherence to Islamic principles do not thwart them from being educated, proactive members of society.

In order to implement the Sunnah in one’s daily life in this day and age, there is no one, clear-cut methodology. Rather, a broad strategy that, when applied in the long-term, leads to surefire results:

1. Gain Knowledge of Islam; by learning Qur’an recitation (tajweed), mastering Arabic, studying Qur’an exegesis (tafsir) and listening to Islamic lectures by the qualified teachers of the ummah, a Muslim can keep himself steadfast upon his practice of Islam, including the Sunnah of the Prophet (peace and blessings be upon him).

2. Study Sirah; (life story of Prophet Muhammad) and Hadith (verified prophetic traditions): This can be easily done through leisure reading and listening to lectures. The more you know about the Prophet, the more easily you love and imitate him.

3. Carry out the Religious Obligations; no matter how tough it might be, always follow the obligations of Islam primarily – such as the five daily prayers and fasting in Ramadan. They keep the Muslim grounded in faith, and prove to be stepping-stones for further spirituality.

4. Pious Company; strive to hang out with practicing Muslims and their families. This will automatically keep you tied to faith-based social events and knowledge circles among the righteous Muslims of theummah.

The challenge today is not whether Muslims can practice Islam and Prophet Muhammad’s Sunnaheffectively or not. The challenge is to overcome the various tangible, social and prejudice-based obstacles that are thrown their way repeatedly by society, which dares them to prove that they can go on in their chosen path without being deterred.

All praise to Allah, Muslims trudge on in increasing numbers, despite the severe opposition.