“The people of Janna will not feel remorse for anything more than their remorse for the times that they did not remember Allah therein.”

Abu Huraira (may Aallah be pleased with him) reported that God’s Messenger said:

“Say La ilaha illa Allah much before you are separated from it.” (Al-Targhib)

It was the Sunnah of the Prophet to make the following dua, affirming Allah’s Oneness and His right alone to be worshiped, every morning and evening.

‘There is no one worthy of worship but God, alone with no partner, dominion and praise is His and He is capable of all things’

one hundred times a day it will equate to him freeing ten slaves, write for him one hundred good deeds, wipe out one hundred bad deeds, and provide a protection from Shaytan for that day until the evening. No one will do better than the one that says this, except the one that does more.” (Al-Bukhari)

What is the secret behind this great reward? 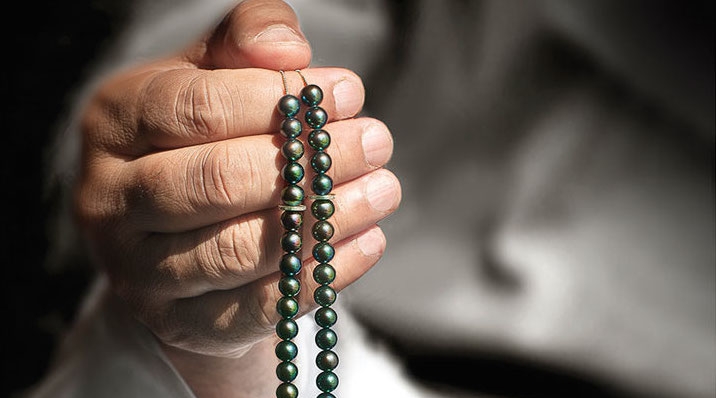 10 Hadiths on Remembrance of Allah

Simple: The affirmation that each of us is temporal and that Allah is Eternal; that everyone and everything in creation is false and Allah is al-Haqq (the Truth); that no one and no thing has the ability to benefit or harm but Allah.

That is why there is no one worthy of any act of worship but Him, Mighty and Exalted.

Saying “La Ilaha Illa Allah” is, as the Prophet said, “the best thing I and all other Prophets have ever uttered.” (At-Tirmidhi)

It is the essence of Islam, the key to paradise, and salvation for those who say it seeking God’s countenance.

La Ilaha illa Allah is God’s grand gateway, the resting place of the worshipful and the paradise of this world.

It is said that La ilaha illa Allah is God’s greatest name, which when used makes one’s dua accepted.

Why is it the best of Dhikr?

Because it has the ability to affect the inward state. It helps to expunge bad character hidden deep in the soul.

It is a reminder that the soul, mind, and body must not be subservient to anyone or anything but its Creator and Sustainer.

Saying “La Ilaha Illa Allah” reaffirms one’s commitment to nothing being above Allah and his right to be worshiped.

Memorize the above dua and make it a point to repeat it one hundred times in the morning and in the evening.