Pakistani Hydro turbines | Hydro turbine manufacture was first introduced to the area by a local blacksmith in 1990.
aaa

Strange as it might seem, local blacksmiths in Gujar Garhi in north Pakistan are successfully lighting up houses in the mountainous areas of the Mardan district of Khyber Pakhtunkhwa province.

The village of Gujar Garhi has been well-known for its iron-based products since the British occupation of Pakistan. The village market often includes a variety of tools and equipment forged from iron by the skillful, local blacksmiths.

Now, some of these blacksmiths have become brilliant manufacturers of hydro turbines. Hydro turbine manufacture was first introduced to the area by a local blacksmith in 1990. 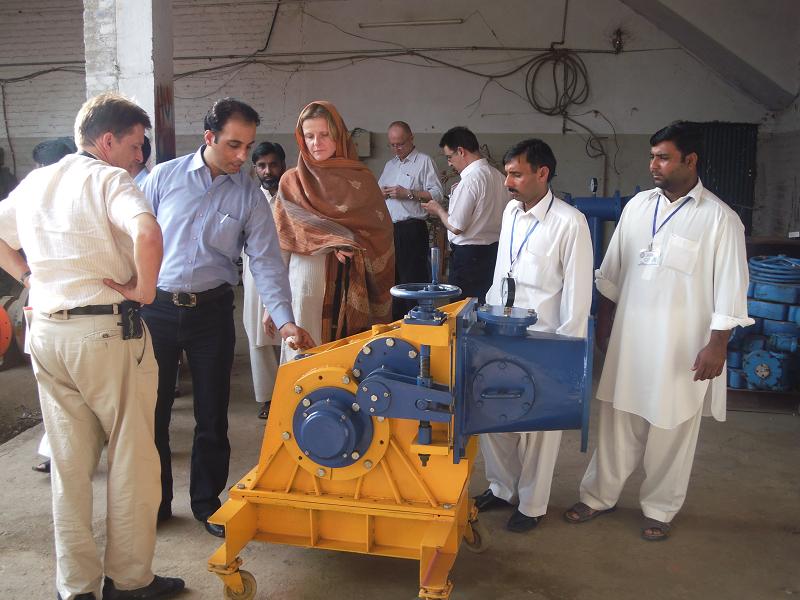 The industry is run by the local Pakistani community based on their own minor resources.

Nizam Uddin, that blacksmith’s older brother, has a business that produces 3- to 250-kilowatt (kW) hydro turbines that have been installed all over the hilly areas of Khyber Pakhtunkhwa and the Federally Administrated Tribal Areas (FATA).

Nizam Uddin’s firm also manufactures hydro turbines for nongovernmental organizations and for government agencies, such as the Department of Irrigation Division of the Ministry of Water Resources.

“The turbines are made by the local blacksmiths while the civil works and water channels are carried out by either the local community or the concerned organizations and institutions,” Nizam Uddin explains.

Nizam Uddin has installed around 50 hydro turbines in the Kohestan district solely for domestic purposes, supplying electricity to more than 5,000 houses. Since 1990, his company has manufactured more than 200 hydro turbines, he says. 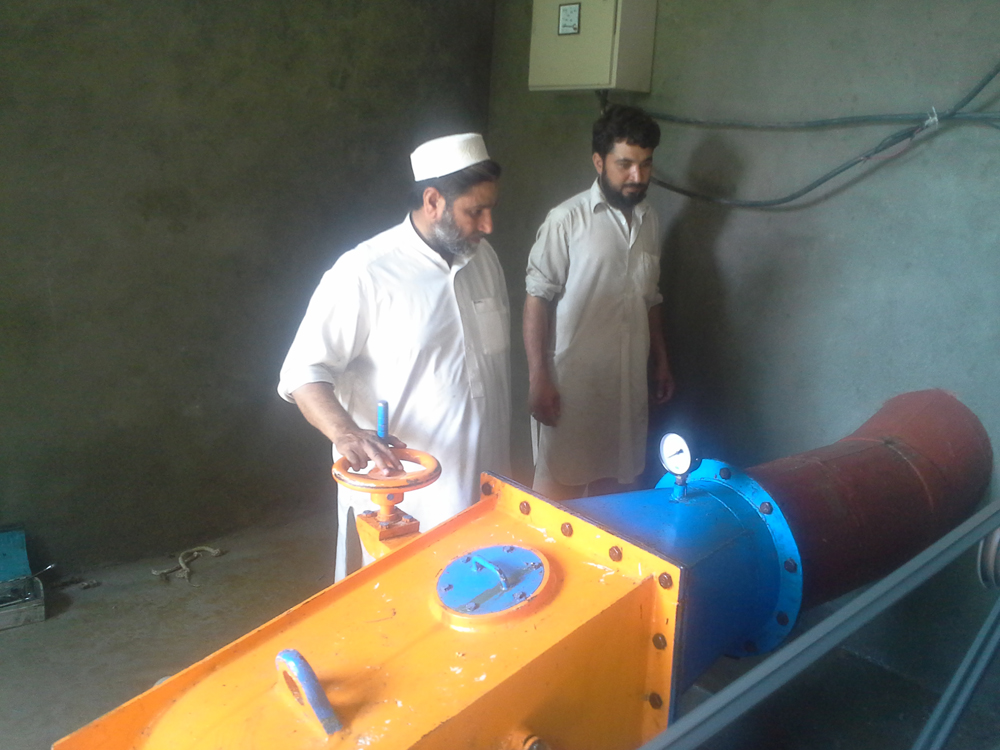 Hussain says they have made turbines that can generate up to 500kW of electricity.

Hadim Hussain, who also works in the area, explains that the production capacity and efficiency of these local-made turbines have been increased from 35 to 70 percent.

“These hydro turbines are mostly installed in those areas where the Water and Power Development Authority (WAPDA) in Pakistan is unable to provide electricity to the people,” he says.

To install a hydro turbine, Hussain explains they first visit the site and calculate the height and slope of the area’s local waterfall. They then design a hydro turbine specifically for that area. Hussain says they have made turbines that can generate up to 500kW of electricity.

“Our company used to export hydro turbines to neighboring Afghanistan. But due to the volatile situation there and the heavy custom duties on the export of turbines, we no longer take manufacture orders from Afghans. We do have an order from South Africa, though, and soon we will export an 80kW hydro turbine to our African client,” he says.

Before the 1990s, hydro turbines were imported to Pakistan from Germany and other developed countries. Back then, the blacksmiths were often asked to repair them and, with the passage of time, they became familiar with how to manufacture their own turbines.

The German Corporation for International Cooperation provided training to all members of Hussain’s company, enabling them to manufacture hydro turbines according to international standards. “Even mechanical engineering students from various universities across Pakistan visit our company to learn,” he boasts.

Hurdles in the Field

Prolonged and unscheduled power cuts in the country have adversely affected business, says Amir Khan, another local blacksmith. When they have electricity, they can make up to 12 turbines per month. But when they experience power outages, they can sometimes only produce four or five turbines. “The government doesn’t assist us in the business,” he adds. “The industry is run by the local community based on their own minor resources.”

He asks that the government designate Gujar Garhi as an industrial area, giving it a separate transmission line of electricity so they can increase their productivity.