From Kuala Lumpur in the east to Dakar in the west, and from Tyumen in the north to Dodoma in the south, research centers and universities in the Muslim World are springing up with the aim of developing cutting edge technologies that will be beneficial to humanity. One of such technologies is Nanotechnology.

Due to its multi-disciplinary and multi-faceted nature, it’s quite difficult to give a single, all-inclusive definition of nanotechnology. Basically, it is often described as the study and design of machines at the molecular and atomic level.

“Nanotechnology is technology in nanosize. One meter (m)= 109 nanometer (nm),” Poppy, a doctoral researcher in nanotechnology at Malaysia’s Universiti Teknologi PETRONAS, told AboutIslam.net. To be considered nanotechnology, structures must be designed with sizes ranging from one to 100 nanometers.

For people who are sparsely thrilled by figures, further illustration is needed to properly comprehend the concept of nanotech and its unusually small unit of measure.

In this minuteness lies the uniqueness and strength of nanotechnology.

“According to Hall-Petch Law, the strength of a material increases with decrease in size. The smaller the particle, the stronger the material produced from such particle,” explained Poppy. With the ability to produce extremely small and equally strong structures, nanotech’s goal of manipulating materials at the atomic level to build the smallest possible electromechanical devices is within reach. 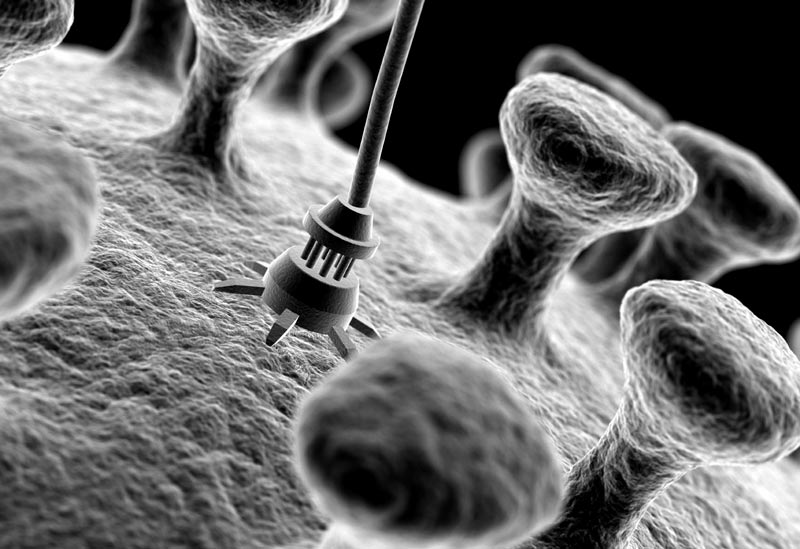 In the 1980’s, machines and other related products were the focus of Kim Eric Drexler’s nanotechnology. He fantasized about building machines at a molecular scale; he was keen on building robots, computers, and even motors at a very small scale, much smaller than a cell.

Three decades later, researchers are now interested in building superior machines at an atomic scale (atoms are smaller than molecules.) Each atom of such machines would be a functioning structure on its own, but when combined with other structures, they would work together to fulfill a larger purpose.

So far, a variety of important purposes are being fulfilled by nanotechnology. Apart from machines, it is being used in medicine, oil and gas, electronics, biotechnology, weaponry and robotics.

“Nano materials used for coating metals make them harder but not brittle, thereby increasing their life span. They can also be used as catalysts in chemical processes. For instance, if a particular chemical process requires 200kg of a macro-sized catalyst, the same chemical process might require just about 2-20kg of a nano-sized catalyst. This is a much lesser quantity, more affordable and more effective,” Poppy explained.

Another possible application of nanotech is the medical nanorobot known as respirocyte. A spherical nanorobot made of 18 billion atoms, respirocytes would mimic the action of the natural haemoglobin-filled red blood cells. Remarkably, a respirocyte is envisioned to deliver 236 times more oxygen per unit volume than a natural red cell if it ever gets to move from theory to practice.

Yet, another intriguing application of nanotech is the ‘nanobandage,’ which is capable of instantly stopping bleeding from minor and major injuries. This bandage is subsequently absorbed by the body, without any reported side effects.

Though existing nano-applications are impressive, there is still a long way to go if the full potential of this intriguing technology is to be realized. According to Mike Roco of the U.S. National Nanotechnology Initiative, there are four generations of nanotechnology development and we are still somewhere between the second and third phases.

Leveraging its superior technological strength, Europe and North America seem to be leading other continents in developing Nano-applications. 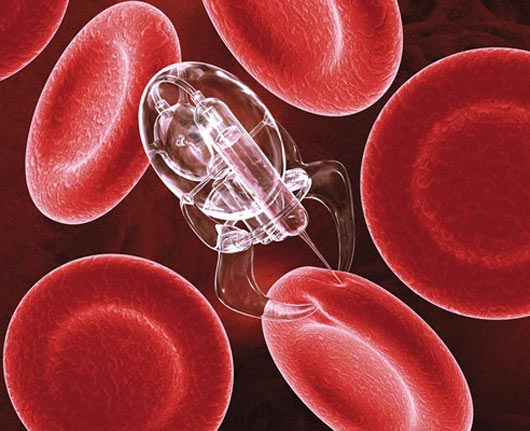 “In Europe, nanotechnology is already at an industrial/manufacturing level. However, in countries like Malaysia and Indonesia, it is still at the research level. Available facilities are not for mass production. We are looking at mass production in the future, such as synthesizing nano-materials on a large scale, but this requires lots of man power and facilities,” Poppy said.

Furthermore, the cost of developing some of these applications is quite high. Production of nano-materials is more expensive than that of macro or micro materials. Moreover, there are lots of uncertainties surrounding the technology and this requires extensive research to unravel. For instance, the life span of nano-catalysyts remains unknown.

In spite of these challenges, researchers are determined to keep exploring the nano-domain. The allure of the enormous benefits which the world stands to gain from the wide-spread use of nano-tech is simply irresistible. Considering the steady progress being recorded in research labs and hi-tech factories, there seems to be good reason to be optimistic. 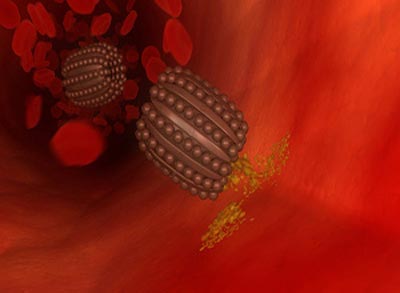 In spite of its great potential, awareness and acceptance of nanotech among regular people is relatively low. This is largely due to the fact that most of its intended applications are futuristic.

Some believe the technology is exaggerated while others think its goals are unattainable.

For instance, it’s difficult to imagine a medical device that travels through the human body to detect and destroy small clusters of cancerous cells before they spread. Or nano-materials much lighter than steel but ten times stronger.

Equally amazing is the laptop sized diagnostic system being developed in the US. When ready, it will enable instant diagnostic screening of blood and urine samples without any need to send such samples to the lab.

The envisaged benefits are quite numerous. Diverse industries like agriculture, medicine, communications, military, IT and others all stand to benefit from the nanotech revolution.

While the significance of nanotechnology cannot be overemphasized, there are growing concerns over the likely negative effects it will have on the society. What if nanotech is deployed in the development of weapons of mass destruction or even used to build microphones and networked cameras for spying purposes?

Another source of concern is the possible effect of nano-materials on humans and the environment in general.

At this stage, it’s difficult to precisely predict to what extent nanotech will actually influence human life positively or negatively. It is only when the technology is fully developed that most of the questions and concerns being raised can be answered.

“Considering the rate of research, I think we will be there in about ten years’ time,” the Malaysian female scientist said enthusiastically. Until then, the guessing game will very well continue.