All The rumbling sound welcomes you as you enter BRAL Residue Treatment Company for recycling refrigerators in Berlin.

Inside the company, several old refrigerators are lined up on a conveyor belt, each waiting for its turn to be reduced into pellets and powder. In less than an hour, 50 of them will be crushed and transformed into several products. In a year, around 150,000 refrigerators will be crushed.

It is the composition of these cooling devices that makes BRAL a unique plant. The refrigerators contain hazardous wastes that are dangerous to the environment.

For instance, they contain CFC (chlorofluorocarbon) gases, which give refrigerators their cooling property, but are blamed for contributing to damages occurring to the ozone layer.

These gases include chlorine, fluorine, sulphur dioxide and ammonia. When excessively exposed to some CFC such as chlorine, many organs may also be affected.

Nobert Storch, BRAL’s Operations Manager, says that all kinds of cooling devices can be recycled at the plant in a controlled and environmentally friendly manner.

CFC gasses such as nitrogen and fluorine are liquefied and sold to other companies for manufacturing new refrigerators. They are also sold to chemical and pharmaceutical companies. For instance, fluorine obtained from the gasses is used in the manufacture of toothpaste.

Several other raw materials are produced as well including plastic, rubber, and metals such as bronze, iron, aluminium and copper. These metals are then sold to other companies for the manufacture of end products.

An average of 10 tons of CFC gasses is recycled each year. “Around 95 percent of materials used to make refrigerators are recycled and only four percent disposed,” says Storch.

Indeed, recycling activities have turned into a sound business venture. BRAL, for example, makes around one million Euros annually and an estimated profit of 60,000 Euros.

The refrigerators are supplied by various companies contracted by Bral. The companies obtain them directly from households and are paid between 120,000 – 130,000 Euros per ton of waste delivered.

BRAL’s success showcases how proper handling of toxic and hazardous waste can offer viable economic opportunities for a country. 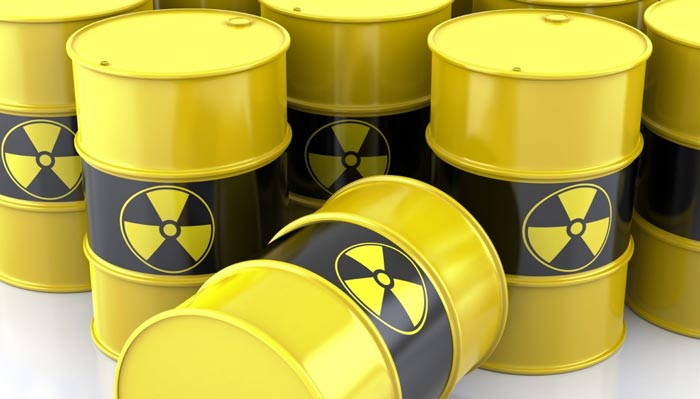 Unfortunately, underdeveloped countries are technologically and financially disadvantaged to manage hazardous wastes, and national laws that regulate their handling are either weak or lacking.

So while the legal framework in the European Union (EU) and the OECD (Organization for Economic Co-operation and Development) enables proper handling of such wastes through means as recycling, the situation in poor countries is appalling.

The Basel Convention on the Control of Transboundary Movements of Hazardous Wastes and their Disposal came to light in 1989. The Convention, seeks to minimize the movement of wastes across international borders through agreed upon rules and procedures. However, experts have poked holes in its effectiveness.

Dr. Joachim Wuttke from the German Federal Environment Agency which represents Germany on matters related to the Basel Convention at the OECD and the EU says that over the years the convention has faced problems. He says that some wastes are not listed under the convention.

“A lot of things are going wrong,” he said. “The Basel Convention was designed to control transboundary movement of what was then considered hazardous waste, but did not factor in waste like electronics and old ships.”

He went on to say that, “The component of waste recycling technology transferred between developed and developing nations was never factored in it.”

He gives examples of electronic waste from old computers that find their way to poor countries, and old ships which usually dock in ports in South East Asia for dismantle. Handling such waste poses as a danger to both the people involved as well as the environment.

Poor workers in countries like Bangladesh are exposed to toxins as a result of crudely handling heavy metals like mercury, lead and asbestos in docks where old ships are dismantled.

Wuttke says that what makes matters even worse is the fact that different countries have different definitions of what is regarded as hazardous waste.

Wuttke decries the poor monitoring of the transboundary movement of toxic waste from developed to underdeveloped countries and links it to the lack of proper monitoring and data collection in many countries.

“The decision that a ship should be taken into a harbor as waste, is taken by ship owners at sea without involvement of any other party,” he says.

“We need to identify the source of the problem to solve it. There is no control, for instance. There are no statistics on waste entering countries in Africa, [or on] the amount of waste generated locally in those countries,” he adds.

Even if developing nations were to apply the Basel Convention to prevent toxic ships from entering their waters for dismantling, they will still be faced with many legal challenges.

Hazardous waste dumping is conducted by shrewd firms that collude with ship owners to evade surveillance from port officials in the developed nations and who are good at exploiting international conventions.

“The [monitoring of] illegal trade in hazardous waste is difficult because it is underground. Sometimes the waste is labelled ‘industrial goods’,” explains Wutke.

Non-governmental organizations are concerned with the situation. Watch Indonesia, an Indonesian NGO, has been focusing on ridding the country of the problem of hazardous waste among other problems related to the environment and human rights.

Alex Flor, from the NGO’s Berlin office, says that unlike in most countries, much of the hazardous waste in Indonesia is generated locally by western firms escaping the stringent regulatory framework in their own countries.

“What we are emphasizing is that waste should be treated according to a set standard irrespective of where it is being generated,” he says.

Flor says that companies manufacturing products in the developing nations for sale in Europe should pay for the costs of hazardous waste management even if it means passing the burden on to their consumers.

“It does not pay to have a T-shirt cost one Euro in the EU while Indonesian rivers are being polluted,” he notes.

His views are reiterated by his colleague, Marianne Klute, also from Watch Indonesia, who says that developed nations should not dump their problems onto the developing ones.

With the current problems associated with the Basel Convention, and given that generation of hazardous waste is inevitable in most industrial processes, more investment in recycling technologies, as is the case of BRAL in Berlin, could play a positive role particularly in poor countries, not only by protecting the environment but also by creating safer jobs.