Al-Kindi was a prominent individual and a versatile genius in the History of the medieval Islamic Golden Age. He was known as the “Father of Islamic Philosophy”.

The titles he earned were endless, aside from being an Iraqi Arab Muslim philosopher; he was a polymath (great thinker due to extensive knowledge in many fields), mathematician, physician and a musician.

His works in physics, philosophy, cosmology, mathematics, optics, music, cryptology and medicine had a huge influence on later centuries and other civilizations of the world.

Al-Kindi was from a noble Arab descent and was raised in Iraq under the patronage of science-loving Muslim caliphs. His childhood was spent in Kufa where his father was a governor, yet he received his higher education in Baghdad.

His attitude and keenness towards learning and education lead him to be appointed to the House of Wisdom ‘Baytul Hikmah’, an established center for translation of Greek philosophical and scientific texts.

Aside from translations, Al-Kindi was well known for his calligraphy. The rise of different knowledgeable Muslim Abbasid caliphs had various impacts on his success.

However, as the caliphs gradually changed in Baghdad, his star eventually waned until he died at the age of 72, being known as a “lonely man”.

Unfortunately, succeeding his death, many of his works fells into obscurity or were lost, only to be resurfaced to Islamic scholars and historians of later times.

Regardless of the fact that he was to be overshadowed later by Ibn Sina (aka Avicenna) and Al-Farabi, he was nonetheless one of the greatest Muslim philosophers of his time.

Gerolamo Cadano, the Italian renaissance scholar, also known as the ‘Founder of Probability’ and the ‘Establisher of Binomial Coefficients and Theorems’, considered Al-Kindi to be one of the great minds of the twelve greatest minds of the Middle Ages.

Cadano translated many of his books to Latin and used them for his educational development. 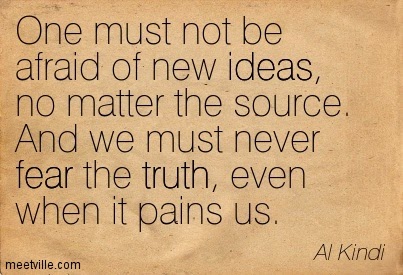 Al-Kindi wrote at least 260 books where he made important contributions to geometry, logic, physics, medicine and philosophy.

It was through Al-Kindi’s systematic determination of the dosage of each medication that helped in the development of dosage standards, also known as prescription, for patients.

Aside from prescription, the Arab scientist has also developed a system based on the phases of moon, which would allow doctors to determine the most critical days of a patient’s illnesses.

In regards to chemistry, Al-Kindi debunked the myth that simple elements cannot, through a series of reactions, turn into heavy elements such as gold or silver, and at times, he is credited as the initial distillers of alcohol.

He also contributed to mathematics by providing a foundation for modern arithmetic, spherical geometry while assisting Al-Khwarizmi with astronomical studies.

His contributions in medical and pharmaceutical disciplines lead to the biggest hospital in present day Baghdad to be named after him, the Al-Kindi General Hospital.

is contributions in medical and pharmaceutical disciplines lead to the biggest hospital in present day Baghdad to be named after him, the Al-Kindi General Hospital.

He also contributed to geometric optics, a special field of physics, and wrote a book on this topic.

His enthusiasm and perusal of knowledge expanded to music as he researched some of its scientific aspects.

He proved that various notes when combined to produce a harmony all have a specific pitch. He also demonstrated that the frequency of notes determine the degree of harmony.

He also provided a method to help determine the pitch. Moreover, he correctly first hypothesized that sound generates waves in the air when it is produced, and the generated waves strike the eardrum, that causes us to hear the sound.

Aside from his contributions in many scientific fields, he was an important bridge between the Greek philosophy and its Islamic counterpart.

He was different than the people of his times. He didn’t believe in confinement, as others of his time did, to limited Muslim sources, but rather sought wisdom even from sages left by the Greeks.

His intrigue and intelligence led him to conclude that the First Cause discussed in Aristotle’s proof is the God mentioned in the Holy Qur’an, Allah.

Like all Muslim philosophers, he believed that Muslims should seek the truth wherever it was found, regardless of the age, race and religion, from where the truth unveils itself.

He was revealing teachings from the Holy Qur’an about God through logic and rationale. The Qur’an invites each and every individual to learn from nature, to reflect, to mold and shape the environment so that they may absorb its wisdom.

“We shall show them our Signs on the horizon and within their souls until it is manifest unto them that it is the Truth.” (Surat Fussilat 41:53).