{Then when the Horn is blown with one blast. And the earth and the mountains are lifted and leveled with one blow – Then on that Day, the Resurrection will occur.} (Quran 69: 13-15) 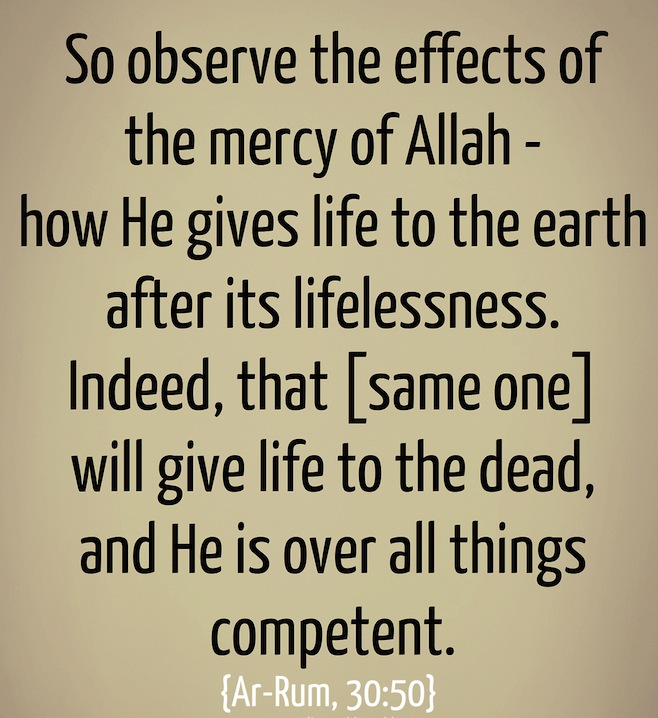 In many verses, the Quran very clearly explained how we were created. God created human beings from clay and to there we will all return and from there we shall be raised again.

{And of His signs is that He created you from dust; then, suddenly you were human beings dispersing [throughout the earth].} (Quran 30:20)

But how shall we return in the same shapes that we were before death? This question was frequently asked and denied by the disbelievers of old times.

{When we have died and become dust and bones, are we indeed to be resurrected? And our forefathers [as well]?}

Simply put, just as we see how God revives the earth after it is lifeless, just as a seed comes out of the earth, we shall be brought out that way. God says: 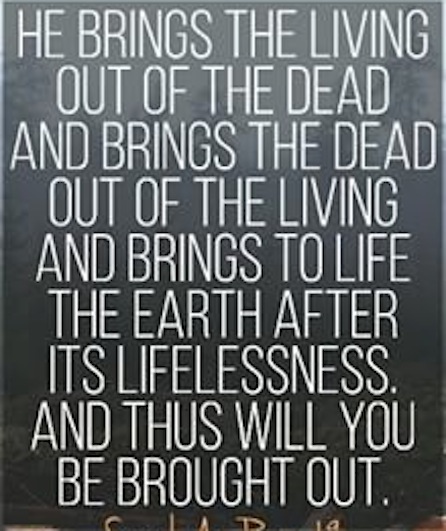 Abu Hurairah reported Prophet Muhammad (peace be upon him) as saying:

Between the two blowings of the trumpet (there would be an interval of forty).

“Do you mean forty months?”

“Do you mean forty years?”

Then Allah would cause the water to, descend from the sky and they (people) will sprout like vegetable. The only thing in a man which would not decay would be one bone (the tailbone) from which the whole frame would be reconstituted on the Day of Resurrection.”

Prophet Muhammad (peace be upon him) also said:

“The earth would consume all of the son of Adam except his tailbone. From it he was created, and from it he will be recreated (on the Day of Resurrection).” (Muslim)

We will be raised from the depth of the earth naked like we were first came from our mothers’ wombs. Narrated `Aisha:

Allah’s Messenger (peace be upon him) said:

“The people will be gathered barefooted, naked, and uncircumcised.”

“O Allah’s Messenger! Will the men and the women look at each other?”

“The situation will be too hard for them to pay attention to that.” (Al-Bukhari)