It was a successful conference with 90 revert attendees. Ma sha’Allah there was positive feedback from the participants.
aaa

O mankind, indeed We have created you from male and female and made you peoples and tribes that you may know one another… (Quran 49:13)

One of the beautiful aspects of Islam is the cultural diversity; Muslims from all corners of the globe gathered together under the umbrella of Tawheed of the Almighty.

Muslims born into the religion as well as reborn into it, as believe it or not we were all born Muslim! It was narrated by Abu Hurayrah that the Prophet (peace be upon him) said:

Every child is born in a state of fitrah (the natural state of man, i.e., Islam), then his parents make him into a Jew or a Christian or a Magian. (Agreed upon).

Muslim Reverts are part and parcel of the Islamic Community. Lead of Why Islam Central Team in Dallas,Texas, Shazia Alhassan, shared her thoughts on the cruciality of the role of Why Islam and what led her to join it:

“The Why Islam department has always been very important to me. I feel that it is vital for us as Muslim Americans to get out there in our Community and show people what Islam is really about. Why Islam allows me to spread the message of Islam and hopefully change some perspectives during these hateful times along the way.

The reverts conference was a great success Alhamdulillah. It’s absolutely important to have events such as these because our Revert brothers and sisters are given the opportunity to learn and ask questions in a safe atmosphere.

Too often we have brothers and sisters who revert to Islam yet don’t feel included. The reverts’ conference was created in order to allow for a more inclusive community that caters to everyone’s needs as well as provide a place where other reverts could meet one another and learn together.” 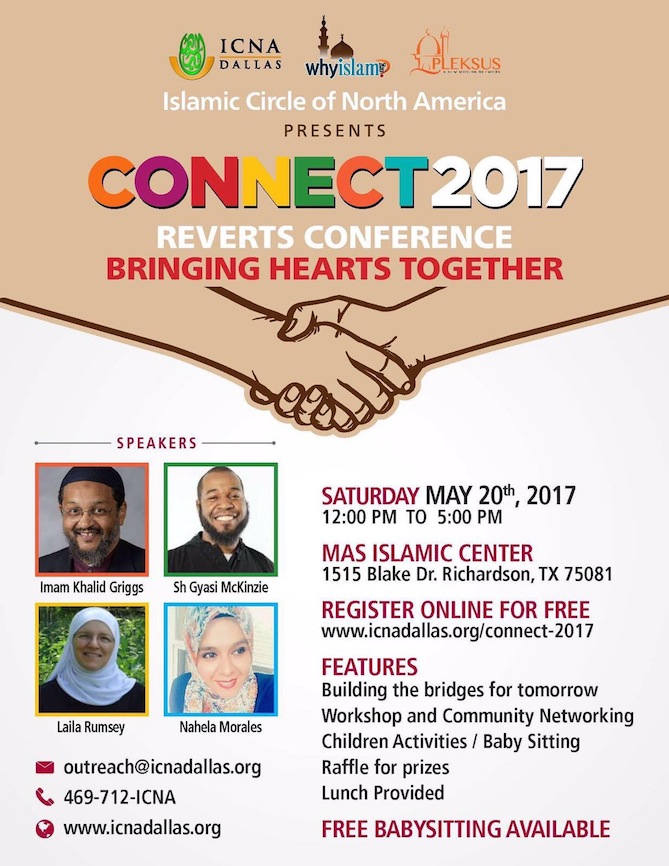 Why Islam DFW (a branch of ICNA) hosted its’ second Reverts All Day Conference, “Bringing Hearts Together 2017” on Saturday, May 20 at MAS (Muslim American Society) Center.

Alhamdulillah it was a successful conference with 90 revert attendees. Ma sha’Allah there was positive feedback from the participants.

It was a lovely day filled with motivational speeches, every day jurisprudence, revert stories, issues of new Muslims and network opportunities. 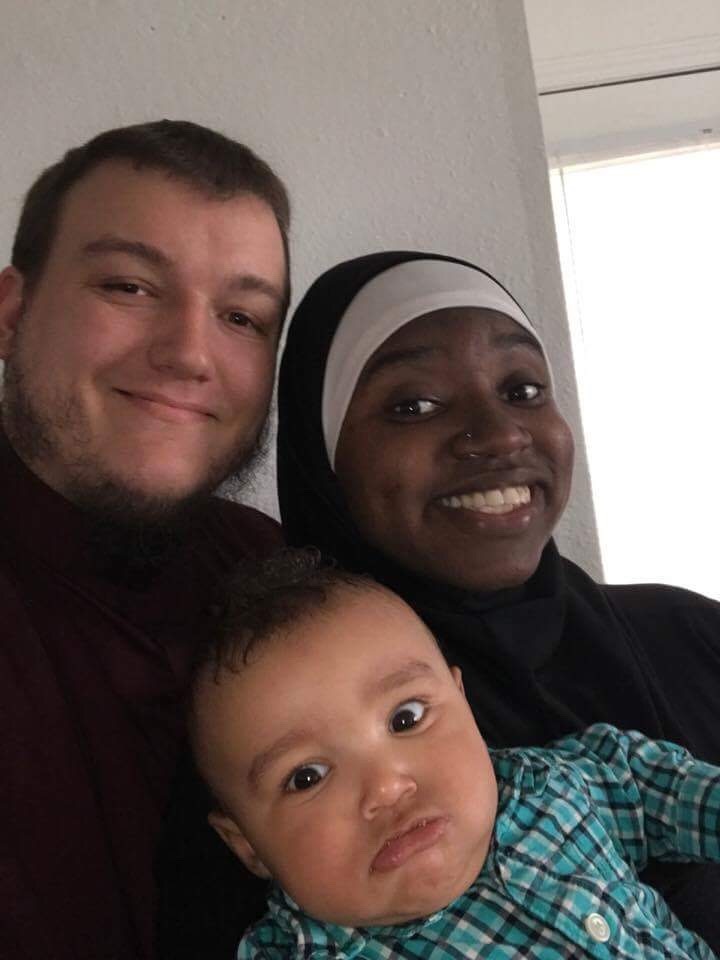 The Gardner Family at the “Bringing Hearts Together” Conference

Alhamdulillah I had the opportunity to speak to the Gardner Family who were thrilled to attend the Conference. Their reflections were indeed soothing to the heart.

“James Abu Amir Gardner and Zykia Khadijah Gardner want to thank the blessings of Allah to be able to experience being at the Revert Conference of 2017. First off we want to start by saying we are highly thrilled and honored to be asked to help write an article for “aboutIslam.net.” It’s an amazing opportunity to contribute to such a beautiful organization. ”

Khadijah Gardner: “Assalamo Alaikom. My name is Khadijah and I’m 19 years old from Austin, TX. I reverted to Islam from the religion Christianity when I was 15 years old on December 4th 2013. I’ve been Muslim for about 4 years now. I’m mother to a beautiful boy named Amir. As of right now I live in Dallas TX.”

Abu Amir Gardner: Asalamo Alaikom. My name is James Gardner also known as Abu Amir. I’m 27 years old from Howland, ME. I grow up in a small town in Maine where there was only two masjids in the entire state. I was a pastor of Christianity before I reverted to Islam. I reverted to Islam on March 13 2013. I’m a father to a handsome son named Amir. I officially live in Dallas TX.”

Suzana Nabil Saad: How was your experience at “Bringing Hearts Together” Conference 2017:

The Gardner Family: “The Revert Conference of 2017 was the best experience we ever experienced. The program was ran so smoothly. When we first came in we were immediately greeted and checked into the program. The set up was nicely planned out. They had a lovely daycare Masha’Allah.

This conference taught us a lot that no matter what the conversation that’s being spoken about at the moment, that you can’t never take away the humanity in the room. We talked about racism, African American history, the Hispanic heritage history. You name it! We talked about it all. Now you know that these are some touchy topics that people usually burst out into flames on. We all talked peacefully on these subjects Alhamdulillah.

This conference had a vibe that we felt like we were at home. That’s how lovely the atmosphere was. You had to be there to experience this beautiful audience. The speakers who spoke were very informative and they connected to the both of us because they spoke from a Revert’s perspective rather they were born Muslim or not. To connect this all together, we are graceful and thankful for being apart of this event that Allah has blessed us to be at.”

Suzana Nabil Saad: Masha‘Allah what a beautiful experience indeed! How were you further motivated by the speeches at the Conference? 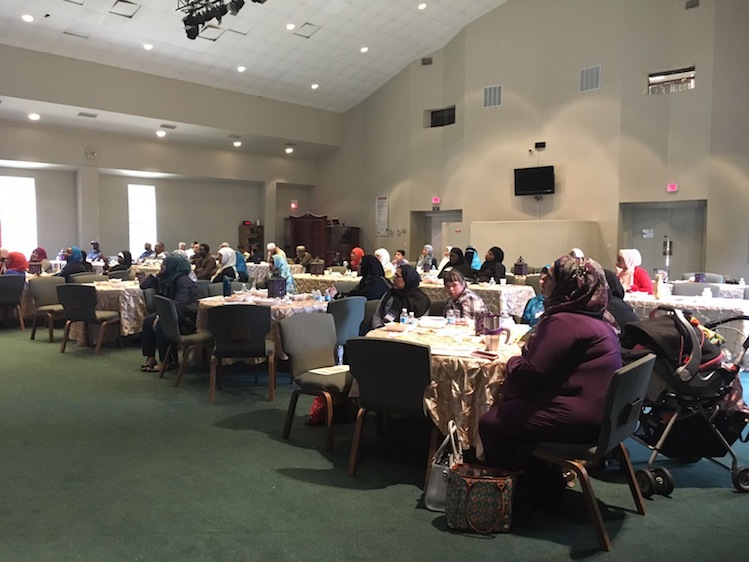 Sister Aminah Choudhry: Aminah spoke about the transformation when within the indigenous and immigrant Muslims. She spoke about the struggle the African American community had within the Islamic history. She inspired us not only to embrace our culture but to embrace in learning about other cultures who mattered as well.

Brother Imam Chris Bradford: Imam Chris did an inspiring spoken word on his life as a Muslim man. His story truly showed us what it really means, what it’s like to give back to the community. He motivated us to want to be involved in the community and to do great things for the sake of Allah. He inspired Khadijah (me) to want to start working on a spoken word.

Sister Nahela Morales and a brother from the community of brother Imam Khalid at Dallas: Answered questions that Sister Samira had for them. Some of the questions were how do you guys deal with separating Islam from your culture. That’s honestly one of the biggest things that a Muslim has to know how to separate because those are two separate attributes.

Brother Riyaz Lareef: Riyaz spoke on the behalf on what Why Islam is and what ICNA is. He explained the goals and the road to success that they plan to grow in within the Islamic society. He made people realize how can we get involved in doing Dawah to the non Muslims in the community.

Imam Khalid Griggs: Imam Khalid spoke about the importance of your identity within yourself as a Muslim. He made us understand that you have to know where you stand and know how society views you as a Muslim is most likely what you will not expect for them to do.

Abu Amir aka James Gardner: Abu Amir spoke about the life and experience on his journey to Islam. His story helped to embrace on getting out there to do Dawah to the Christian community to help them understand the religion since he has a background of being a pastor. He connected us to the fact that being Muslim in America is a challenge due to the downfalls of the community, but that can’t stop us from embracing Islam.

Brother Gyasi McKenzie: Gyasi spoke about the importance of strengthening the faith within Islam because you have to have hope first then the faith will come into place. He developed a terminology that as Muslims we must connect back to our Lord and make sure the faith we have in Him is real and always there in existence.

Suzana Nabil Saad: Jazaki Allahu Khayraa for this lovely interview. It was a pleasure talking to you and sharing your experience with the world. May Allah bless you and your family and reward you.

The Gardner Family: We would like to thank you Sister Suzana Nabil Saad for giving us the opportunity for letting us tag along with your article. We truly enjoyed this act of a good deed.