I discovered more things about Islam. I found out that Islam controls every aspect of the human life, that it is a perfect religion.
aaa

I was born in Greece, a country known for being one of the most ‘homogenous’ Christian countries. Almost 99% of Greek people are Orthodox Christians.

My parents were both teachers of the Christian religion in schools, so I grew up in a Christian environment.

When I was very young (before 12 years old) my mother always insisted to take me with her to the church every Sunday. My father didn’t use to go there.

When I reached puberty I didn’t want to go to church. I didn’t feel anything special there and I preferred sleeping or watching TV on Sunday mornings. In the subject of the religion education in school I was very bored and didn’t pay attention to it. Most students didn’t as well.

Then I became 16 years old. It was the first time we were taught about the other religions at school. I discovered Judaism, Buddhism, Hinduism and Islam of course.

I noticed that the teacher was neutral in teaching us about the other religions, but when it came to Islam she would become angry and showed us her hatred towards Islam. I wondered, why? I found the teachings of Islam very interesting.

When I finished school I discovered a book named ‘Islam’ written by a Greek Christian scholar. This book described the basics of Islam, but it was very biased. I learned many things from it, but in the final chapter the writer wrote: “The Islamic belief is wrong. The true god is the holy trinity, Jesus was not just a messenger, but the son of god” and things like that.

Then the great question came to my mind “What if the Christians are wrong and mistaken?

What if the trinity doesn’t exist?

What if Jesus was just a good man and not a god?”

Faith… I didn’t like that word. I have a tendency to use logic everywhere. Why should I have faith in something not clear? Islam seemed more logic to me.

A Muslim at My University 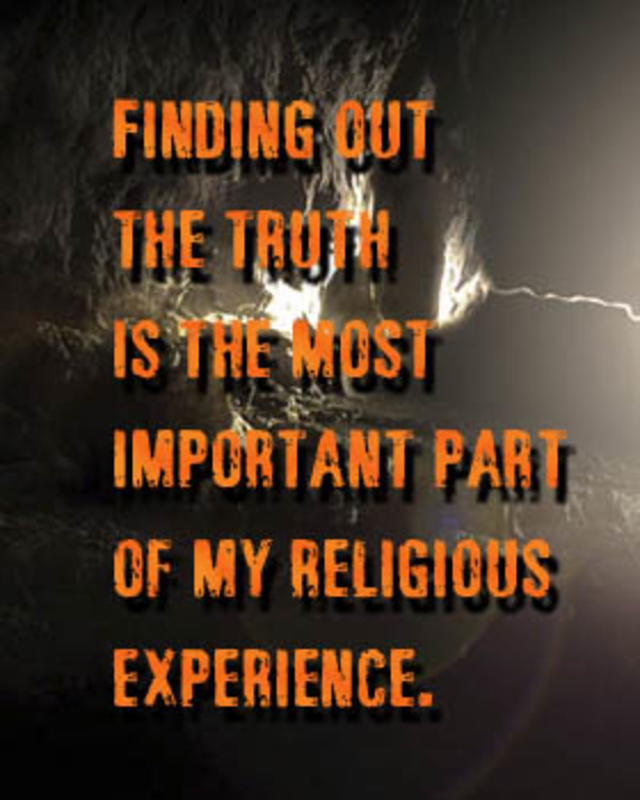 And then I got into the university. I went to a town in Greece where there is a Muslim minority. I met some Muslim students who lived there. They were not practicing Muslims, though, so I thought that if they didn’t pay attention to their religion, then is Islam like Christianity? Are young people bored with it?

One day I met an Arab student who had come to study in my university. We became friends and one day we had a talk of our religions. I told him that I didn’t go to the church or be a practicing Christian. I believed he would be like the other Muslim guys I met. I was wrong. He told me that he performed 5 prayers every day, that every Friday he visited the mosque, that he abstained from alcoholic drinks and didn’t have a girlfriend, like the other Muslims I met.

During all my previous years, I thought that every pillar in Islam wasn’t compulsory, but that it was just a good thing to do everything, just like Christianity. This guy told me that I was wrong. I felt very strange. I discovered more things about Islam. I found out that Islam controls every aspect of the human life, that it is a perfect religion.

I continued being friends with this guy and we became roommates then. Then a scandal happened in the Greek church. I was disgusted. I thought that if the priests did such great sins like stealing and homosexuality, then Christianity was a hoax. I went to my new roommate and I told him that I wanted to embrace Islam. He was moved and gave me a big hug. I pronounced the shahadah and I started praying. I am a Muslim now, al-hamdu lillah, and I feel great.

I haven’t told my classmates about my conversion to Islam yet. Only the Muslim community in my town knew that. But then, my mother and sister found out and our relationship was almost destroyed. My sister still doesn’t talk to me, despite my efforts to approach her and my mother has become cold with me. Every day in my dua (supplication) I ask Allah to guide them to the right path.

I met the imam and other good practicing Muslims here and I have learnt many things since. I am almost 19 years old now. I am a practicing Muslim, everyone respects me and they even ask me questions about Islam.

I still have to learn many things, but I want to help this Muslim community here, because most of them have lost the right path. I make du`a’ for them and I hope that they will return to the straight path.