A careless word can ruin one’s day. It can take away one’s self-confidence. It can even kill.
aaa

Amina was sitting among the women who’d come to attend her wedding ceremony. She was wearing full hijab, and she had done her own makeup to save the unnecessary extravagance of spending lots of money in the beauty parlor.

Before arriving at the venue, she’d looked in the mirror one last time with shy self-acknowledgment. She looked beautiful, and yet not dolled up like conventional brides. She was happy with her efforts, and she felt blessed that she could stick to the Sunnah despite social taboos.

“It doesn’t matter,” said Amina smilingly to her friend. The criticism hurt her, though she didn’t show it.

“But it does. What color is it, anyway? Where in the world did you get it? It looks ugly. Here, take mine.” She began to rummage in her bag.

Later, when Amina refused to take her friend’s lipstick despite much pressing, Hamnah said to Ishra angrily:

“Some people just don’t know how to appreciate your help.”

Sanjida is frustrated with humankind. She just doesn’t understand why everyone is so hypocritical. The other day, a friend got angry at her and cut off their friendship, just because she had told her that she was a liar and that she should clean her dirty tongue.

“I’m being truthful. If people can’t swallow the truth about themselves, then that’s not my fault.” 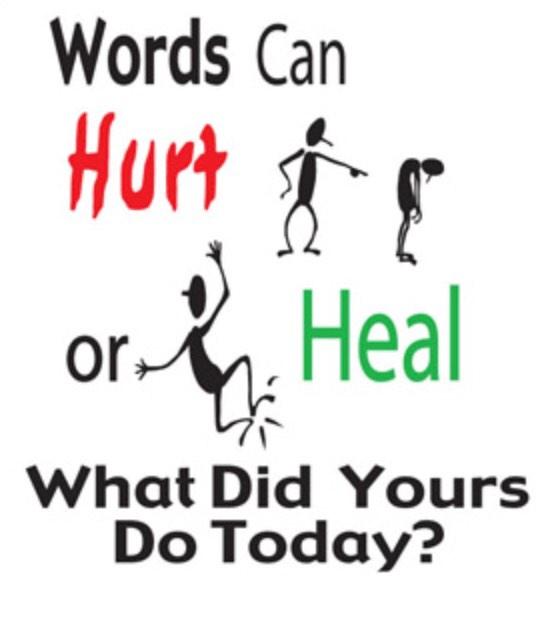 There are a thousand ways of saying the truth. That’s the beauty of human language. It gives us such flexibility of expressing our thoughts and emotions that poets throughout history have never run out of saying the same exact thing in novel ways.

There’s a whole science in the Arabic language dedicated solely to the beauty of speech – balaaghah. ‘Balaga’, the root verb, means ‘to reach, to arrive at’. The point of a speech that is ‘baleegh’ is to reach the heart of the person it’s addressed to.

In fact, the speech that is at the pinnacle of balaghah is the Quran. Allah Almighty speaks the truth, but He does so in a way that serves its purpose – to make us understand in a way that is most suitable for us, the audience.

When we are tempted to use the I’m-only-telling-the-truth excuse for being rude, we must remind ourselves of the purpose of telling the truth in the first place, and whether our rudeness will serve the purpose.

Allah tells us in the Quran, not just to speak the truth but to:

A Muslim is he from whose hand and tongue the Muslims are safe. (Muslim 41)

“Harming” someone is a broader concept in Islam than we often think. Even looking at someone you’re not supposed to look at can constitute harming. Going to the masjid smelling of garlic or onions is harming the worshipers.

We probably cause people the most harm with our tongues. It’s so easy to utter words that sometimes we say things we don’t even really mean, and yet cause damage the extent of which we’re unaware of. A careless word can ruin one’s day. It can take away one’s self-confidence. It can even kill.

A young, intelligent boy had his mother constantly nagging him regarding his exam results. “If you don’t get A plus,” she said to him one day: “I don’t want to see your face again.” And he didn’t show her his face. He committed suicide.

People don’t commit suicide often. What happens more regularly is that they get hurt by our words and still keep silent. But their silence doesn’t take away from our sin.

And those who harm believing men and believing women for [something] other than what they have earned have certainly born upon themselves a slander and manifest sin. (Quran 33:58) 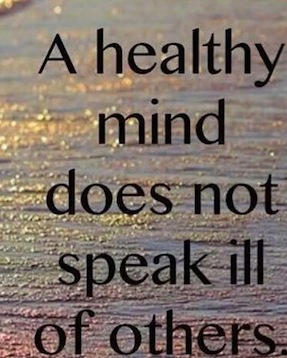 Sometimes we think that, while backbiting is a disgraceful sin, “frontbiting”, i.e. saying things to someone about them to their face that he or she doesn’t like to hear, isn’t so bad. After all, we’re not stabbing them on the back, are we?

But is it really better to stab them in the front?

O you who have believed, let not a people ridicule [another] people; perhaps they may be better than them; nor let women ridicule [other] women; perhaps they may be better than them. And do not insult one another and do not call each other by [offensive] nicknames. Wretched is the name of disobedience after [one’s] faith. And whoever does not repent – then it is those who are the wrongdoers. (Quran 49:11)

Does that mean we stop pointing out people’s faults to them? Giving good advice is a part of Islam, and it’s a right other believers have on us that we act as their mirrors. The purpose of giving constructive advice to someone is to help them become better believers. In order to avoid frontbiting while trying to give constructive advice, we need to:

1- Remember why we’re doing it.

Allah is Gentle and loves gentleness, and He grants reward for it that He does not grant for harshness. (Ibn Majah 3688)